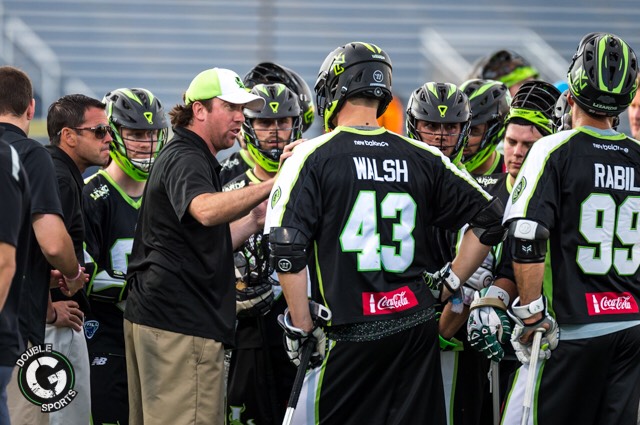 Do the New York Lizards need a shakeup on defense?

The New York Lizards were streaking going into their matchup with the undermanned Florida Launch, but 20 goals and one loss later, the Lizards are back under .500.  The Lizards lost a close one to the Launch 20-18, but the biggest concerning was the Lizards’ inability to stop the bleeding when they needed to most.

The Launch took an early lead in the first half and went into the locker room ahead thanks to four goals by Dylan Molloy.  The Lizards came storming back from a 12-7 deficit, scoring four straight and making it a one goal game.  However, the Launch came back with three more that ultimately led to the Lizards’ downfall.

The ‘Zards biggest inability this year has been stopping the bleeding.  As mentioned before, every time the Lizards get within striking distance they lose focus and give up a few goals in their own end that they really shouldn’t have given up.  They have the players, with guys like Kyle Hartzell and Joe Fletcher, but there seems to be some kind of disconnect when the opposing team comes down the field.

Drew Adams and Brian Carcaterra have both gotten action this season, Carcaterra more than he really should considering he signed up strictly as a backup.  However, due to the gaping holes in the defense and the one man show Deemer Class putting up a six spot on them (all two point goals), there’s only so much the goaltending can do.

In my mind, it’s not a personnel problem but a structural problem.  The Lizards seem to struggle most when their opponents are clearing the ball and setting up a fast break opportunity.  In Class’ case, he was left wide open for each of those two point goals.  In all other cases, the Lizards seem to be just a step too slow in stopping their opponents.  Either way, head coach Joe Spallina and his staff have a lot of work to do to shape up this Lizards’ team for a playoff run.  They meet the Charlotte Hounds this Saturday at Hofstra, and hopefully by that time they’ll be able to shore up their defense.