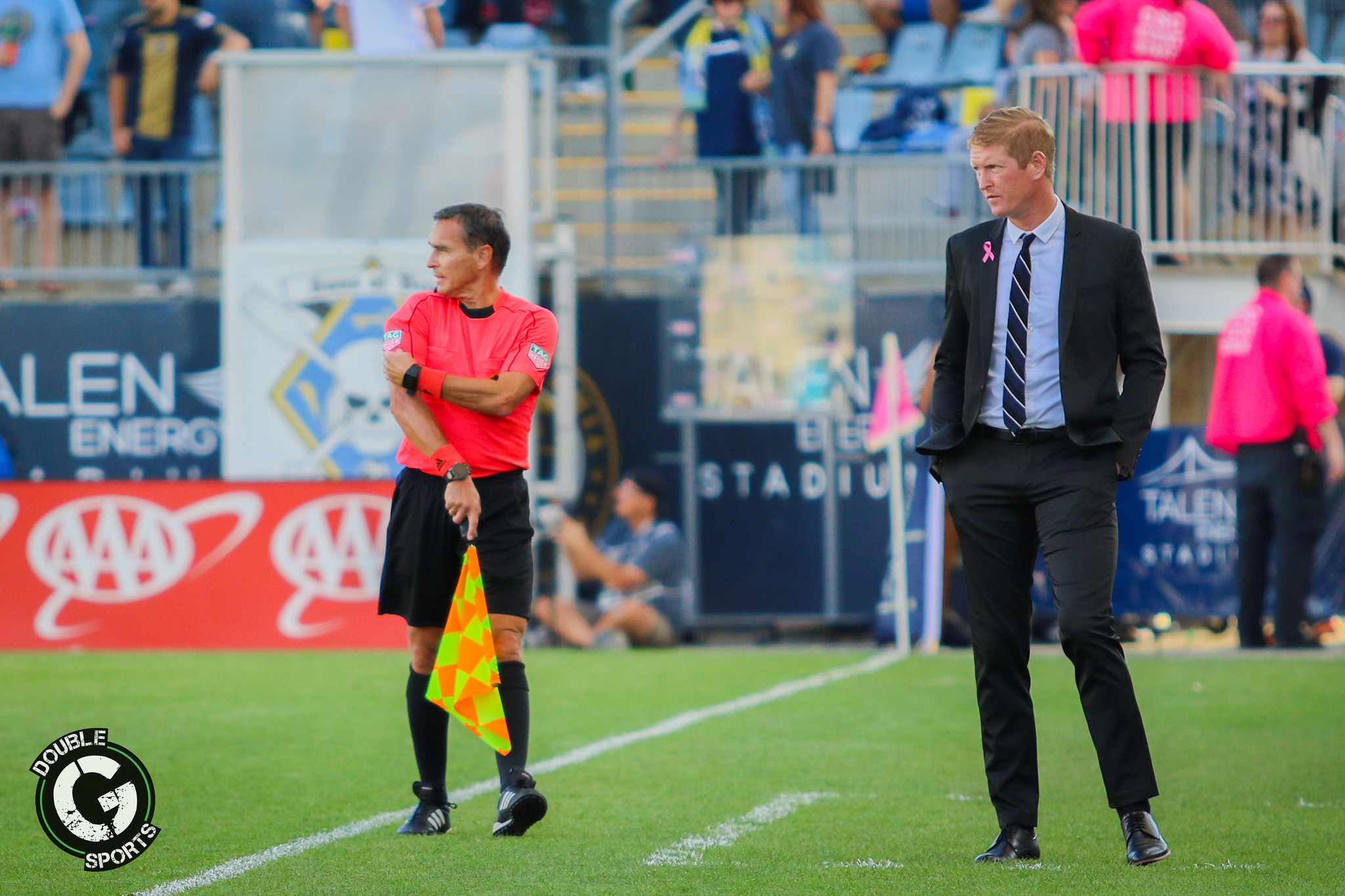 Do you actually want the Union to win the U.S. Open Cup?

Allow me to give you a proposition, a chance to write the history of your club. Would you rather win this upcoming Lamar Hunt U.S. Open Cup final and have head coach Jim Curtin sign on for another few years and have things stay the same, or lose in hopes that the culture of soccer changes in Philly?

Even with fans’ emotions riding high following Union’s 1-0 quarterfinal victory over Orlando City S.C. at Talen Energy Stadium on Wednesday, I’m still not so sure that all fans would take the former.

Yes, picking up the club’s first ever trophy would be a tremendous feat. It’s an achievement for every club, and something fans would cherish forever. It would bring closure for those who suffered through the heartbreak of back-to-back final defeats in 2014 and 2015. I get it but would it change the culture in Chester? I think not.

Something in the culture of Union soccer is long overdue for a drastic change. That change will either need to start with manager Jim Curtin or at the very top, but nothing leads me to believe anything at the top will change. Much like that basketball team a few miles up I-95 North, the Union has taken this “Trust the Process”-esque approach, expecting fans to sit idly by and wait patiently for 8+ years while they build something great. That’s not how it works in soccer. You don’t find Joel Embiid type players in the MLS SuperDraft. You don’t develop Ben Simmons’ in your academy. You don’t even find a Dario Saric every day, not without going out and getting them as the LA and New York teams in MLS do.

There’s an accountability issue starting in the front office where one playoff appearance in four years under Curtin has been deemed ‘good enough’ by the Union hierarchy. Imagine any other league in world soccer (if other leagues had playoffs) where this would be acceptable. Teams in Europe cycle through managers like there’s no tomorrow because, for some, there’s a possibility of having no tomorrow if you find yourself in a relegation battle, something we don’t yet have here in American sports. There’s too much at stake for clubs to be able to tolerate not getting results the way Jim Curtin and his Union squad have in the past. To place all of the blame on Curtin would be foolish, but he does deserve a lot.

The thirty-nine-year-old Villanova alum and former MLS center back Curtin is a soccer scholar. He knows and understands the game as well as anyone, you can hear it in the way he speaks. One does not just bring your club to the brink of an Open Cup final victory twice by accident. What makes Curtin a lackluster coach is not his lack of understanding of the game. It is his inability to adapt in certain matches and get the best out of his players.

The Union has been playing the 4-2-3-1 formation since the christening of Curtin as manager in 2014, and whether he has a say in this or if he has been playing puppet for general manager Ernie Stewart remains to be seen. Perhaps you can blame the Union’s failure to attract big talent, but at the end of the day, he still has to get the most out of the talent that has been given to him, e.g., David Accam.

Union fans should fear an Arsene Wenger/Arsenal scenario. What’s to fear about a manager who led one of the greatest teams in Premier League history an undefeated season and hoisted 17 trophies in total? It’s that by the end of his 22-year tenure, the Gunners were further away from Manchester United and Chelsea and now Man City and Tottenham than they ever were. He won trophies, but nothing major since ’04. Every time he was on the hot seat, he squeaked out an FA Cup or Community Shield trophy to buy him another few years at the helm. Over time Arsenal felt that they owed the man something – so much to the point that Wenger had to step down because they would not let him go and the club suffered greatly for it.

Soccer is a business and results matter. They matter to fans, they matter to sponsors, and they matter when trying to attract transfers. If the Union advance to the Open Cup final and win, I’m not sure that anything changes here in Philadelphia. Cup trophies are nice, but that’s not what supporters are after.