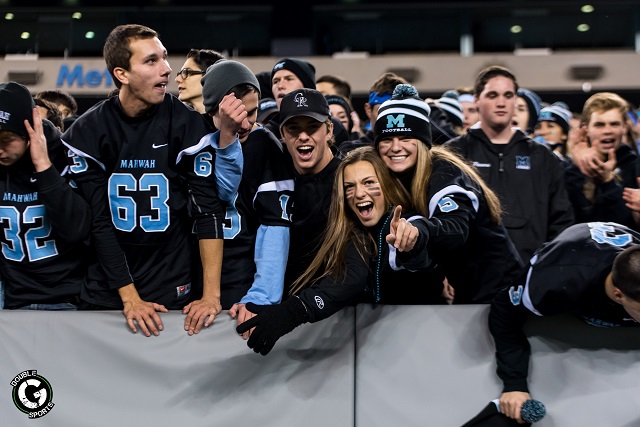 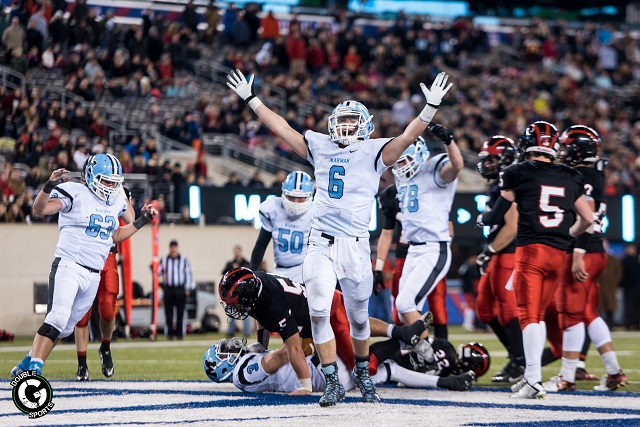 Mahwah (11-1) last won a state championship back in 1981 and leading passing and rusher James Ciliento made sure that would change. Ciliento ran for 144 yards and scored three touchdowns as the Thunderbirds defeated Glen Rock 38-13.

After forcing a short punt by Glen Rock in the first quarter, Mahwah took over at the Panthers 25-yard line. Five plays later, Zayjay Colon-Carrero muscled through a pile of players for a 2-yard score. In the second quarter, Ciliento faked a handoff to Colon and spun around in the opposite direction for a nifty QB keeper score putting the Thunderbirds up 14-0.

A 22-yard field goal from Patrick Cowan extended the lead to 17-0 with 2:48 remaining in the first half and Mike Peltekian padded the margin picking off a Glen Rock pass and returning 18 yards. Ciliento provided a highlight-reel moment starting the second half, faking a hand off and rolling out to his right before breaking through several tacklers on his way to a 44-yard score, widening the lead to 31-0.

Glen Rock scored two touchdowns in the fourth quarter, cutting the lead down to 31-13, but Cilento put the finishing touches on the victory with his third score, a 7-yard run with 1:03 remaining in the final quarter.

“My first ever championship and as a leader I told everyone we could do something special because we had the guys to do it,” said Ciliento. “Mike Peltekian with that huge pick six and we had to take stand on defense.” 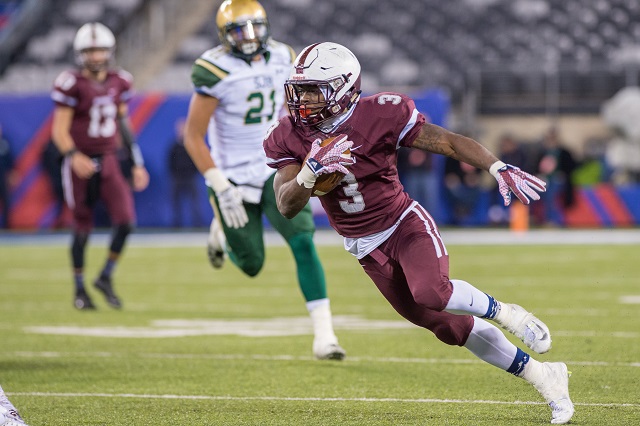 “It’s a long time for Don Bosco and our kids played so damn hard,” said Toal. “It’s special and never gets old. This is as good as the first one I had. We got better as the season went on and got together the last four or five games. The defense was outstanding and made timely plays.”

The Ironmen wasted no time taking control of the game as the offense marched down the field in just six plays, totalling 66 yards on their opening possession. The drive was capped off by a Kevin Brennan two-yard score.

In the second quarter, Don Bosco caught a break on a Tommy Devito 32-yard pass to John Bowen in the end zone that tipped off the hands of John-Tomas Giles-Harris for the score, stretching the margin to 14-0.

The St. Joseph (Montvale) offense responded on their ensuing drive, swiftly moving the length of the field, but the Ironmen defense held. St. Joseph’s was forced to kick a 32-yard field goal by Angelo Guglielmello with 5:49 left in the second quarter.

Early in the third quarter, Don Bosco strong safety Tyron Hill made a pivotal defensive play, stripping the ball from Green Knights running back Austin Triglia. Harran Ranson recovered the ball for the Ironmen. They would cash in on the turnover with DeVito connecting on a 19-yard strike to Ray Conley making it 21-3.

Late in the third quarter, St. Joseph sliced the lead down to 21-10 on a six-yard pass from Nick Patti to Michael Carfagno in the left corner of the end zone. The momentum-shifting play of the game came on a muffed punt by Don Bosco’s Wankeith Aiken that Matt Hinkley scooped up and raced into the end zone. However, the referees blew the whistle, allowing the Ironmen to maintain possession.

Devito completed 8-of-13 passes for two scores while Malik Bakker carried the ball 21 times for 99 yards. Meanwhile, Green Knights running back Brian Kearns who had rushed for 234 yards in a 37-27 semifinal victory over St. Peter’s Prep was held in check by the Ironmen stifling defense to 40 yards on the ground.