This year’s Baseball Hall of Fame ballot features newcomers and holdovers with considerable accomplishments. Who got 75% of the vote?

When it comes to voting on things, nothing is more subjective than the Baseball Writers’ Association of America Hall of Fame ballots. To see if we could predict who will be going into the Hall of Fame in 2019, Double G Sports had 20 of their top baseball minds cast their votes to see if anyone would reach the 75% threshold needed for induction.

Double G Sports’ panel followed the same rules as laid out by the BBWAA; each panelist had a maximum of 10 votes.

– Roy Halladay: 80% of the vote. The two time CY Young award winner was dominant throughout his 16-year career with the Toronto Blue Jays and Philadelphia Phillies. Halladay went 203-105 and won 20 games three times. He threw a no-hitter in his first postseason game, leading the Phillies to an NLDS victory over the Cincinnati Reds in 2010. 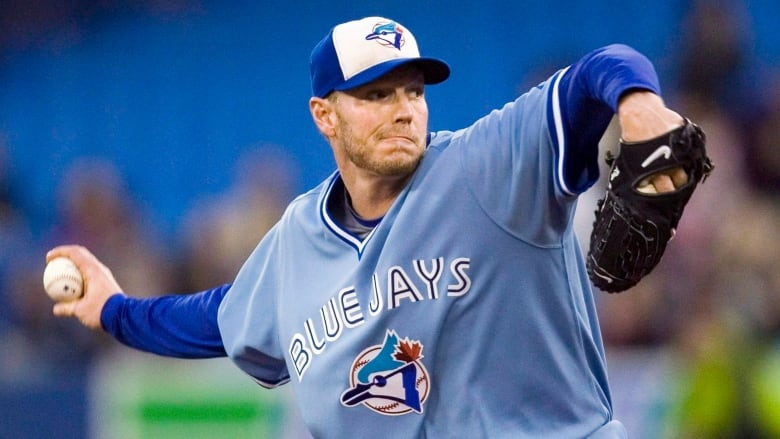 Roy Halladay will join Roberto Alomar as the only players in club history to have their jerseys retired. (Fred Thornhill/Canadian Press)

Close, But No Cigar Edgar Martinez watches his three-run homer against the New York Yankees in a playoff game at the Kingdome in 1995. (Rod Mar/THE SEATTLE TIMES)

– “One of the most feared hitters of the late 90’s to early 2000’s, Edgar Martinez helped truly legitimize the designated hitter role before David Ortiz won a World Series with Boston. While people like to discredit the DH spot, there is no denying Martinez’s numbers as a major league hitter. In 7,213 at-bats, Martinez had a slash line of .312/.418/.515 with 309 home runs and 2,247 hits. From 1995 until he retired in 2004, he averaged about 24 home runs and 99 RBIs. Although he played third base, Martinez had better numbers as a DH. Let us not forget his seven All-Star appearances, five Silver Slugger awards, and mentions in the top ten in MVP twice. Oh, he also has an award named after him.

Frank Thomas and most recently Harold Baines are examples of players who thrived in the DH spot and are now in or are scheduled to be in the Hall of Fame. Baines was the last key to the puzzle, as Martinez now appears to be a lock to enter Cooperstown’s hallowed halls.” – Daniel Yanofsky

– “It is Mike Mussina’s overall stats that get him in. He has 270 wins and an over .615 winning percentage, which is extremely impressive. He is probably the most underrated pitcher of his time because he was able to take down most of the biggest hitters in baseball without overpowering stuff.” – Chris Passarelli

– “If you take away the profanity and the fact people just don’t like him (sometimes, it is hard to forget), Curt Schilling’s baseball career is one to remember. Reason number one why he should be into the Hall of Fame? He has over 3,000 strikeouts, a number that has sealed the deal for some of the all-time greats. While it may not be sexy, a 216-146 record and 3.46 ERA through 20 years is still something, especially with how limited pitchers today can be. He has 20 complete games and 22 shutouts, and according to the JAWS system, is the 27th best pitcher in baseball history.

One thing you also can’t take away is his postseason numbers. A three-time World Series Champion, Schilling’s postseason record is 11-2 with a 2.23 ERA in 19 starts. He struck out 120 batters and walked only 25. He shared the World Series MVP award (to go along with an NLCS MVP award) in 2001 after posting a 1.69 ERA in three games against the Yankees. As far as modern pitchers go, Schilling is the real deal.” – Daniel Yanofsky

– “Todd Helton might have the toughest chance, especially if Larry Walker won’t be able to make it into Cooperstown. That is in large part due to the atmosphere in Colorado. A career .316/.414/.539 hitter, Helton has 369 home runs and 2,519 hits in over 7,962 at-bats. The five-time All-Star’s home numbers, .345/.441/.607 with 227 home runs, may give him an unfair advantage, but his away numbers were still somewhat elite. With a .287 average and .386 OBP, Helton’s numbers aren’t as irrelevant compared to some of his former teammates. He also has 269 less hits on the road, still equaling to his high number of over 2,500 hits. An interesting tidbit that could help: Helton’s .855 OPS on the road is higher than current Hall of Famers Eddie Murray, Dave Winfield and Tony Gwynn, among others. While it may take a while to get in (if he was to), Helton’s numbers in the current era of baseball are as consistent as they come.” – Daniel Yanofsky 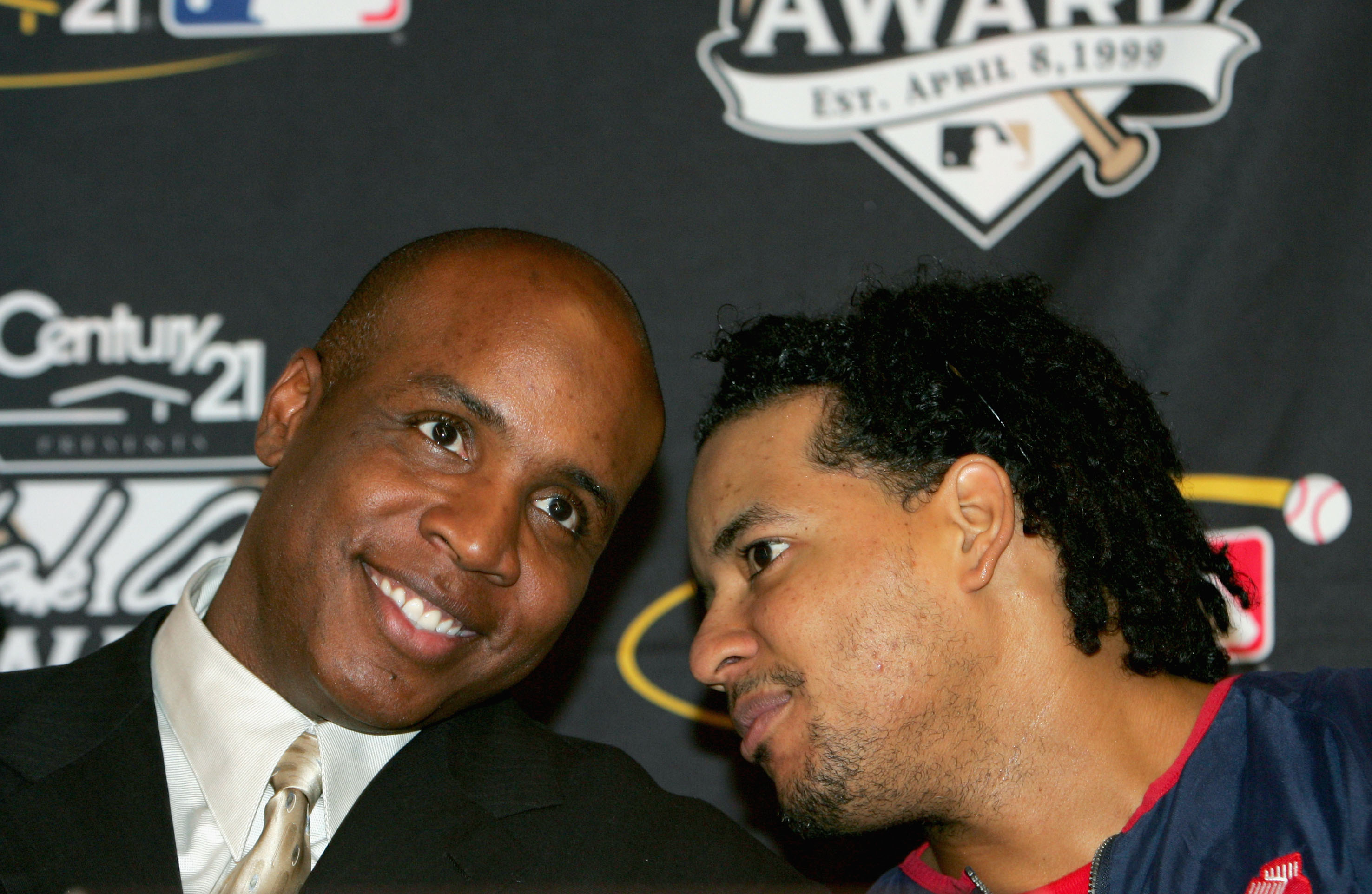 – “I know Barry Bonds, Roger Clemens and Sammy Sosa‘s names are attached to the Steroid Era in MLB but how can you overlook the impressive stats these athletes put up in their careers? Bonds’ numbers are as follows: 762 home runs, seven NL MVP awards, eight Gold Gloves, 14 All-Star selections & the single season home run record with 73. Clemens has 354 wins, is an 11-time All-Star, won two World Series trophies and set the MLB record with 20 K’s in a game. He also has seven Cy Young Awards. Clemens is the only pitcher in MLB history with over 350 wins and 4,500 strikeouts. Sosa’s stats? 609 career home runs, a seven-time All-Star, 160 RBI’s in 2001 and hit 60 or more home runs three times.” – Sunil Sunder Raj

– “Manny Ramirez was not only one of the most feared hitters in the league, he was also a model of consistency and pure hitting. His batting average dipped below .300 once between ’98 and 2004, from ’97-2008 he played less than 130 games just once, and was a perennial 30 home run hitter every year. The tandem of Manny and David Ortiz was one of the most lethal in the league for years and it contributed to the Red Sox’s success over the course of his career.” – Jonathan Morales

– “I believe Gary Sheffield can be considered a Hall of Famer because even though he never won an MVP award, he was the ultimate hitter. His batting stance was out of this world and he would rarely strike out for a power hitter (in 22 seasons). Late in his career, he still managed to become an All-Star in three consecutive years and one year (2004 with the NYY) he managed to come in second in the MVP vote behind Vladimir Guerrero. He was a very consistent player and that’s what the Yankees wanted.” – Roberto Severini

– “I voted for Andy Pettitte because he’s one of the best money pitchers of all time. He’s 19-11 in the playoffs with a 3.68 ERA and after a few rough starts to begin his career was lights out. That screams Hall of Fame.” – Chris Passarelli

– “Fred McGriff  had an excellent slash line as well, coming very close to Edgar Martinez, and could have approached 500 home runs if not for the ‘94 strike. He was even better in the playoffs; a career .303 hitter in October and beyond. His hitting stats are comparable to other Hall of Famers that have been inducted.” – Jonathan Morales

– “Billy Wagner was an animal. He had over 400 saves, a career 2.31 ERA and the highest K/9 for a pitcher in the majors who has thrown at least 800 innings (11.9). Specialty position or not, there are some pitchers who become different guys in the ninth inning no matter who in the batting order is coming up. There’s something to be said about dominant closers who their teams can turn the ball over to and are able to relax knowing the game is likely over.”  – Jonathan Morales NEW YORK – JULY 24: Billy Wagner #13 of the New York Mets pitches against the Philadelphia Phillies on July 24, 2008 at Shea Stadium in the Flushing neighborhood of the Queens borough of New York City. The Mets defeated the Phillies 3-1. (Photo by Jim McIsaac/Getty Images)

The Double G Sports Hall of Fame Ballot Panel was made up of: