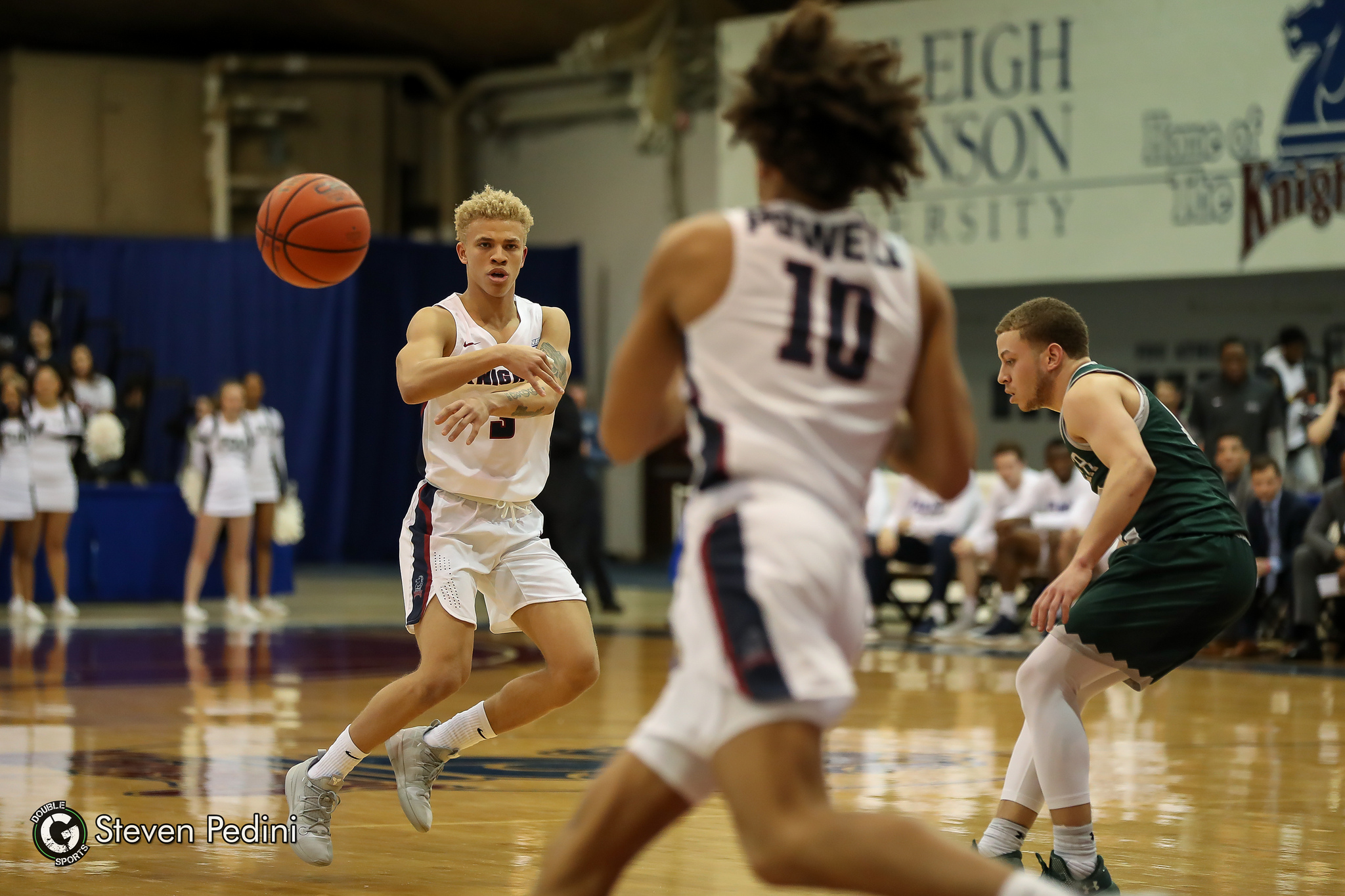 The last time Fairleigh Dickinson University reached the NCAA Tournament First Four was back in 2016 at the Dayton Arena. It was not a pleasant experience for Head Coach Greg Herenda and players as the Knights were blown out by Florida Gulf Coast 96-65. However, this time around FDU had a lot more confidence coming off a Northeast Conference Tournament Championship and riding an eight-game winning streak.

Tuesday night, it would be another stiff test, taking on a Prairie View A&M squad that had won 11 in a row and 21 of their last 22 games. In the first half, the Panthers came out smoking five trifecta’s to jump out to a 19-6 advantage. Meanwhile, the Knights struggled offensively going 7:11 without a bucket until senior guard Darnell Edge ended the drought with a trey.

With FDU committing nine turnovers turned into a 14 points for Prairie View and eventual 30-17 lead with less than five minutes remaining. Edge kept the Knights in the contest scoring 10 points including a triple in the closing seconds to finish with 18 points as the Panthers led 41-34 at halftime.

Prairie View came out firing from beyond the arc to start the second half, knocking down two early shots. However, the tide began to turn in the Knights favor converting on second chance opportunities. Trailing 50-38, FDU went on a 7-0 to cut the gap to single digits with 13 and half minutes to go. Limited to two points in the first half, sophomore guard Jahlil Jenkins caught fire netting six points while Edge drilled a three as the Knights drew to within 56-53 with less than 10 minutes remaining.

Jenkins continued to prove unstoppable on the offensive end of the floor darting through holes in the lane, burying jumpers and three’s ending up scoring 11 of FDU’s 14 points including a jump shot that tied the contest up at 59-59 with seven and half minutes on the clock. Mike Holloway Jr. gave the Knights their first lead since early in the first half on a layup.

A see-saw affair ensued as the Panthers regained the lead 64-61 on a trifecta from Chancellor Ellis. Up 66-63 at the 5:30 mark, Jenkins erupted again pumping in five quick points including a nifty step back trey that put FDU back in front 68-66. Edge punctuated a 10-0 spurt with another three with less than three minutes left.

The Knights managed to extend the margin to 75-66 as Jenkins drained a pair of free throws. However, Prairie View did not throw in the white towel. Gary Blackston dropping in nine of his game high 26 points in the span of 35 seconds trimming the deficit to 78-76 with 50 seconds to go.

Displaying a great deal of sheer will and determination, Mike Holloway Jr. found enough space in the paint to hit a short jumper that made it 80-76 with 26 seconds remaining. After Blackston missed a three-point shot, Edge sealed FDU’s first NCAA Tournament win in school history sticking a pair of free throws and capping off a career-high 33 points.

Jenkins finished with 20 points while Holloway Jr. contributed a double-double with 10 points and 14 rebound as Kaleb Bishop accomplished the same feat adding 10 points and 11 rebounds. The Knights shot a sizzling 68 percent from the perimeter in the second and overall 54 percent for the game, and won the battle of points in the paint 38 to 18. After Prairie View shot 48 percent from the field in the first half, FDU sealed the shooting lanes and inside the paint limiting the Panthers to 39 percent in the second half.

Now FDU (21-13) gets the arduous task of traveling out West to face off against the number one seed Gonzaga Bulldogs (30-3) on Thursday in Salt Lake City, Utah with tip-off at 7:27 eastern time/4:27 pacific time.