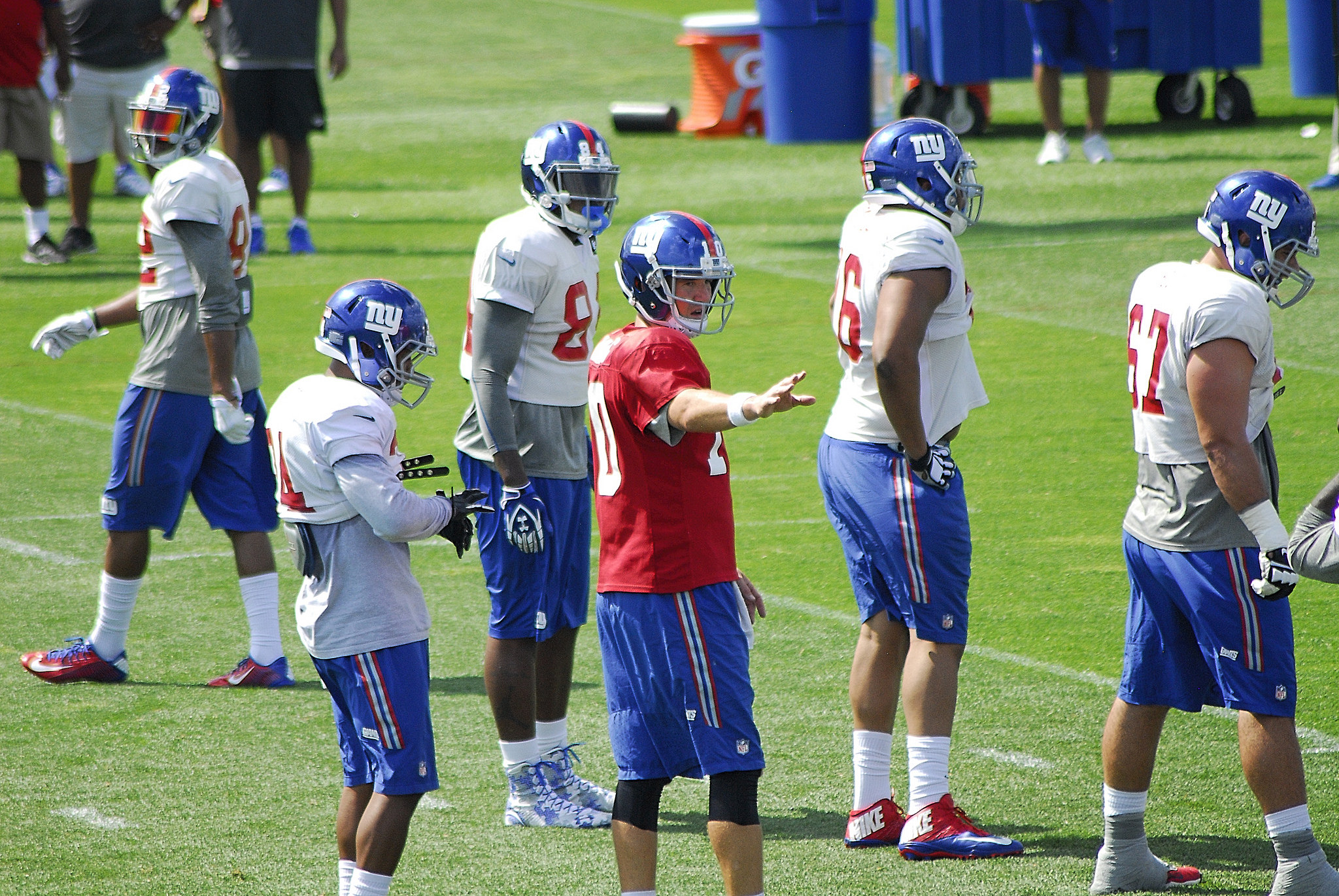 Eli Coming Back for One More Season? Why Fans Shouldn’t Worry Just Yet

New York Giants head coach Pat Shurmur announced Wednesday that he, “fully expects” quarterback Eli Manning to come back for the 2019 season, adding that he believes he has “years” left in the tank.

While many fans will call for his head for making such comments, and yes, Eli is another year older and another year less effective, there is reason to believe Giants fans shouldn’t panic just yet. Here’s why:

Eli is Still a Quality QB

Yes, we’ve all seen and suffered through Eli checking the ball down fifteen times to Saquon Barkley, and taking four sacks a game. We’ve also seen hesitation when he otherwise would’ve chucked it downfield before. However, a lot of that can be attributed to poor offensive line play.

When Eli was given time, he surveyed the field like any good QB would do, and made the quality throws that he was supposed to make. Also, say what you will about his sack ratio, but the man is durable despite all the hits he takes, and lately has been much better at protecting the ball after that abysmal season a few years ago.

Offensive Line Can Come Around

Toward the end of last season, we saw the Giants’ line greatly improve, maybe not to the juggernauts of the league by any means, but to a decent, serviceable line that was much better at protecting their quarterback. The Giants finished just 4-4 after that horrible 1-7 start, but a lot of those games were heartbreaking close losses that they should’ve won, like the Eagles game. They put up 38, 40, 28, and 36 points in their last five games, with the ugly 17-0 loss to the Titans being the only time in those five games that they didn’t top at least 25.

The Giants can Acquire Another QB

Just because Eli is coming back, doesn’t mean that the Giants won’t get a quarterback at all. While Nick Foles may not be as likely, especially if he wants to start games, it’s not totally impossible. There is a long way to go before week 1, and anything from ineffectiveness to injury by Manning could happen, opening up a spot for the veteran QB.

The Giants also have a high draft pick, and Dwayne Haskins isn’t out of the realm of possibility either. He can learn the ropes as Eli starts, and maybe get into a few games if the season either doesn’t pan out, or if the Giants have locked up a playoff berth at some point.

Maybe we’ve forgotten, but the Giants have one of the best wide receivers in the NFL in Odell Beckham, Jr., and he isn’t going anywhere. Pair that with the reigning Rookie of the Year in Barkley, and this offense can be extremely dangerous, as they were toward the end of last year. Shepard still has yet to reach his potential and can be a dangerous WR2, and Evan Engram continues to show exciting playmaking ability.

Overall, the Giants have question marks on their team, and the rebuild has to continue. Eventually they will need to replace Manning, but if he’s coming back this year, I wouldn’t throw in the towel just yet. Don’t panic, and trust in a team that quietly showed flashes of brilliance last season.

Landon Collins Unofficially Leaves Giants; Media Circus Ensues
What Would it Take to Bring Josh Rosen to the Giants?
Posting....