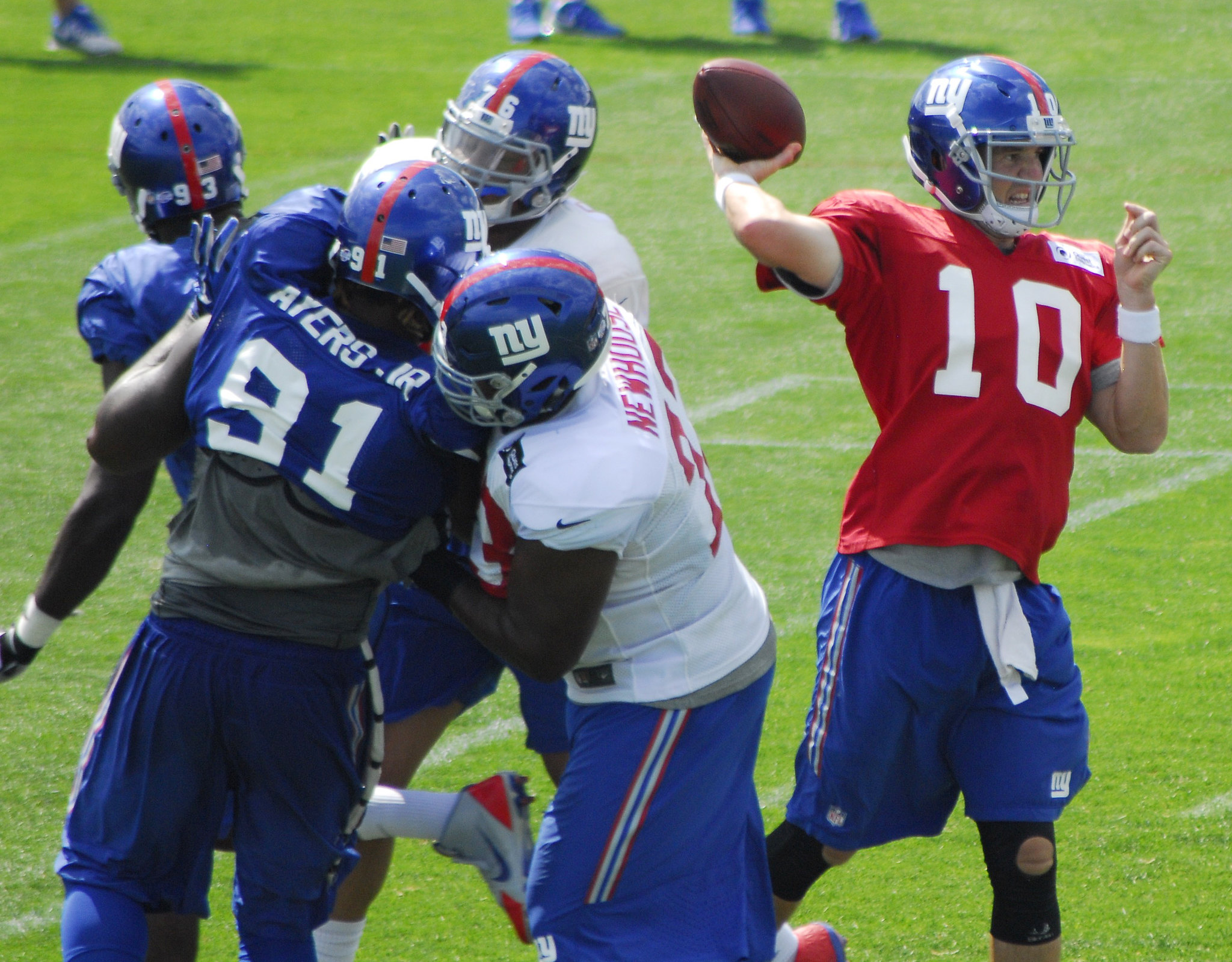 Eli Manning is a New Jersey Hall of Famer

Manning is a two-time Super Bowl MVP who lives in Summit, New Jersey and played his entire 16-year career for the New York Giants.

Former New York Giants quarterback, Eli Manning, is a Hall of Famer. Yes, you read that right, Manning has reached the Hall of Fame. No, not the National Football League Hall of Fame, but still one that brings great tradition and honor.

Manning is a two-time Super Bowl MVP who lives in Summit, New Jersey. The fan favorite retired prior to this season. He played his entire 16-year career for the New York Giants. Manning holds Giants franchise records for most passing yards, touchdown passes, and completed passes in a career.

Known best for his two improbable Super Bowl-winning postseason runs in 2007 and 2011, in which Manning led underdog Giants squads to Super Bowl victories against the New England Patriots in Super Bowls XLII and XLVI. He is one of five players to have multiple Super Bowl MVP awards.

29 inductees were selected out of the 50 nominees announced in June.

The New Jersey Hall of Fame, normally has an in-person induction ceremony at the Paramount Theatre in Asbury Park. However, because of the COVID-19 pandemic, the organization will host a one-hour virtual ceremony this year. The event will air pre-recorded on TV, radio and social media Oct. 18.