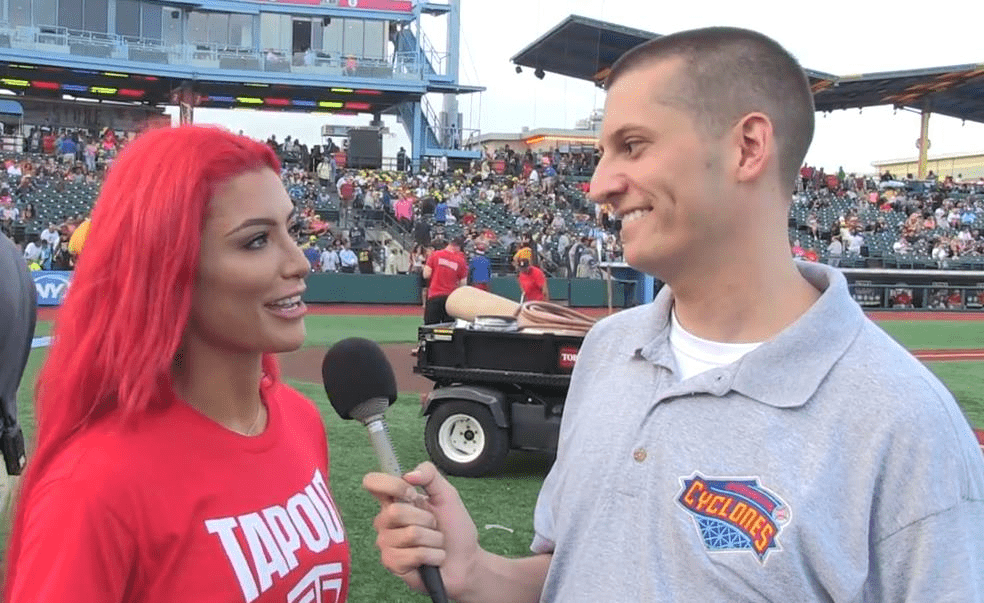 WWE fans could be seeing a return of All Red Everything… Eva Marie.

It’s been known for quite sometime now that Eva Marie has signed a new deal with WWE but fans have yet to see her appear on any shows.

Fightful Select is reporting that WWE has internally scheduled Eva Marie for the upcoming “Legends Night” on RAW after having previously been scheduled for the December 14 RAW. She was at the December 14 RAW and was backstage ready to give an interview on the show. The segment was scrapped for an unknown reason.

Eva Marie has been working out at the Performance Center in Orlando for a few months now and Fightful reports that it is unknown if the plan for tomorrow is concrete or if they could pull the plug again.

Eva Marie spent four years with WWE previously in a time span that ran from 2013 to 2017. Mostly known as a personality more than a wrestler, Marie really made her claim to fame as one of the cast members of WWE Total Divas during their first six seasons. She and WWE agreed to part ways in August of 2017.

Since leaving, she appeared on Big Brother: Celebrity Edition, launched a podcast and has been in several featured films including two action movies that starred Bruce Willis and Nicholas Cage. She’s also a recurring character in the upcoming series Paradise City which is currently in post-production.

Despite all that, she’s said in recent interviews that she feels that she has something to prove in WWE and wants to return to take care of her unfinished business.

Marie recently did tell Reel Talker’s Jim Alexander that she doesn’t feel fully finished with WWE and would welcome a return with open arms.

“I feel like I have some unfinished business…[if] Vince, Hunter, or Steph make the call and says ‘Yo, it’s time,’ then [I’m] packing up my bags and it’s time,” she said after giving high praise to the company for helping her build a strong physically and mentally tough foundation for show business.

PWInsider is reporting that the former SmackDown and NXT competitor is in Orlando this week for WWE tapings, having already gone through medical testing that would be required of someone entering the Thunderdome. Eva Marie hashed out the detailers of her return late last month, and there’s no word currently if she’s returning as a wrestler or as a more general personality.

With the WWE Draft entering into its second phase tonight, it seems likely that All Red Everything will show up as a surprise return, much like Lars Sullivan was during night one of the draft on Smackdown. It is unknown if her bright red hair will return as well, as she’s gone through a rainbow of hair colors in her time away from the company. Either way, here’s hoping that her spectacular announcer is still on hand to introduce her.