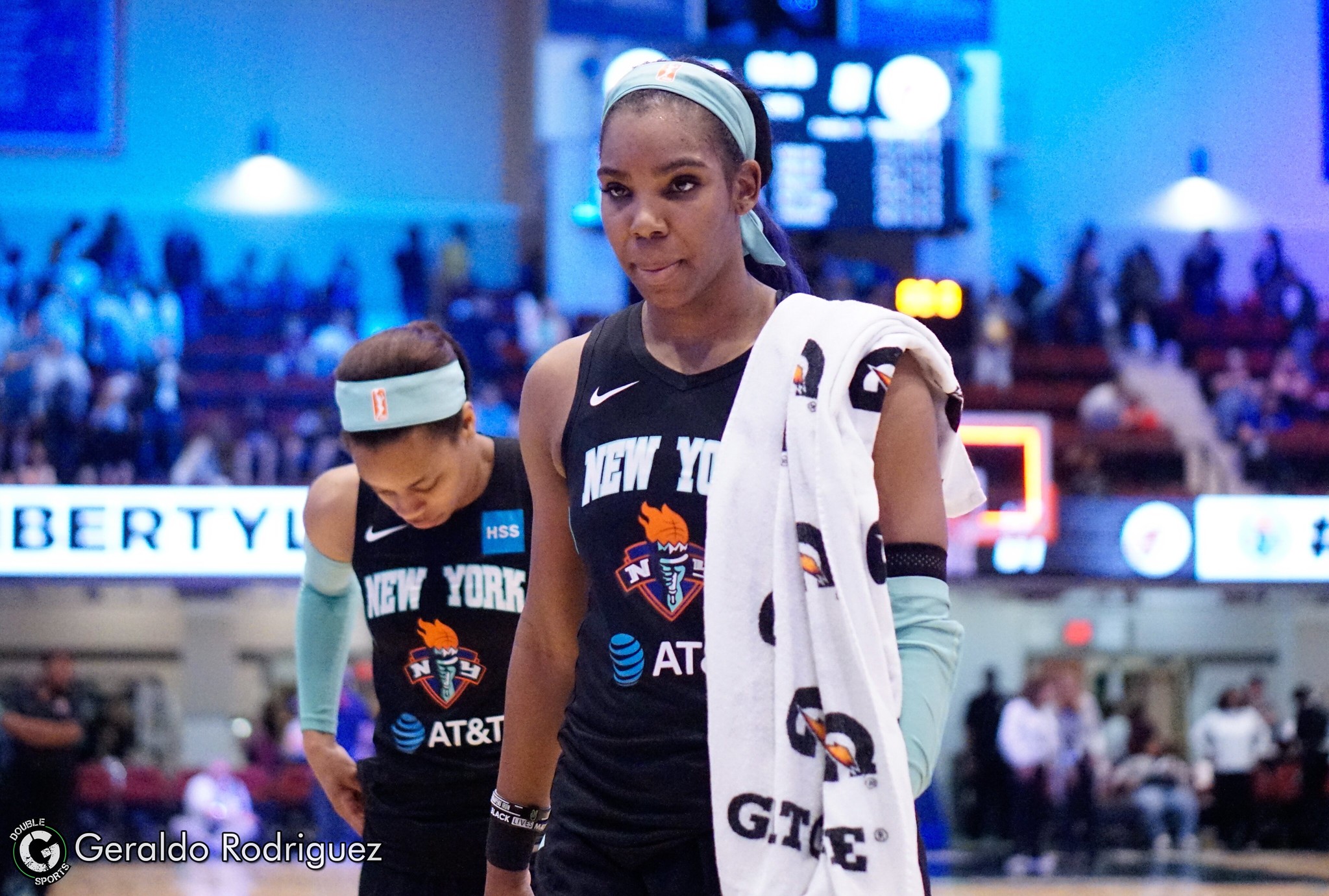 The New York Liberty opened the 2019 season with a familiar 2018 feeling.

Indiana Fever Rookie Teaira McCowan scored the final basket as the buzzer sounded to seal the season-opening win for the Indiana Fever, 81-80, over the New York Liberty on Friday night in White Plains. McCowan finished her first WNBA game with 11 points and 6 rebounds in less than 14 minutes of play.  The Baylor alumna was taken third in April’s WNBA Draft.

That shot by the Fever continued an awful trend for the Liberty. This lost marks their 14th consecutive regular-season loss, dating back to last year. They had jumped out to a 12-2 lead in the first quarter before Indiana staged a comeback once McCowan got into the game.

“Candice Dupree drove and kicked the ball to me. She always tells me in practice ‘you’re a big, always keep your hands ready’,” McCowan said in the aftermath of her heroics. “I knew when she drove the ball and dish it off to me I had a small amount of time go up so I went up and it went in.”

Hard Knock Opener For The Liberty

New York finished the game shooting 40% from the field. Second-year guard Kia Nurse and Reshanda Gray also scored in double figures for the Liberty, with 12 and 10 points, respectively. Gray also snagged 8 rebounds, coming off the bench. Asia Durr added 8 points and 2 assists off the bench in her WNBA debut.

For the most part, the Liberty’s offense was moving the ball well, especially in the second half, but turnovers is what did them in and allowed the Fever to always stay within arm’s reach and eventually win the game.

“Just stay positive, lots of positive things.’ Said Liberty head coach Kate Smith.” But again turnovers, we can’t turn it over 16 times. We’ve been talking about this. It’s one of our emphasizes…taking care of the ball. Our field goal percentage got better but putting the ball in the hole…Lots of little stuff, but overall letting them know how tough this league is and that most of these games will come down to the wire. It’s those things that build up and put you in the dog fight.”

The fourth quarter included seven lead changes and ties in the final six minutes. Tina Charles put the Liberty ahead, 80-79, with seven seconds to go in the game. Charles scored 10 of New York’s final 13 points.

Nurse pointed out that the first game of the season is always the toughest. She noted that there are definitely some adjustments that she has to make before the rematch against Indiana.

“I gotta watch the film first and then I’ll let you know,” she said when asked about what specifically needs fine tuning. The hope is she won’t have to let me know. The hope is, I’ll see it next week.

The Liberty’s next game will be a rematch at Indiana on Saturday, June 1 at 7 p.m