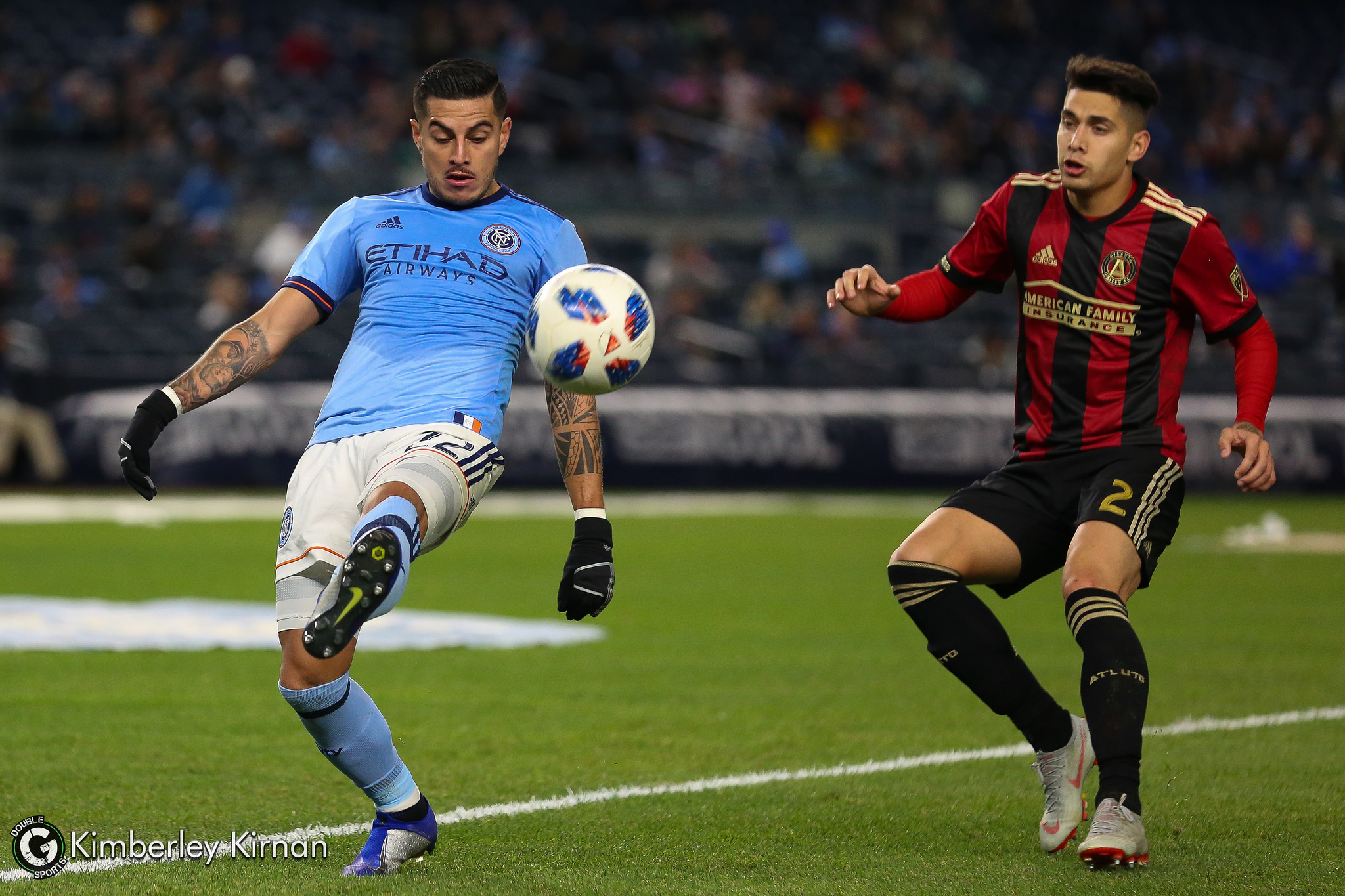 Expectations led to disappointment at Yankee Stadium Sunday night. The stadium was louder than it usually is as Atlanta United traveled to NYCFC turf for the first leg of the Eastern Semi-finals.

The game seemed to be going in an even motion until Miguel Calderon scored the first goal of the night for Atlanta United in the 20th minute. After review, it was found that Atlanta United committed an offside infraction.

Eric Remedi came back in the 37th minute to knock in a real goal for Atlanta as he taps the ball after its deflected from his teammates shot right past Sean Johnson’s fingers for a goal that counts, making the score 1-0 in Atlanta’s favor.

In the extra minutes of the first half, NYCFC came very close to scoring their first goal of the night as David Villa attempted a bicycle kick that went unanswered.

70 minutes into the game and the boys in blue were playing better in the second half than they were in the first.

19,198 people showed up to the game Sunday night to root on NYCFC. This is less than the usual 60,000 or so fans that Atlanta United is used to, and the boys in blue will have to play under for the next game.

After the 90 minutes 3 extra minutes were given and this extra time hyped the United as they made a shot and Johnson blocked it and prevented a 2-0 lead.

Dome Torrent stuck with the same XI which bested the Union 3-1 in the Bronx on Wednesday, but unfortunately this time the result was different. The Boys in blue concluded the game with a 1-0 loss.

This game, Maxi Moralez also known as the spider, did not seem to be able to connect with anyone to provide his usual spark of assists or goals.

“Maxi needed to play in the hands when they needed him there when they fouled him and we knew how they play, there was no connection and he couldn’t find the right connection,” said head coach Domenec Torrent at the post game press conference. “You don’t believe me but I repeat that if we win the next game we will make it to the finals. I have to find the solution and the best players to make the team better and more efficient for the team. We need to win,not 1-0 and then overtime, not 2-1, we need to focus on winning. We have time we have an idea we have a clear idea of changing something else and knowing we need to win, what we didn’t have and…we have been able to play better than them in the second half and we will look for the players in the best shape to play this game and win the game….At the end the result isn’t good but w you know exactly what you need to do, we need to find the best way, we will give everything until the end and if we fall, we will fall with our head held high.”

NYCFC will face Atlanta United on November 11 in Atlanta.