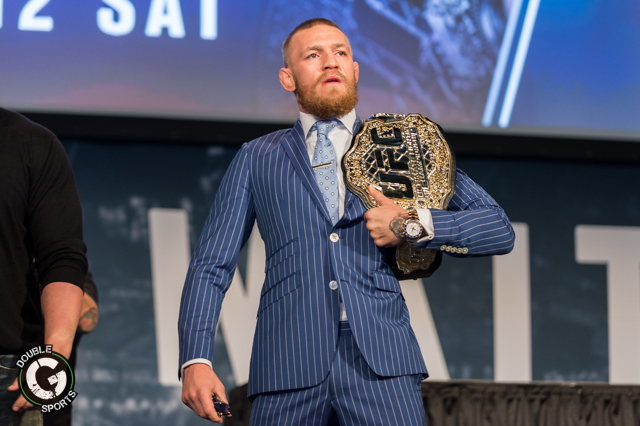 If It’s About Dollars, It Could Make Sense

My mom always told me never say never. Looks like Floyd Mayweather might of heard that saying also.

TMZ Sports caught up with Mayweather to get his thoughts on UFC’s Conor McGregor calling him out once again during UFC 205.

Floyd says it’s super difficult to put the fight together — as we all know from the first time he tried to make it happen — but wouldn’t say it’s completely off the table.

Mayweather, who retired from boxing last year with a pristine 49-0 record, was first linked with a lucrative comeback against the UFC’s reigning featherweight champion in May.

“When I take that guy’s belt (Alvarez’s lightweight championship), I’m looking around — I don’t know what anyone else has for me here,” McGregor said. “I might have to jump up and f–king drag Floyd Mayweather out back and see what the f–k he’s at again.”

The response, predictably, drew a response from the MSG crowd. Who knows? Now that New York is in the picture, McGregor vs. Mayweather at MSG — and the paychecks for everyone involved — might be too perfect to pass up.