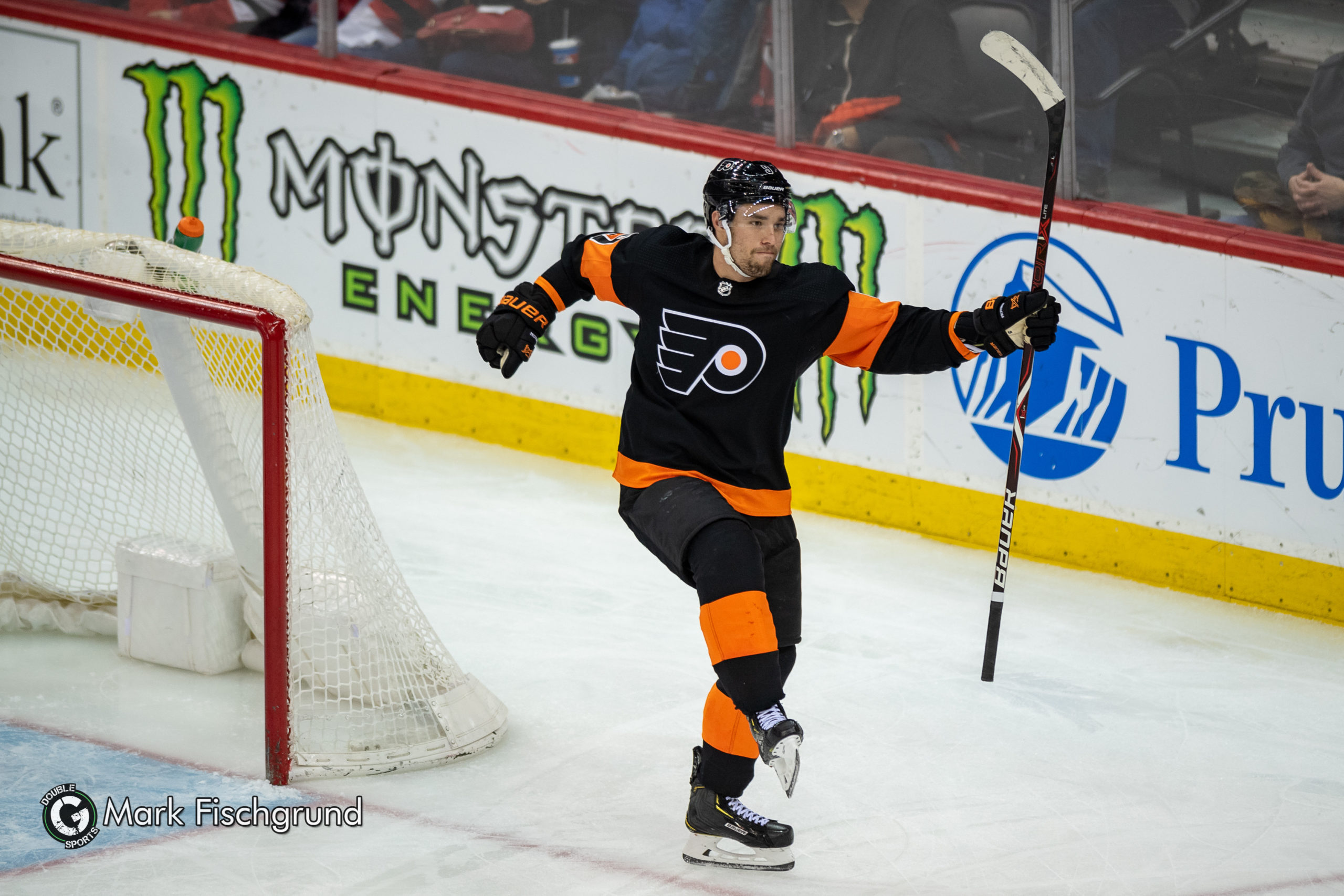 Flyers Add Depth at the Deadline

The 2020 NHL trade deadline was the busiest in league history. This tweet by CapFriendly is slightly off; the three-way trade that sent Robin Lehner to Las Vegas counts as two (acknowledged in replies):

The Flyers didn’t make a fancy, big-name move that everyone loves. They didn’t have the salary space to add players like Vladislav Namestnikov ($3.25M) or Vincent Trocheck ($4.75M). Instead, the rest of the Metropolitan Division seemed to be loading up. Fortunately, they didn’t need it. The Flyers have a really good locker room and a strong team by most statistics.

GM Chuck Fletcher sent away a 2020 fourth-round pick and strong AHL forward Kyle Criscuolo for Anaheim’s Derek Grant, a bottom-six center having a career year with 14 goals. He’ll debut on the third line in the Flyer’s first post-deadline game Tuesday night. In fact, of all the players traded yesterday, Grant is tied for second among goals scored this year.

Here is a GIF of some PK work by #Flyers new acquisition, Derek Grant pic.twitter.com/zIJq43tlzV

Grant specializes in penalty-killing, and the potential for a Kevin Hayes/Grant PK duo should excite fans.

That was as big as it got on Monday afternoon for Philadelphia. A 2021 fifth-round pick was sent to Montreal for Alaska-born Nate Thompson, who will also get his first game as a Flyer on Tuesday. With the demotion of Connor Bunnaman and Joel Farabee to the AHL, the Flyers are sitting tight to the wall with just over $70,000 in cap space.

Other Moves the Flyers Made:

Longtime AHL defenseman TJ Brennan was traded for Nathan Noel. Noel was in Chicago’s organization and will report to the ECHL Reading Royals.

Fletcher was quoted after the deadline saying that several teams inquired on defenseman Shayne Gostisbehere, but it wouldn’t make sense to move him at this stage of his career and the season. “We were certainly not looking to move him,” he said. Ghost is back with the team after a brief AHL conditioning stint where he looked unhindered by his recent knee surgery. He’ll be a part of a seven-man defensive rotation from here on out, according to the GM.

Joel Farabee won’t be the AHL indefinitely; he’ll earn his way back. Management likely wants him playing top, offensive minutes with Morgan Frost while they evaluate their fresh additions. Overall, these moves send the message that this team’s work is being rewarded with a “buying” mentality.