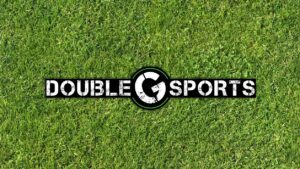 Last November, Army escaped Fordham in the Michie Stadium finale, a 42-31 win. This time, the roles were reversed.

Chase Edmonds did everything you could ask your running back to do.

Edmonds finished  with 110 yards rushing and 140 yards receiving, on 6 catches.

Making his first start, Kevin Anderson threw for 322 yards on 15-23 pass attempts.  Not a bad day of work, for the Marshall transfer.

Head Coach Joe Moorhead is the first Fordham coach, to have won his first 4 season openers since Jim Crowley did it back in 1933-1936. The team is definitely buying into coaches “we are family mentality”. Even with a shaky beginning, the team responded like pros. Its one thing to believe you can win enemy territory, it’s another to actually come out and execute.

Fordham‘s win marks the first for a FCS school over an FBS school this season. Fordham finally got that elusive first victory over Army after going 0-4. It was the first win for a Patriot League school at Army since 2002. This marks 4 straight season opening wins, for Fordham. Not bad considering the team has 18 new starters and 30 new freshmen.  Yes, not only was Fordham’s win in West Point impressive, it should definitely put the Patriot league on notice. Fordham’s home opener is Saturday night, versus the Villanova Wildcats on Jack Coffey Field at 6:00pm.

Defense Shuts Down Run, Passing Attack In WSU On The Horizon
Rockland Boulders Win the Can Am League Pennant for Second Straight Year