In the midst of one of the biggest upsets of the 2018 NFL season, and the firing of Mike McCarthy in Green Bay, was the fact a local legend had a huge break out game.

Chase Edmonds put on a showcase in Green Bay in front of his mom and sister, who really made the trip mainly to see Aaron Rodgers. That only served as motivation to show out.

The first touchdown in Edmonds’ NFL career is one he will never forget. The rookie running back scored on a 6-yard run late in the first half against the Packers at Lambeau Field, giving the Arizona Cardinals their first touchdown of the game.

Edmonds didn’t do the famous Lambeau Leap, but scoring your first NFL touchdown at such a historic venue is quite the accomplishment. Edmonds wasn’t done there.

He scored his second touchdown of the game on an 8-yard rush with 1:54 left in the third quarter as part of a 10-0 quarter for the Cardinals. For the game, Edmonds had 53 yards on five carries. 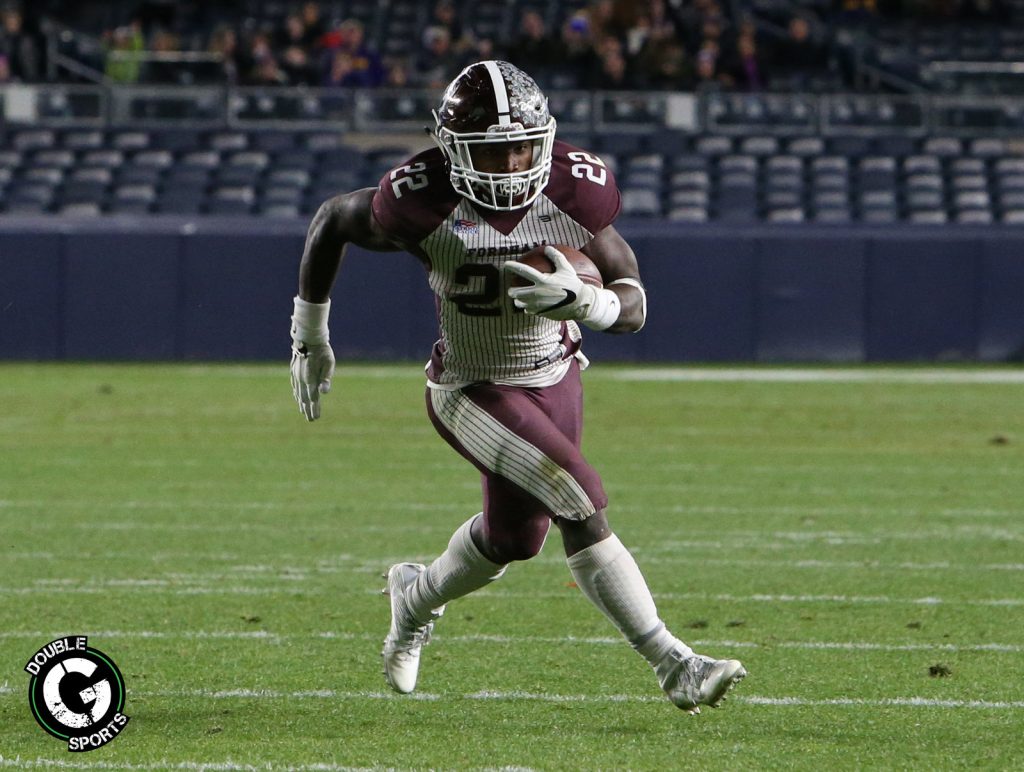 Chase Edmonds during a game at Yankee Stadium as a member of the Fordham University football team.

Sunday was full of memories for Edmonds, who was drafted out of Fordham in the fourth round. He scored the first and second touchdowns of his NFL career. At Lambeau Field. In front of 77,000 people (the largest crowd he had previously played in front of was 32,000, after typically competing in front of 4,000 people at Fordham). In the Cardinals’ first win at Lambeau since 1949. Against the team once coached by Vince Lombardi, who also happened to be a Fordham guy.

Odell Beckham Jr. is an overrated, overpaid wide receiver
After Back To Back Big 10 Loses, Scarlet Knights Show Why They Belong In The Conference
Posting....