Wednesday afternoon, 22 year-old Rysheed Jordan, who was hoping to one day make it big time with the NBA, was arrested for an alleged role in shooting a man on May 27 in North Philadelphia.

The 6-foot-4 former guard was once a talented player for the Red Storm, playing two seasons under former Coach Steve Lavin. He showed potential for the league, averaging 12.0 points, 3.4 rebounds, and 3.1 assists, but spiraled downward when first getting in trouble for a homophobic tweet, as well as being suspended for violating team rules. Jordan decided to take a leave of absence from the school during his sophomore year and never returned.

Jordan was considering the 2015 NBA Draft when Coach Lavin was fired but then decided to return to play for the new St. John’s Coach Chris Mullin. With missing so many classes he would have most likely been ineligible to play, therefore dropping back out. He was drafted fifth overall by the Delaware 87ers in the NBA D-League, but was released after only 11 games. Because he declared for the D-League draft, he would no longer be able to play college ball again.

Only three days ago did Jordan Instagram an old photo of him from his “game of fame” against Villanova in the 2014-15 season citing: “it’s all about the get back I’m still young and have a bright future ahead of me took a fall but nothing I can’t bounce back from #whynot #itsnevertoolate” 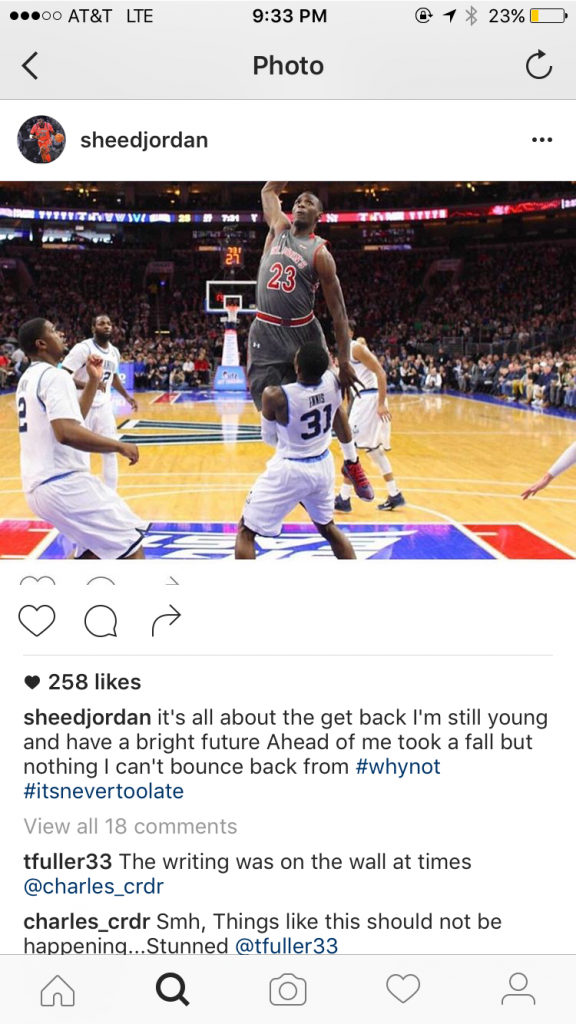