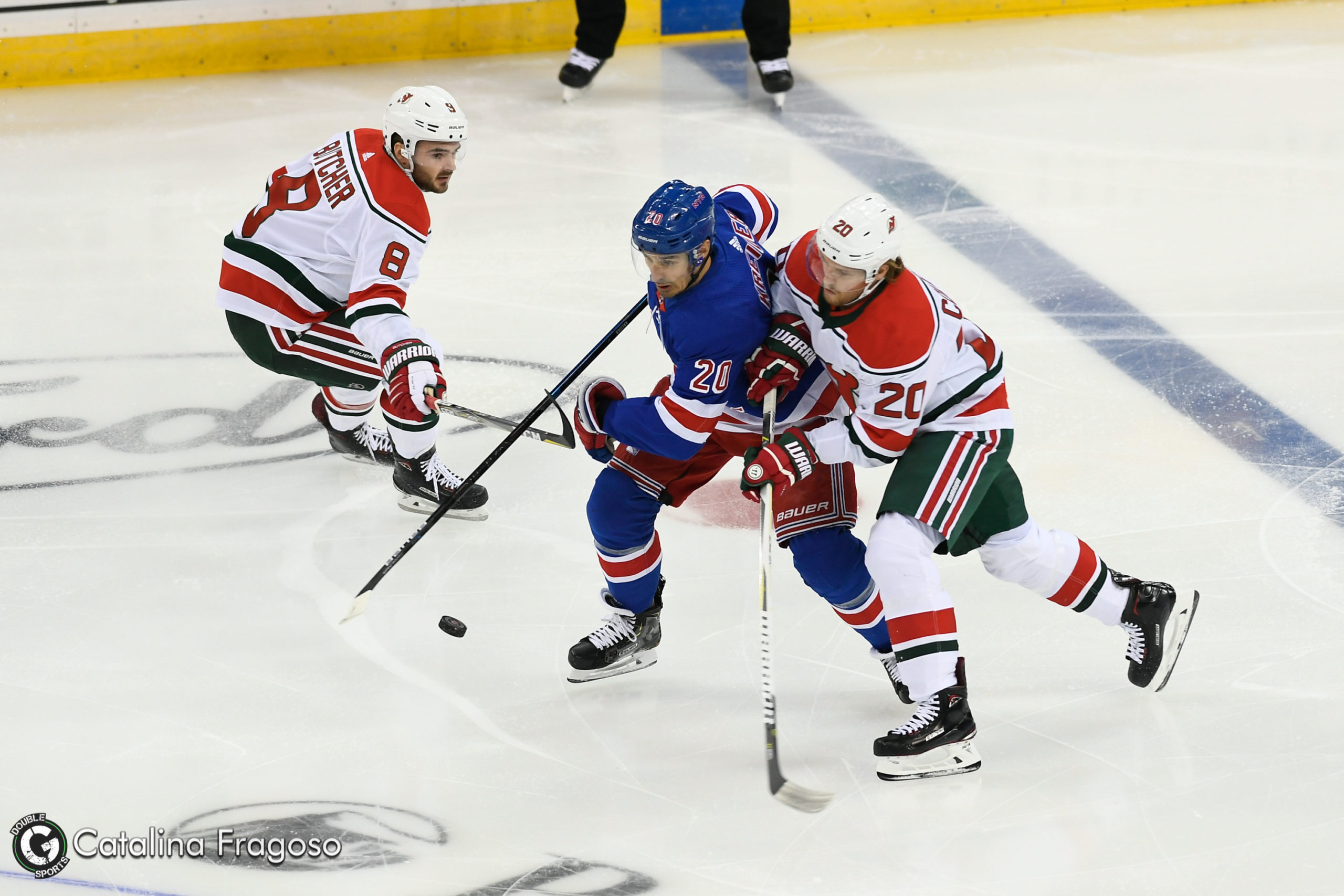 In Saturday night’s 1-0 win over Detroit, Chris Kreider made a sick between-the-legs pass to Mika Zibanejad who finished from the bottom of the left face-off circle. Zibanejad’s goal waas the game’s only goal and Kreider was a big reason why he scored. However, Kreider sat out the rest of the game after a collision with teammate Mika Zibanejad. Rangers’ Head coach David Quinn after the game said Kreider has an “upper-body injury” and is “day-to-day”.

The 28-year-old currently has 18 goals and 17 assists and is on pace to score 30 goals for the first time in his seven-year-career. Furthermore, Kreider has seven goals and three assists, a point-per-game, in his last ten games.

Kreider is in the final year of a contract that awards him $4.6 million annually. Next year, the 28-year-old winger is expected to demand around $7.5 million on the open market. He could definitely add a combination of size and speed to a team looking to bolster their line-up before the Stanley Cup Playoffs.

With the NHL Trade Deadline coming up on Feb. 24, here are four teams that reportedly are the most interested in trading with the Rangers for Chris Kreider.

The Bruins are leading the Atlantic Division and hoping to make another deep run at the Stanley Cup this spring. The Bruins have plenty of skill but they could really benefit from having a player like Kreider on their second line. The Bruins are definitely a win-now team so asking them for a first-round-pick should not stop them from trading for Kreider.

The Rangers could ask for Danton Heinen and a first-round-pick for Kreider. The Rangers need centers and Heinen could be a solid depth-center on their bottom two lines.

Nathan MacKinnon is fourth in the National Hockey League in scoring. The Avalanche may be willing to part with their draft picks for Kreider, who can fit on the left-wing on a second-line behind team captain, Gabriel Landeskog. Landeskog is an unrestricted free-agent next year. If Landeskog leaves then signing Kreider would become necessary.

The Penguins’ leading scorer, Jake Guentzel, is going to miss the remainder of the season. Guentzel is a left-winger and so is Kreider. Kreider would fit in nicely with the Penguins’ top-six. The Penguins have been plagued by injuries all season. They missed their captain, Sidney Crosby and several top players at times. The Pens can use all the help they can get if they want to take another run at the Stanley Cup this year.

Head Coach Craig Berube has played Zach Sanford a lot on the left-wing on his first line. Sanford has 19 points and Kreider has 32, so Kreider would be a significant upgrade. On the flip side, Chris Kreider was not chosen to play on the Rangers’ first-line this season, so maybe he is not the best fit with highly-skilled players. However, I think Kreider definitely fits in with the Blues’ physical game. The Blues top-six is tough already so imagine them adding Kreider. Secondly, imagine a line with Kreider on the left-wing, Ryan O’Reilly at center, and David Perron, who leads the Blues in points (54) this season.