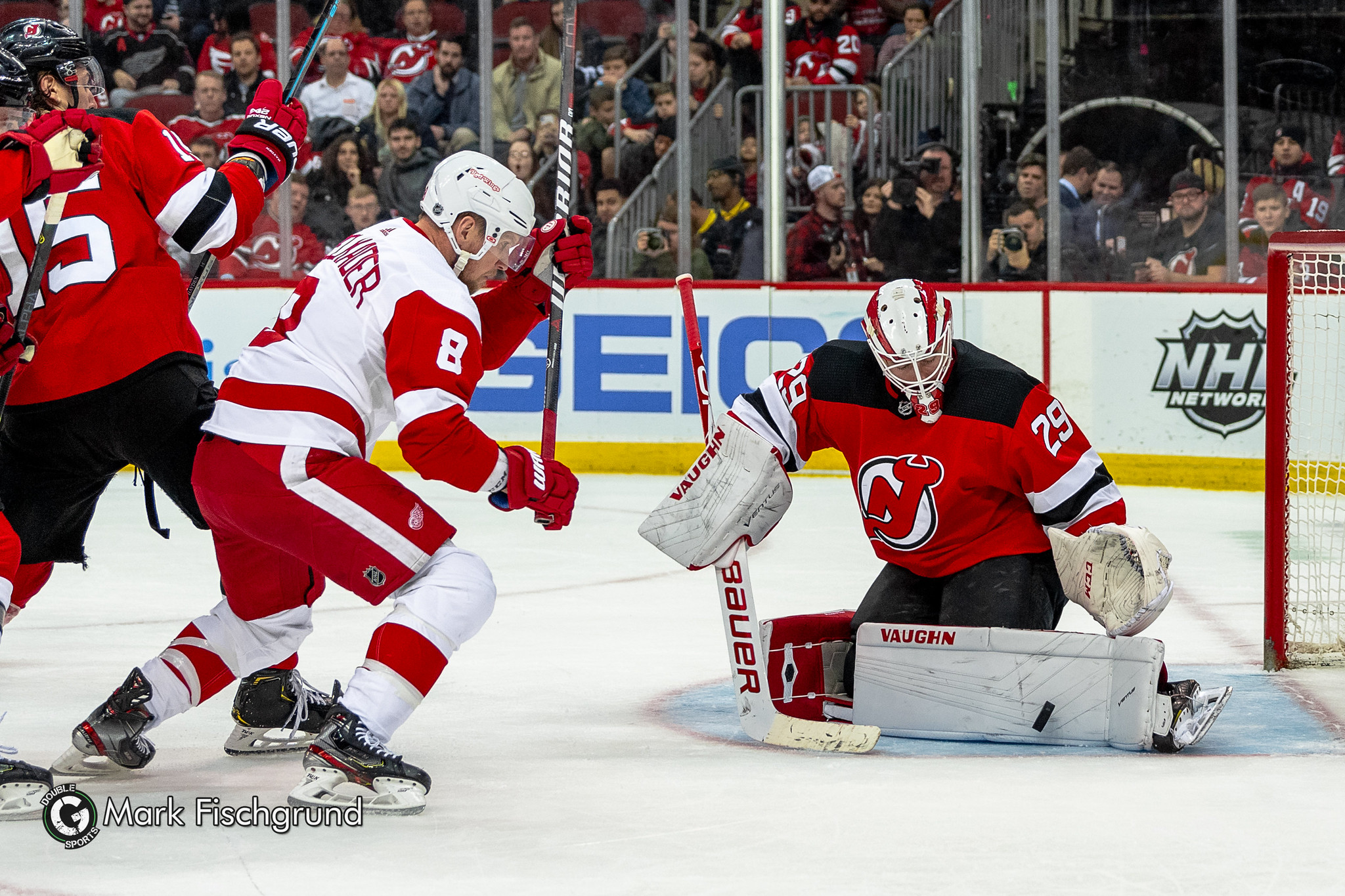 New Jersey vs Detroit, also known as the “Alexis Lafreniere Bowl”, was played Thursday night at the Prudential Center.

The Devils came out sluggish through the first two frames but opened the floodgates in the third period. New Jersey scored four times in the span of four minutes, propelling them to a 4-1 victory. I look at four key takeaways from the game and look at where the team currently is.

Defenseman Damon Severson acknowledged the recent strong play of his goaltender. “I think he does a great job of just holding us in, let us get our footing and finally in the third period we were able to support him a little.” The sixth-year defenseman was a catalyst for the Devils explosion in the final frame. New Jersey struggled to get pucks at Red Wings goaltender Jonathan Bernier through the first 40 minutes. However, thanks to a relentless attack and an undisciplined Detroit team, the Devils would go on to score four goals in four minutes to seal the game for Blackwood.

The good news: he eats a ton of minutes and produces at both 5v5 and the powerplay. Severson is currently riding an 8-game point streak, with six points in his last five games. He is averaging just under 23 minutes of ice time per night, which comes in every situation of the game. At 25, he is still considered a young defenseman who can drive play in many different areas of the ice. He has been playing with confidence since the turn of the calendar year and it is starting to show. Some fans are hoping his name pops up on the trading block by the deadline day (February 24), but he is someone they need to build around for the future.

I get it, we want the first overall pick to come in a dominate right away. We have seen guys like Crosby, McDavid, Ovechkin and Matthews do it almost effortlessly; unfortunately, not everyone can be like them and that is fine. Hughes is going to be an exceptional player in this league for years to come. The kid is a young 18-year-old rookie who is still getting his feet wet in the NHL. Take Nathan Mackinnon, for example. He went first overall to the Colorado Avalanche in 2013 with high expectations. After a solid rookie season with 63 points, Mackinnon failed to reach that mark again until his fifth year in the league. Now, he is one of the most dominant players in the league and is in the conversation to win the Hart Trophy for the leagues most valuable player.

New Jersey made the right choice at number one. The kid is going to be just fine

First-year Devil Wayne Simmonds also mentioned the impact Nasreddine had on last nights game. “He came in between the first and the second and kind of chewed us out there and I think we responded well,” he said. “Nas is pretty mild-mannered but if you don’t work hard he’s going to give it to you.”

Under Nasreddine, New Jersey is playing .500 hockey (12-12-6). The record leaves much to be desired but this has all come immediately after trading former-superstar Taylor Hall. The team seems to have rallied around their interim head coach and have played a much more high-tempo offense than they did under Hynes. Nasreddine may be coaching himself into an official title with the team next season. If he keeps getting the best out of his players and the results continue to progress, he just may lose the interim title.