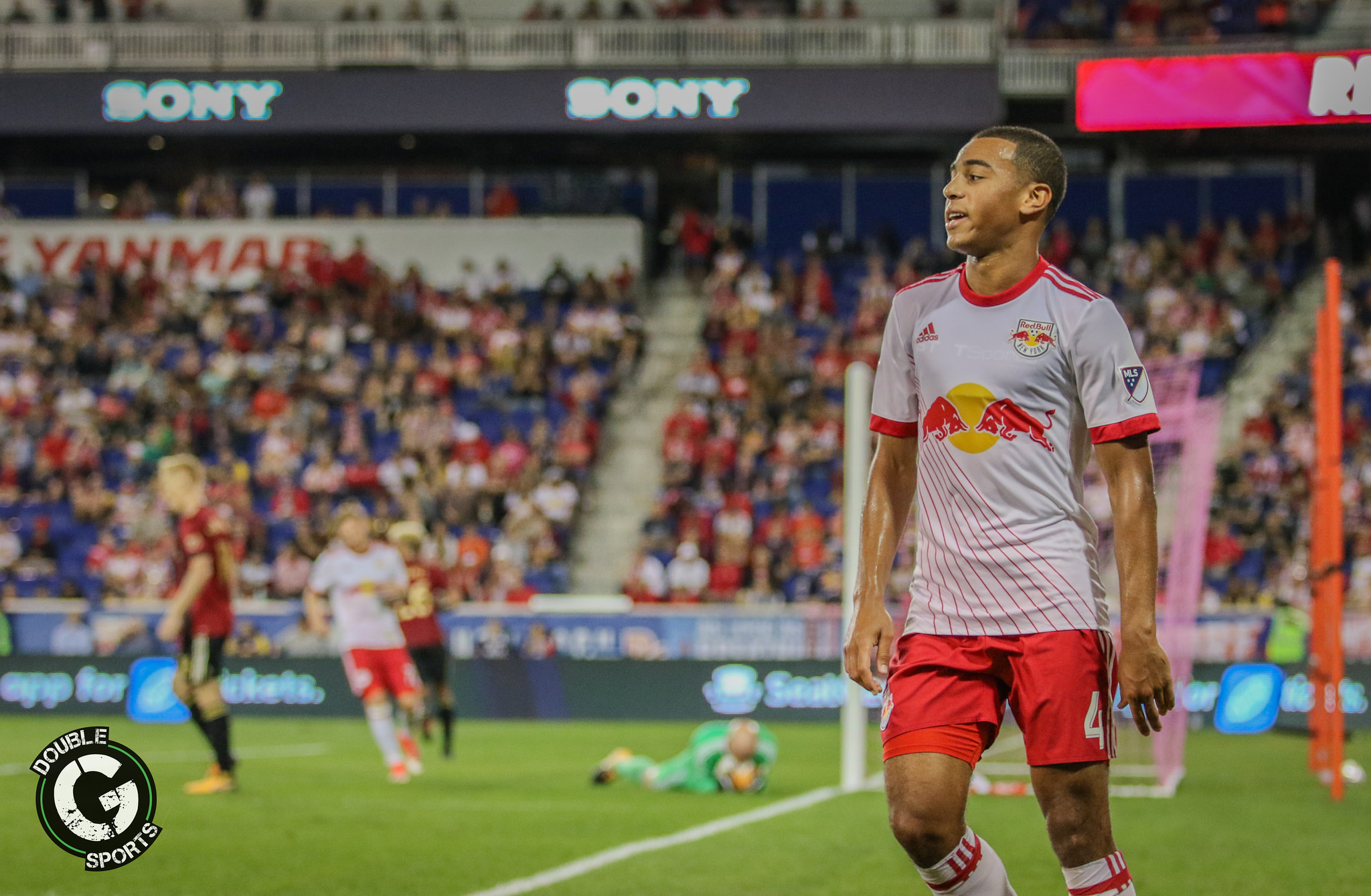 The New York Red Bulls have a chance to make it to the CONCACAF Champions League Quarterfinals, all they have to do is defeat CD Olimpia on Thursday at Red Bull Arena. A lovely Daniel Royer header gave the MLS club a precious away goal, but was cancelled out by a Brayan Moya penalty. This tie is on a knife-edge, everything is to play for as the second leg head to Harrison, New Jersey. Here are five things the NY Red Bulls must do to advance.

It’s been a staple of the Red Bulls ever since Jesse Marsch took over. With the high press comes a unity in pressing opponents, making them uncomfortable when they’re in possession as the Marsch’s men look to take the ball away. When successfully executed, they win the ball back high up the field and create an opportunity from it.

Which is what the NY Red Bulls did very well in first half of the first leg against Olimpia, rushing in packs to make the opponent have to make a decision quickly. It’s what led to the Red Bulls having lots of shots and possession against the Honduran outfit, something that can easily be repeated in the second leg. From the first minute onward, expect the home team to close any passing lanes, play a high line to cause offside calls and to strike on the counter.

“I thought in the first half we played quite well, controlled most of the half,” Marsch said. “Give big credit to Olimpia, because in the second half they really raised their game, they started to possess the ball a little bit more and create a few more chances.”

However, should they be unsuccessful, the Red Bulls could be as good as gone. They can’t afford to be caught on the counter, so don’t be surprised if Olimpia set up to defend from deep. Visually, the pitch at Red Bull Arena looks smaller than the pitch in Costa Rica which favors the MLS club. The high press, depending on which formation Jesse Marsch looks to use, could be the key in determining whether the Red Bulls advance.

2. Switch up formations when attacking/defending

Speaking of formations, they are part of what makes a team tick when they play. In the first leg, the Red Bulls switched between 4-4-2 and 4-2-3-1 when attacking and defending, it’s important they stick to this in the return leg.

Tactically, the differing formations create new passing lanes and confusion for the opposition as they scramble to cover players moving in new positions. Attacking with the 4-4-2 gives the two strikers up front to link up, while also allowing the wingers to either cut inside or whip in crosses out wide. Don’t forget the full-backs who make those overlapping runs and the central midfielders who can push forward, or press the opposition to create chances.

With the 4-2-3-1, it allows a number 10 to operate behind the main striker. So far, the only number 10 the Red Bulls have is Kaku, their big signing. We’ll get to him later on, but the Red Bulls could start the game with a 4-2-3-1 formation, as they look to create through the middle and on the wings. One could argue the Daniel Royer header was based off the 4-2-3-1, with Bradley Wright-Phillips picking up the ball from deep and launching a beautiful pass for Royer to finish.

In a game with lots at stake, Marsch could be tempted to deploy both formations as they look confuse Olimpia in the hopes of eliminating them.

3. Get an early goal

Because why not do what the Red Bulls did in the first leg? The away goal that could decide the tie came in the 31st minute, and for the rest of the first half the MLS outfit were in total command.

That’s what the mentality should be, from the off the MLS club must impose their will and try to make it the longest 90 minutes possible for Olimpia. An early goal will certainly help the cause, considering that we now know that the Hondurans are no pushover.

“We could’ve scored more goals and we wanted a clean sheet,” Royer said following the draw. “We couldn’t make that happen, so I think there were some positives, but also some negatives that we have to analyze. It’s good that we scored the away goal but I think we could’ve made a better result.”

Psychologically, an early goal for either team gives them the license to dictate the game from any direction. When the Red Bulls got it, they dictated the tempo by moving the ball at their own pace as they looked to put the tie out of reach. And while that obviously didn’t happen, they dominated proceedings and gave themselves momentum and belief to go out and do it again. The first goal in Harrison could be the one that decides this.

4. Play Kaku no matter what

This is a big game, and what would it say if their big signing doesn’t play a part in this? Especially, at home where fans have been waiting to have a proper look at him.

So far, we’ve only seen Kaku feature in one preseason game against Phoenix Rising FC, in which he operated as the number 10. But the preseason is over, Thursday is when the real work starts and nine days after it comes the league home opener against the Portland Timbers. The time is now to play the man that fans have waited a while to see, at home under the lights.

Tactically, he’ll fit right into any formation, on the wing or in the hole behind the striker. His pace aids him when it’s time to press his opponent, while his feet are what make him the star he’s surely bound to be. This’ll be a big decision no matter how it goes.

Should the Red Bulls want to move onto the quarterfinals, having Kaku involved surely helps.

What Is The Effect Of End Of The Boston Breakers On The NWSL?
Philadelphia Union Season Preview