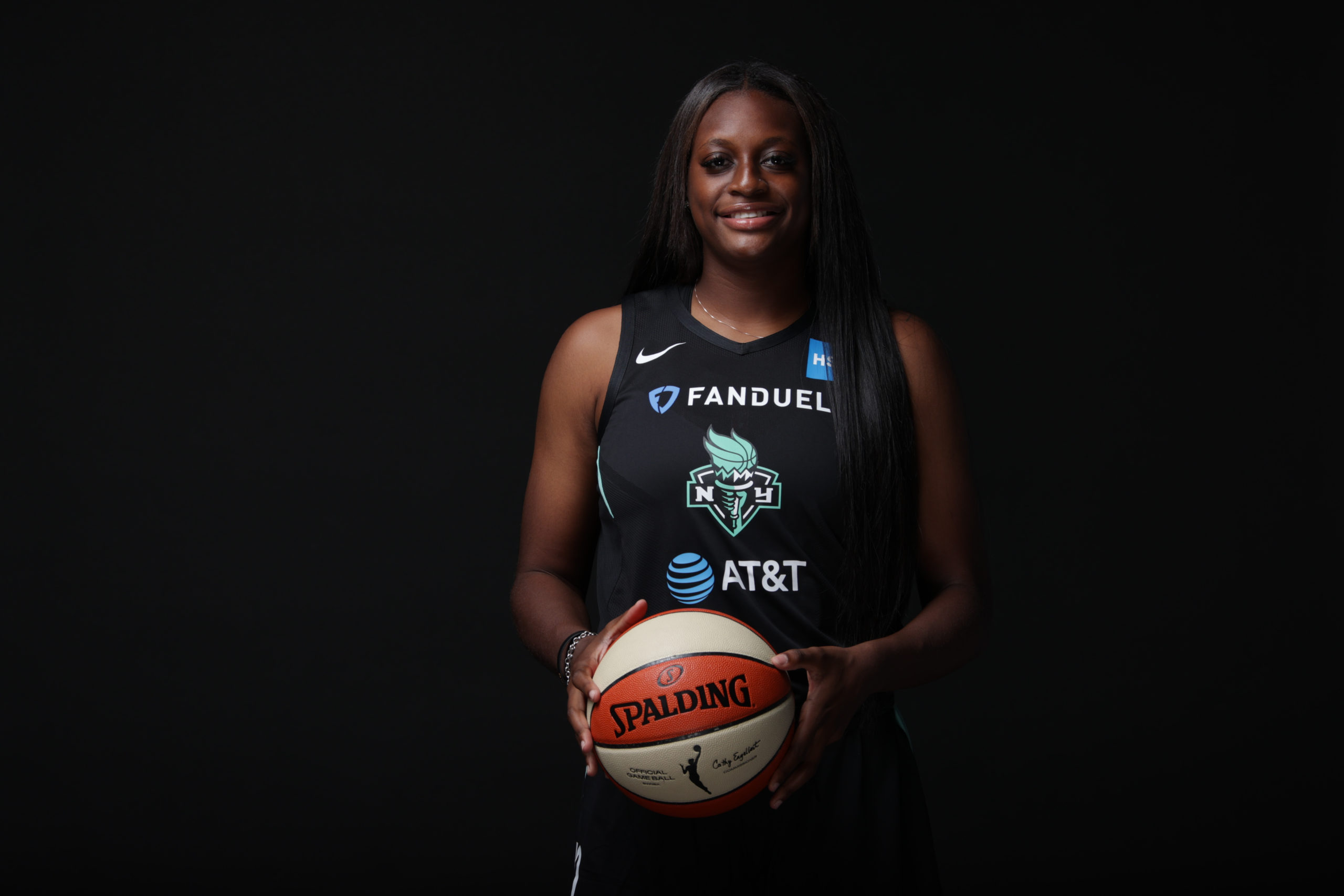 Joyner Holmes had a fantastic women’s basketball career at the University of Texas. From her first year, where she was named Big 12 Conference Freshman of the Year, to her final season as an All Big-12 Honorable Mention and Katrina McClain Award Top-10 Finalist, Holmes kept fans hopeful for a national title. Her senior season was statistically her best yet, where she averaged 13.1 points, 8.7 rebounds and 2.0 assists. However, coronavirus cut her NCAA career short.

After being drafted, and then waived, by the Seattle Storm, many feared they had seen the last of the Cedar Hill, Texas native. Joyner Holmes never gave up, though, and was recently signed by the New York Liberty for the 2020 season. Both are hoping for their first league-wide championship.

Liberty fans can expect polished guard-like skills from the 6’3” forward, including strong passing, play making, and transition play. Her aggressive rebounding and domination of the low post is expected to help a young and guard-driven New York team compete against the top bigs in the league.

But Holmes has more to offer than just her skills on the court. On Thursday, July 24, Holmes shared with us her positive attitude, competitive energy, and relentless spirit. 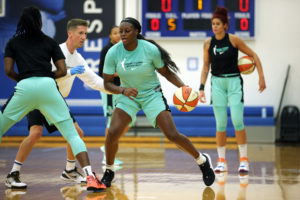 Double G Sports (DGS): The entire 2020 WNBA Draft Class had a very unique transition from college to professional basketball. Between having no NCAA tournament, a remote draft, and now a delayed single-site season during a pandemic and national demands for justice, how have the past few months affected you as an athlete?

Joyner Holmes (JH): Well for [Texas], it was not just the NCAA tournament…We didn’t even get to finish our conference tournament. I figured if we did not get to play that, we sure wouldn’t get to play [the NCAA tournament]. As far as an impact, I would say it has been challenging for all of us. We’ve just been trying to work out in different places and areas, as well as trying to stay in shape as much as possible to get here to the bubble. I think it’s been pretty challenging, but I’ve been able to work around certain circumstances.

DGS: Many fans and media personalities question the legitimacy of success during a season where so many players are unable to compete. Do you believe the current situation reduces the value of victory or that the challenges make it more meaningful?

JH: I think the challenges make it more meaningful! We all signed up to come here and put our best foot forward to compete every day. You know what you sign up for, so we all put ourselves into the same situation [in Florida]. The challenge is what makes it more fun because you want to compete more. When you play sports, you focus on other schools, other people, other teams, and it opens other doors for you. It will be a great season for us, it will be challenging especially because we are probably not in the normal shape we should be in but I think it will all come together.

A Team of Seven Rookies

DGS: Now, out of 36 draft picks, only 25 secured roster positions for this summer. Seven of these 25 players, including yourself, represent the New York Liberty. How have the rookies of the team been able to support each other in this transition?

JH: I think it is just easier for all of us because we know where we are all coming from and all around the same age group. It’s easier for us to talk to each other and get advice from each other to figure out what is going on, on and off the court. It’s going to be a very interesting season, especially with our team being so young.

We’re a really fearless group, we have a lot of heart, and we’re going to fight, so I’m interested to see how it goes.

DGS: Have you received any special advice from veterans and coaches on the team in preparation for the season?

JH: I think continuously being myself. I got here for a reason, so just using that to my advantage, like the skill set I’ve been blessed with, just using that every day. Bringing effort, energy, and communication every day will help us a lot.

DGS: How does it feel to represent New York as a city, especially as it recovers from the first wave of coronavirus that was so devastating to the community?

JH: I think [playing for New York] is a blessing in disguise. I don’t think growing up I planned to be playing for the New York Liberty one day, but here we are now. I’m just excited to represent an area where the coronavirus hit really hard and I have a former teammate who lived in New York, so I kind of know the background of everything going on there. It’ll be interesting, but I am happy that I was chosen to play for New York and I hope we can perform for the city.

DGS: How important is it to uplift Liberty fans during these difficult times?

JH: It’s extremely important, I think they’re behind us full-force. Just seeing the comments on Instagram, we have a great fan base here. That’s so important to any team, you want to have people behind you and people cheering and rooting for you.

DGS: Is there anything else you would like to share with those who will be cheering for you remotely this year?

JH: Thank you and stay safe!

Fans can watch Joyner Holmes and the New York Liberty take on the Seattle Storm July 25 at 12pm ET on ESPN.