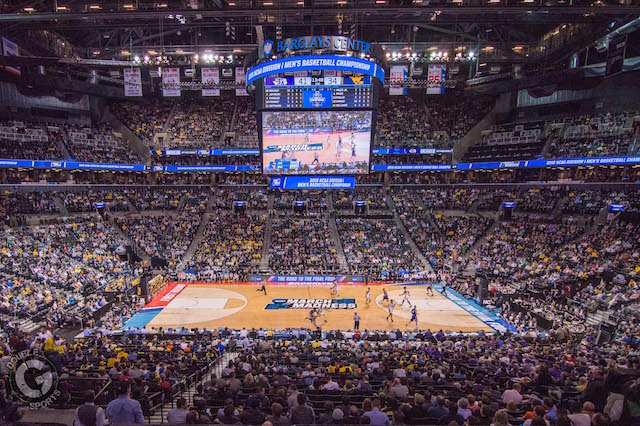 Jay Wright’s Villanova Wildcats were on a mission and the mission was accomplished when they nipped the Carolina Tar Heels, 77-74, on a perfectly-executed, end-of-game play, which resulted in Kris Jenkins game-winning shot heard-round-the-world at the buzzer.

It was the Wildcats second national title; the first being the ‘Cats upset of top-seeded Georgetown under Coach Rollie Massimino in 1985.

Senior Ryan Arcidiacano, Mr. Villanova, was the maestro throughout the tournament for ‘Nova, leading the team to a series of wins over Miami, Oklahoma and in the final over UNC.

I know everyone will never forget the final game and Jenkins game-winner, but the semifinal win over Buddy Hield and the Oklahoma Sooners was a basketball clinic.

What will the Wildcats do for an encore?

Arcidiacano will graduate as the first player in school history to score over 1,500 points and dish out over 500 assists.

Fellow senior Daniel Ochefu poured in over 1,000 points and grabbed more than 900 boards in his much-under rated career.

But Wright should have a solid core group of talent back next year in Josh Hart, Kris Jenkins, Phil Booth, Jalen Brunson, Mikal Bridges along with top-recruits Omari Spellman and Dylan Painter.

How about a repeat?

Stewart era comes to an end

UConn pummeled Syracuse 82-51 in the final with Stewart pouring in 24 points along with 10 boards to lead the way.

Stewart picked up her fourth consecutive Most Outstanding Player award for her performance as icing on the cake.

For UConn Coach Geno Auriemma it was the 11 time he hoisted a championship trophy which allowed him to surpass the legendary John Wooden who ended his career with 10 trophy’s at UCLA.

The Huskies have come under fire of late (Boston Globe’s Dan Shaughnessy) for the manner in which they have totally dominated the women’s game.

I totally disagree and feel that Auriemma and Co. has raised the bar and set the standard, just like Tiger Woods revolutionized the game of golf.

It’s time for Maryland, Notre Dame, Baylor, South Carolina, Stanford and others to step up their game. Auriemma doesn’t have a stranglehold on recruiting …. You telling me that Brenda Friese, Muffett McGraw, Dawn Staley and Kim Mulkey can’t recruit?

As far as I’m concerned, the road to the title will continue to run through Storrs, Ct even though the Huskies will no longer have the services of Stewart, Moriah Jefferson and Morgan Tuck.

Unless Seattle orchestrates some kind of pre-draft trade Stewart is bound for the WNBA and a West Coast destination.

Most of the big-time coaching jobs have been filled with Josh Pastner moving from Memphis to take over the reigns from the ousted Brian Gregory at Georgia Tech.

Kevin Stallings made the move from Vanderbilt to take over for Jamie Dickson who accepted the challenge to close out his coaching career at his alma mater, TCU.

Good luck to both Pastner and Stallings who will be slugging out in the ACC – the best basketball conference in the country.

Perhaps an email to Virginia Tech’s Buzz Williams would be helpful!

Bryce Drew left Valporaiso for Vanderbilt when Stallings agreed to take the Pitt job. It is the first time since 1988 that a Drew will not be the coach at Valpo. Homer Drew (father) and Scott Drew (brother and current Baylor coach) preceded Bryce.

I am curious why Monmouth’s King Rice was not a top candidate at one of the three schools?

He is ready and I think a Georgia Tech missed out on a good one AND he has the ACC pedigree.

Maybe he is waiting for Roy Williams to hang them up at his alma mater!

Ten individuals will be inducted into the Basketball Hall of Fame on Sept. 9 in Springfield, Mass.

“The difference in winning and losing in college basketball is so small.

The difference in your feelings is so large.”

Congratulations to the following tri-state basketball teams that made the USA Today Sports Girls Super 25:

(Various wire reports used in the compiling the column)