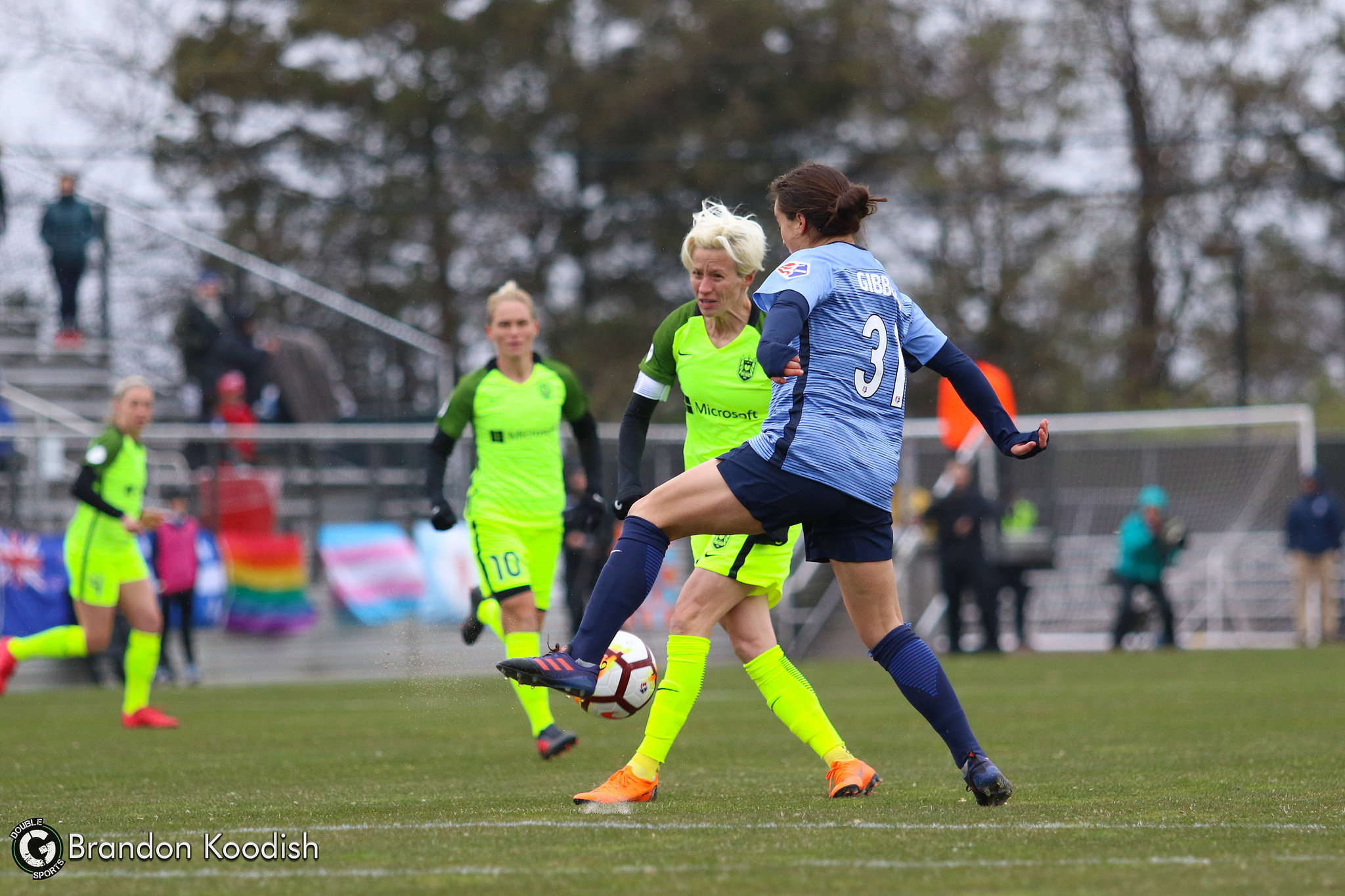 Game Recap: Sky Blue Falls to Seattle on the Road

Seattle, WA (May 12, 2018) – The struggle continued for Sky Blue FC (0-4-1), this time falling 4-1 on the road. The Seattle Reign FC (4-1-1) team was able to control most of the game from the beginning, without disappointing the 3,607 fans that showed up to the UW Medicine Pitch at Memorial Stadium in Seattle, WA.

At the 5’ Seattle’s Stephanie Catley serves a ball into the box. It is Jodie Taylor that is able to get her head on it. The Reign was up 1-0. Seattle’s possession and the creation of opportunities throughout the first half saw the second goal at the 38’. Megan Rapinoe was able to collect a ball right off Sky Blue’s defender, Erica Skroski, and from outside the penalty area, Rapinoe was able to connect a powerful shot, which left Kailen Sheridan without being able to defend her net.

The Sky Blue offense did not see many opportunities during the first half. In fact, the entire team was forced to take a step back and defend.

The second half was a much better half for Sky Blue. Although the Beez were looking much better and were able to create more chances, at the 60’ Rapinoe takes a shot opportunity and scores her 2nd goal of the night, assisted by Nahomi Kawasumi and putting Seattle up 3-0.

Only 2’ later, Sky Blue responded after Carli Lloyd is able to control the ball outside of the box and finds Savannah McCaskill who, with a one-touch, chips the ball over Lydia William’s goal to give Sky Blue the 3-1.

It is Allie Long who, at the 84’ seals the score for the match. After a corner kick play and a shot from Rumi Utsugi hits the far post, Long gets to the rebound first and taps the ball in for the 4-1 in favor of Seattle Reign.

As predicted on our game preview for this match, Sky Blue head coach Denise Reddy’s starting XI saw Shea Groom as a started and Raquel Rodriguez came in as a sub for Sarah Killion during the 62′. Thaisa Moreno also saw some action when she went into the game, subbing Janine Beckie at the 74′.

Sky Blue FC is back home to welcome No. 1 North Carolina Courage on Saturday, May 19. The NJ team will be honoring Eric LeGrand as the team’s honorary captain during a ceremony previous to kickoff.

Kickoff is set for 7:00pm ET at Yurcak Field in Piscataway, NJ. The match will also be live streamed on go90.