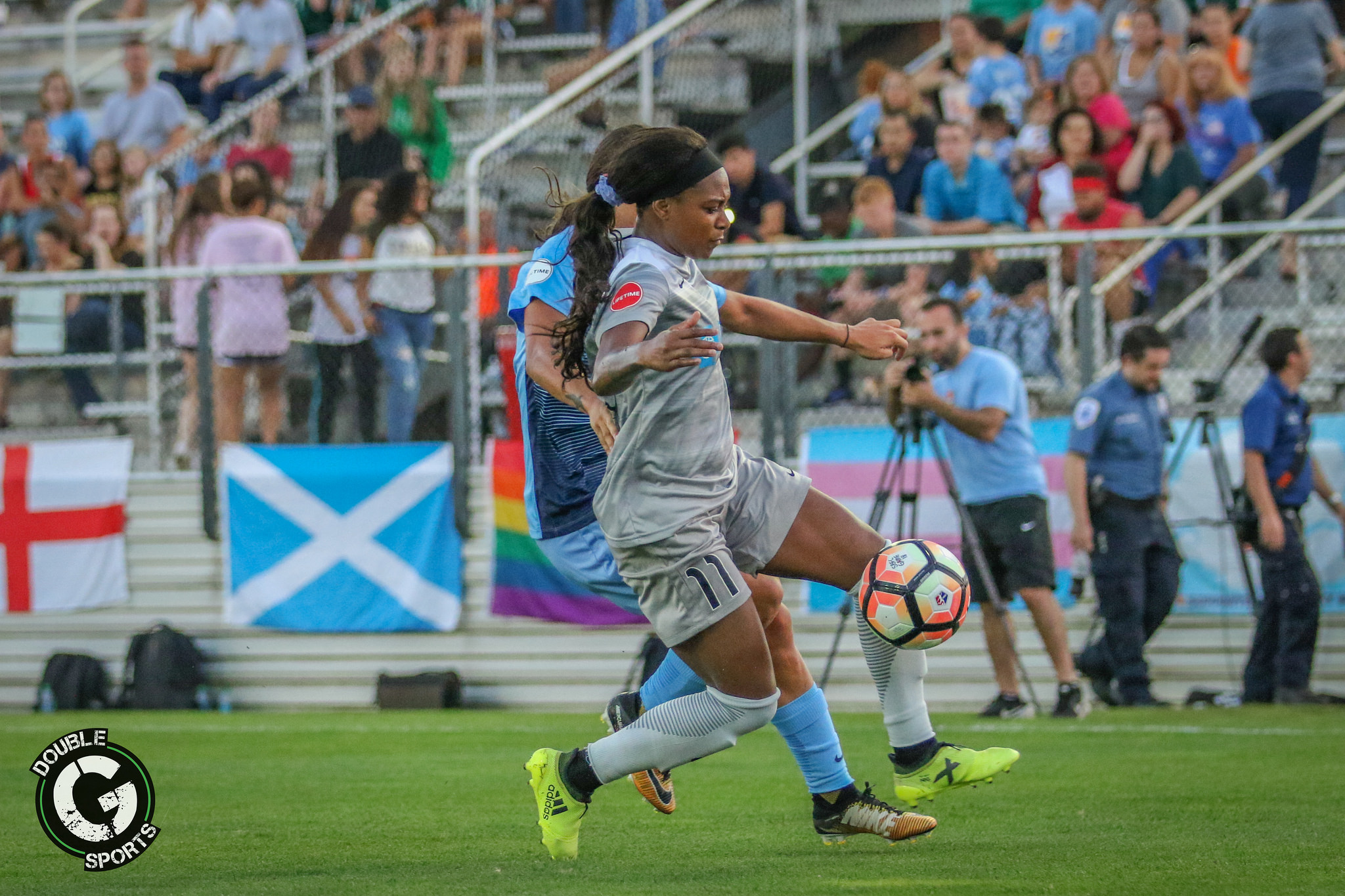 Cary, NC (March 31, 2018) – If my predictions accounted for only the 90-minute length of the games, I would have predicted this game correctly. Though this was not the case and I am now 0/1 on the board.

The game was 0-0 up until the 92nd minute. A late goal from Jessica McDonald handed the 1-0 victory to North Carolina Courage over Sky Blue FC, and the Courage now sit in first place of the standings for week 2.

The First Half Goes to Sky Blue FC

I definitely liked what I saw in the first half for SBFC. The presence and leadership of Carli Lloyd in the midfield was essential in the creation of opportunities for the team. There were great plays by Savannah McCaskill and Shea Groom. Despite only getting three shots on goal, SBFC displayed good teamwork and ball movement for the first half.

After halftime, the NC Courage team regrouped and came out more aggressive. We saw dangerous plays by the Hamilton, Dunn and McDonald trio. Regardless of the many opportunities created by NC Courage, it took them additional time added to the clock to be able to convert and take the three points from SBFC.

Next, Home Opener in New Jersey

This upcoming weekend there is a FIFA break. There will be no NWSL games. After the break, Sky Blue FC will have their home opener. The game is scheduled for Sunday, April 15 at Yurcak Field in Piscataway, NJ. They will host the Seattle Reign FC. Kickoff will be at 5:00pm ET.

If you cannot attend, you can also watch live on Go90.