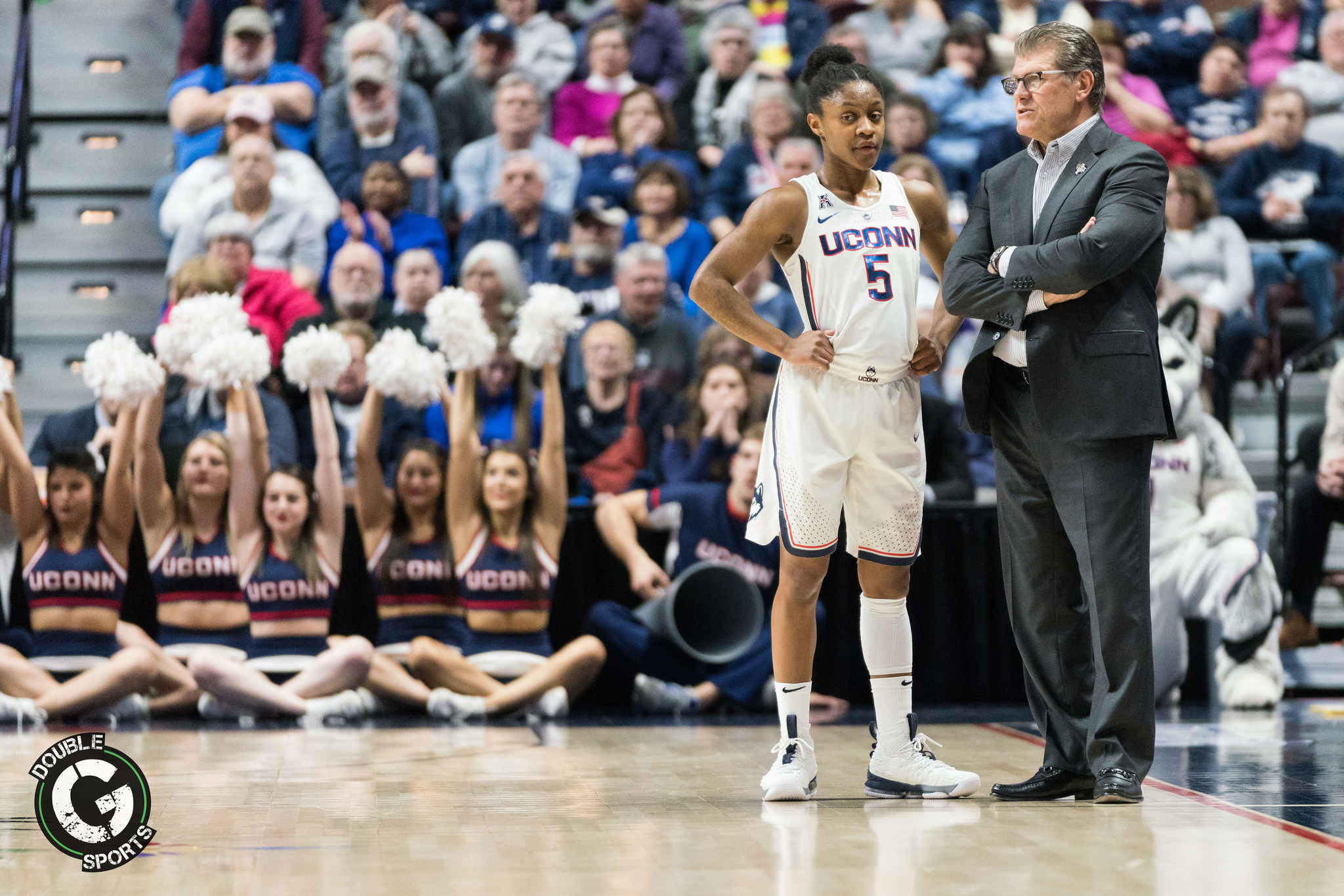 The sting of losing in the 2017 Women’s NCAA Tournament seems to have resonated with Geno Auriemma and the Connecticut Lady Huskies.  After a year that saw UConn go 32-0, facing the nation’s third toughest schedule, you knew that the Lady Huskies meant business.

It was March 31, 2017 when UConn’s 111 game win streak came to a halt; by a mere two points (66-64).  The Mississippi State Lady Bulldogs did what no other college women’s basketball team could accomplish since UConn lost to Stanford in 2014.

Geno and the team took the loss in stride, though certainly there was a sense of pain inside.  I think Geno was somewhat relieved and took the opportunity to further substantiate his position as a champion of women’s hoops and a pioneer of today’s new age game.

Saturday, when the Lady Huskies exploded for an NCAA record 94 first half points against St. Francis, it was clear a statement was about to be made to the rest bracket.  That statement, is the Lady Huskies want their trophy back.

Is this year’s team prepared to take the title?  With 5 starters that average 10 plus points a game and three that average 7.5 plus rebounds the Lady Huskies are loaded.  Frankly, this might be Geno’s most balanced and versatile team.

Opponents struggle covering the ACC Player of the 6-3 Katie Lou Samuelson who averages 17.9 pts per game in 2017-2018.  Samuelson’s game is inside and outside as she’s sunk more than 100 3-point field goals in her career.  The year hasn’t been exactly what Samuelson hoped for, she injured her ankle early in the season during a game against the Lady Longhorns.

Samuelson comes from good stock, her dad played professional basketball in Europe and her mom was an All-England Netball competitor.

Senior Gabby Williams does a little bit of everything as she leads the team in steals and assists.

Does this all point to Geno and the Lady Huskies hoisting the NCAA Championship trophy in the air on April 1 in Columbus Ohio?

If you told me they didn’t, I would expect your next statement to be “April Fools.”