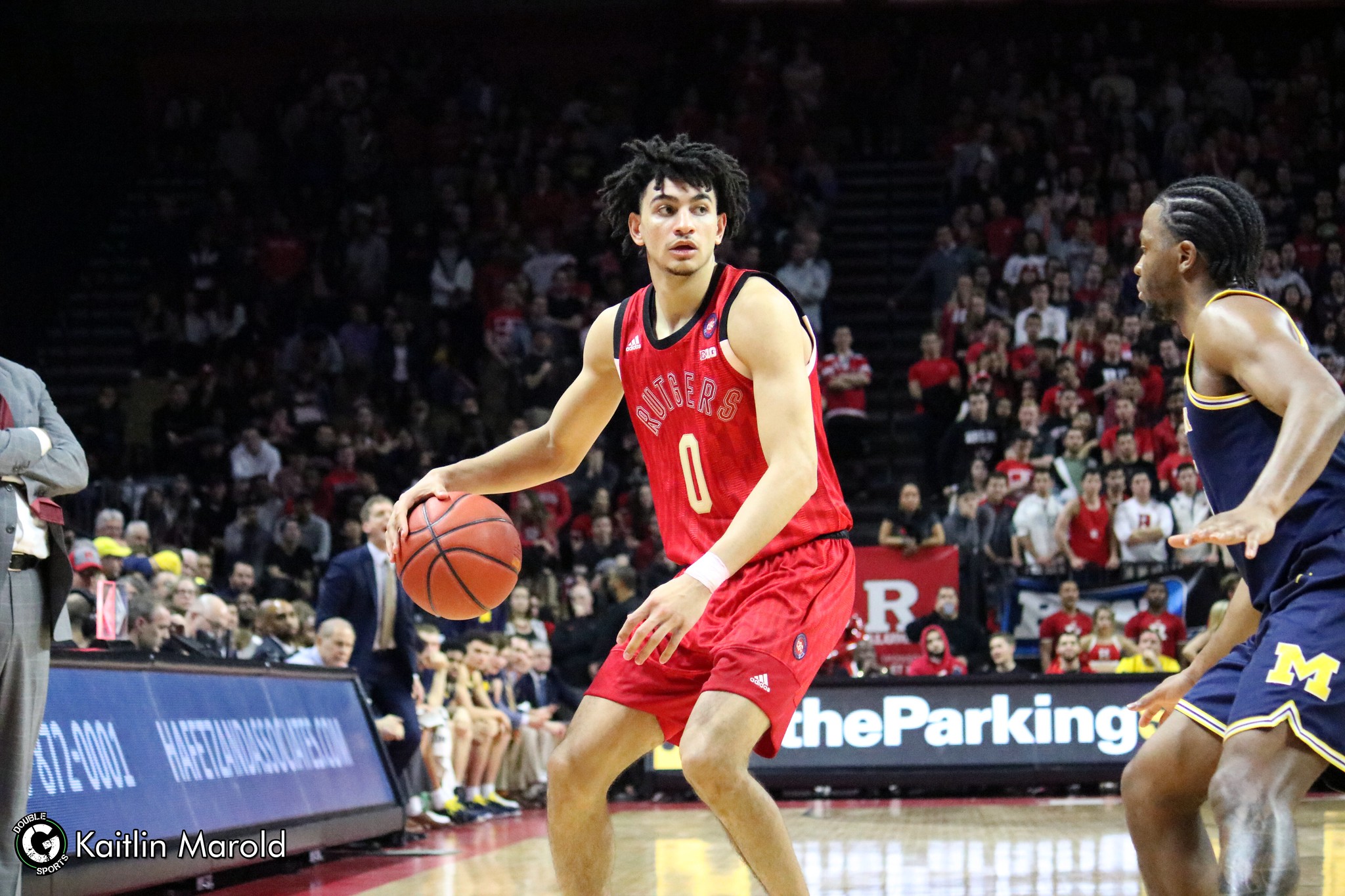 Geo Baker Feeling No Pressure Ahead Of Rutgers’ Historic Matchup vs. Michigan at MSG

Geo Baker makes his return to Madison Square Garden on Saturday when Rutgers takes on Michigan in a game of historic implications.

A mix of opportunity and pressure awaits the No. 25 Rutgers men’s basketball team at Madison Square Garden on Saturday. A win against Michigan would be the program’s first in its history, and clinch a winning record for the first time since 2006.

The Scarlet Knights will be under the weight of history. It’s a weight emphasized by the spotlight of playing in the world’s most famous arena. But for junior point guard Geo Baker, the circumstances don’t translate to pressure.

“Basketball is fun … life is pressure,” Baker said. “I love the big moments. I love the big stage. It elevates everyone’s game and it even elevates the opponent’s game … we came to the Big Ten for moments like that and we’re just trying to enjoy it.”

Baker has been there before. As a freshman in the 2018 Big Ten Tournament, he came off the bench to spark Rutgers to an unexpected run through the first two rounds. He put up 15 points in a second-round upset of Indiana, then led the team with 25 points in an 82-75 quarterfinal loss to No. 8 Purdue.

Saturday will mark Baker’s first game at Madison Square Garden since then, as the last man standing from that 2018 postseason run and now a team captain. It also marks the first game back for their opponent, Michigan, who went on to defeat Purdue in the final that year, and claim the Big Ten Championship.

It will be a stark reversal from where both teams were two years ago. Rutgers, in just the second year under head coach Steve Pikiell, finished in last place with just three conference wins that year. On Saturday, they’ll go into the Garden just one game out of first place, boasting its second straight week in the AP Top 25.

Meanwhile, the Wolverines currently sit in tenth place, with the same amount of conference wins Rutgers finished with, in 2018. Their return to Madison Square Garden marks a moment of steep decline from their conference championship there, just two years ago.

The Wolverines were sparked by a young player of their own that year, in point guard Zavier Simpson. Simpson, now a senior, will likely be Baker’s primary responsibility on Saturday.

“He’s one of the better leaders in the Big Ten,” Baker said of Simpson. “You can just tell that guys really trust him to make plays for himself and for others … he’s a veteran, it’s going to be a big challenge.”

Baker and Simpson also come into the game off of contrasting conditions. Baker will be one week removed from delivering a game-winning 3-point shot against Nebraska last Saturday. Simpson was suspended for Michigan’s most recent game against the Cornhuskers, due to an undisclosed violation.

However, both of those circumstances will be overshadowed by the gravity of Saturday’s game. It will be a crucial turning point for both teams, with one looking to keep pushing the boundaries on history and bury its once-lowly reputation. The other will be looking to rekindle a winning aura at the sight of its greatest recent heights, and maintain its dominance over a team they have never lost to, despite the reversal in circumstance.

The result can either bolster or undermine the Knight’s NCAA Tournament resume. Rutgers, as the official away team, takes a 1-5 road record into the Garden. The Knights still have to play No. 15 Maryland and No. 24 Penn State in their home arenas. Facing a tenth-place Michigan team only 39 miles away from Piscataway might be Pikiell’s best chance at a statement win on the road for the rest of the regular season.

“We’ve had a lot of new firsts this year,” Pikiell said. “We were picked twelfth in the league … twelfth is not where you want to be picked. We have a lot to prove.”