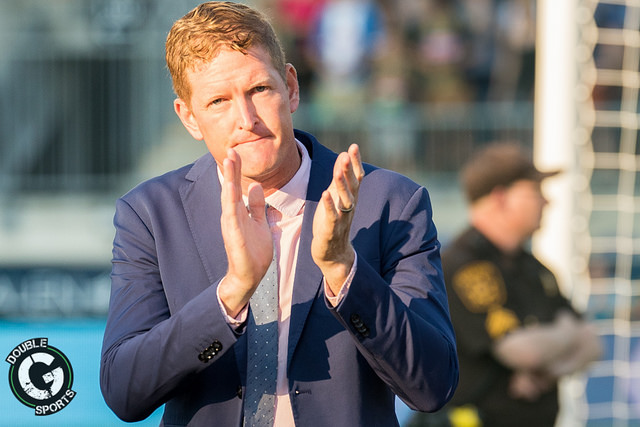 On a beautiful Friday night in Chester, Pennsylvania, the Philadelphia Union took to the field optimistic to get their first win of the season. Coming off three straight losses, Jim Curtin showed he was flexible by starting an attacking lineup at home. The first indication was moving Bedoya to a box-to-box in this setup and moving Alberg into his natural number 10 role as the creator. Jim moved Onyewu to the bench and gave the 2017 fourth round draft pick Jack Elliot his first start of the season.

Did the Union secure their first victory of the season?

The short answer is no, but we must dive deeper than that because the game was truly a representation of the season so far for both teams. Both teams started with high energy and the NYCFC players as per usual took a build from the back strategy. The Union pressed high when New York looked like they were playing deeper. However throughout the whole game there were no point blank chances to break the possession and counter to goal.

The game went back and forth until Bedoya’s low shot in the 27th minute was the best chance yet but was parried by a gigantic and in-form Sean Johnson. New York had their first chance in the 30th minute when Villa shot low and Marquez sacrifices his body and both hands to block the shot. No penalty was given and Blake blocked the rebound. The game stayed 0-0 going back and forth. Good crosses were whipped in from Pontius but CJ Sapong couldn’t get a good touch to any of them.

Villa came close to blowing a gasket in the 39th minute after Bedoya chipped his shin from behind but no foul was called. Pair that with the not called hand ball and an intense spaniard and we get an entertaining David Villa. All was equal at the half, with both teams having good chances. Villa walked off while incensed with the referee.

Seven minutes into the second half, Rosenberry’s bad clearance lead to a chance for David Villa. His anger must have gone to his foot because he smacked the ball under a sprawling Andre Blake in the 52nd minute to give NYCFC the lead.

From there the game got chippy. Alberg took out defender and then a New York City defender came right back down the field with a yellow worthy tackle.

Rosenberry started to push high up the field leaving space on the left hand side for New York. The light blues got their chances but Blake was equal to each one. A great save parried away in the 66th minute preserved a one goal game for the Union. Rosenberry did not have the greatest game which included giveaways and bad passes galore. Adam Najem made his debut and had an impact on the ball. The Union pushed and NYCFC countered back for the last half hour. Blake again kept the Union in it with an incredible cat like save on Villa in the 83rd before Villa skied the rebound.

It was all over with a few minutes left when David Villa scored the most incredible goal I’ve ever seen in person. I’ve watched a lot of soccer in person. Picking his head up from midfield, he caught Blake off the line and lobbed it from 50 yards. It’s going to be the easy pick for goal of the week.

Villa’s 2nd goal buried the Union and may bury Jim Curtin’s coaching career in Philadelphia. In the post game conference Curtin expressed his appreciation for the support and backing of the front office. While true that Stewart again expressed his vote of confidence, it’s usually not a good sign when your sporting director has to specifically address a coach’s inability to win games. Four games in a row now with a loss, and still winless on the season. Stay tuned for locker room interviews and player reactions.

3 Things To Watch For as NYCFC Head to Philly To Face The Union
Sky Blue FC Writers Preview Season, Game One
Posting....