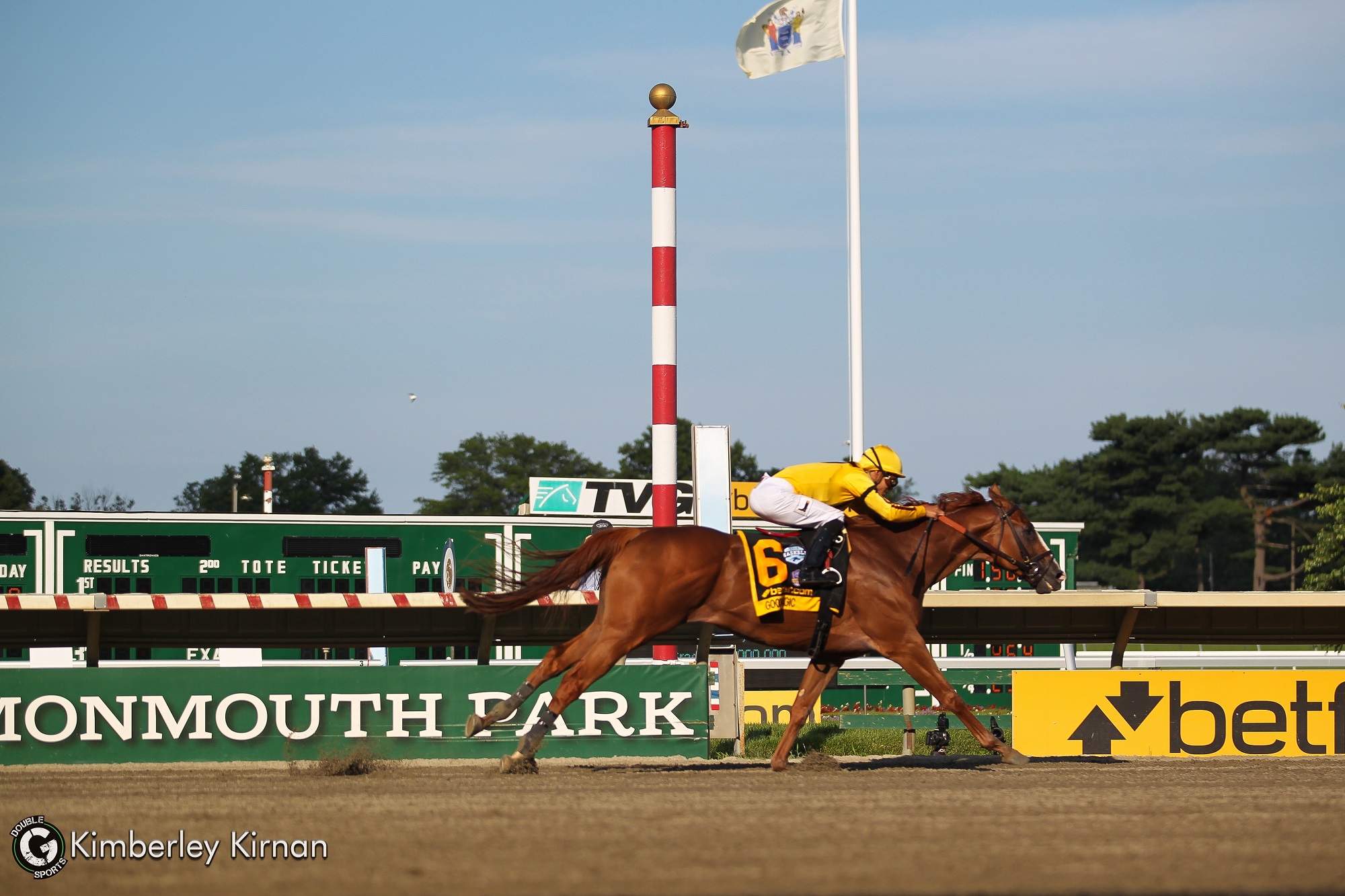 Favorite Good Magic ran through the pack to win the 51st renewal of the betfair.com Haskell Invitational on Sunday.

Sunday was one of the biggest days in horse racing, not just in New Jersey but the entire country. Haskell Day is a tradition at Monmouth Park where the town of Oceanport essentially shuts down, and thousands of people swarm to the track. While it is an all-day event, the main event of Haskell Day is the 51st renewal of betfair.com Haskell Invitational. The 12th of 14 races on the day, The Haskell is a prestigious race in the industry and one that has a long lineage of great horses winning the title.

This week was the first time I would be covering horse racing in my reporting career. I have attended a few races as a spectator, including a couple of runs at Monmouth Park. As I was Walking around the grounds of the racetrack, there was a party like atmosphere everywhere. It is comparable to the energy of a Super Bowl or any major sporting event anywhere. People come from all over the state and the country to watch a full day of racing and enjoy the Jersey Shore.

The anticipation for the race was palpable with about 20 minutes to go before post time. The field, although just seven horses, featured big names. Names like Bravazo, Good Magic (the favorite) and Core Beliefs were those that many saw as a winner. The winner would also qualify for the $6 million Breeders’ Cup Classic. The crowd began to rock as Bruce Springsteen’s “Born to Run” began to play as the horses made their way to the track.

In the end, Good Magic, who was the 1-2 favorite, pulled away from the field to take the betfair.com Haskell Invitational. Early on jockey Jose Ortiz pulled the horse away from the pack which helped calm the horse. Once that maneuver was done, Good Magic started to move to the front and eventually pull away from the field en route to the easy three lengths victory (1:50.01) and trainer Chad Brown’s first win at The Haskell.

“He broke really. We got into a good position and he relaxed really well,” said Ortiz. “When I asked him to run I pushed the button and he was there for me. It was a really easy trip. He made it easy for me. When he passed the eighth pole he actually gave me another gear. When we hit the sixteenth pole I said `all right, let me gear down because we have the Travers coming up so I want to save a little bit. I think he did it pretty easy. I’m just happy we got the win.”

“Winning the Haskell here means a lot,” Brown said. “To finally win this race is special. I got my start here. I took my trainer’s test here the day after the Breeders’ Cup in 2007. I came back a year later and had horses here. Last year we ran two horses in the (Haskell) and one was the favorite (Timeline) and didn’t win, so it means a lot. You have to come with the right horse and this is a really good horse.”

In addition to The Haskell, there were 13 other races throughout the Haskell Day, which began at noon.