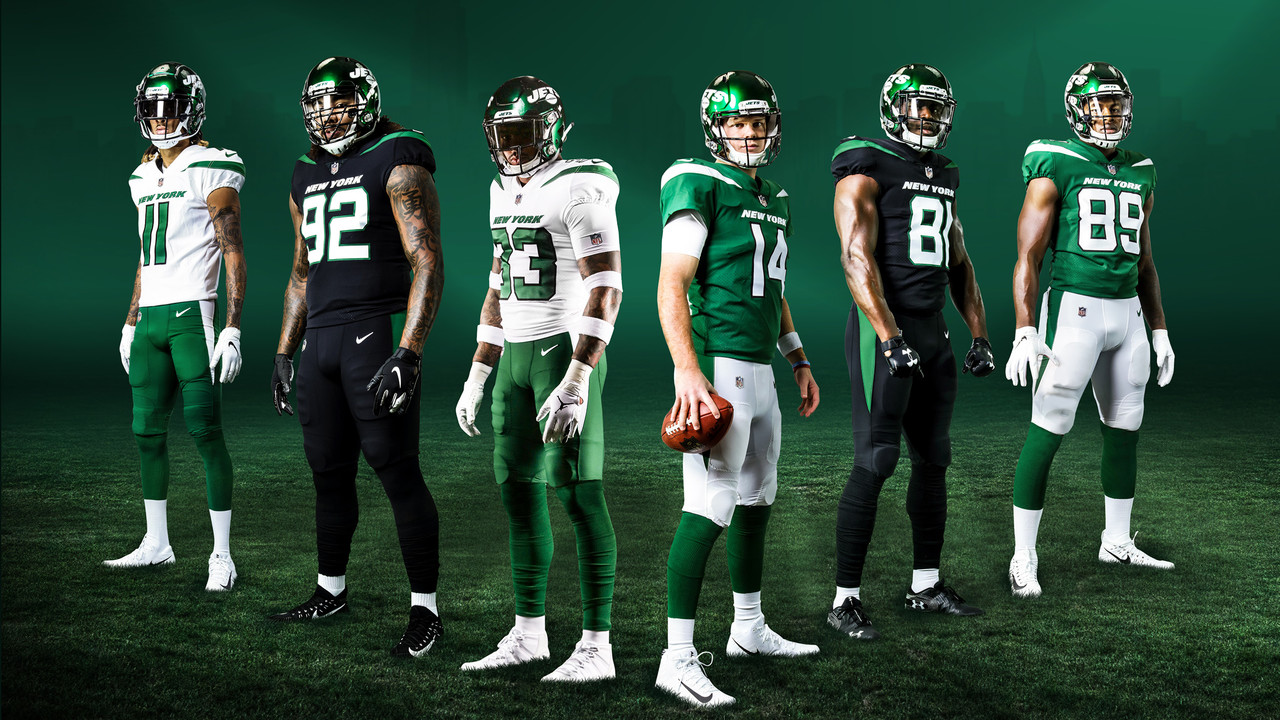 One of the hottest subjects on Twitter was the unveiling of the Jets’ new uniforms.  It may be region bias, but it was all over most of our timelines for a few hours.  Sure it was a bit of a production, with a full fashion show and JB Smoove introducing the event, but at the end of the day they’re just uniforms.

As Sam Darnold mentioned in his speech, “If we don’t play well, the uniforms aren’t going to look good.”  He could not be more spot on.  Obviously you don’t want your team playing in ridiculous colors or a scheme that makes them look like an amateur team.  These are not those.  There are elements that I really like, and some that I could do without.  Let’s break it down.

The kelly green they used looks sleek.  It’s a good color and brings a little more pizzazz that the other green didn’t provide.  However, I’m not sure why every team is looking to incorporate so much black in their alternates.  The green and black just doesn’t go well together.

The helmets are by far the best part of this new change.  They are sleek, have great pop, and are a good homage to the past.  It has a little element of retro in it while also being with the times.

Everyone is going with the chromey colors now and this is no different.  However, there’s something about the color green and the bright white that just works.  Good job on this one, Jets.

There’s no reason to go through each jersey combination because it would take forever, but just a few notes on each of the three colors;

White – Sleek, but I absolutely hate the green streak across the shoulder.  If they just let it be white or had a green trip at the bottom of the shoulder, it would look much cleaner.

Green – Same deal.  It’s a sleek color and keeps somewhat true to the Jets’ green.  It would have been nice to see an Eagles’ kelly green but that’s not the Jets style.

Black – Meh.  I don’t love the black jerseys, with the exception of the Baltimore Ravens.  I think black leaves a lot to be desired, especially that black and green don’t really mix all that well.

The Jets didn’t hit it out of the park, but they did a good job of mixing in some history along with adding some new flair to their jerseys.  These actually look much better on the players than they did in the leak, and they will grow on everyone.

The best part BY FAR are the helmets, which the Jets did hit out of the park.  The black uniforms are a bit much but they need to sell jerseys.  Overall, it’s a fresh change and a good look for the Jets.  I would have liked them to add a retro Jet in there, but nonetheless good job by the team.