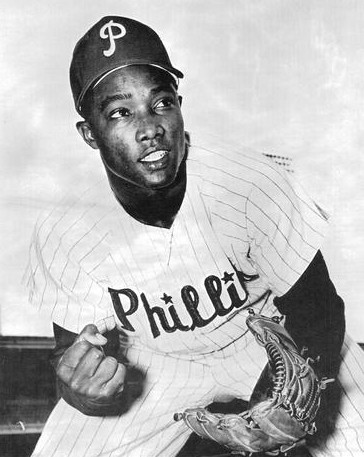 Thursday morning, it was announced that former Philadelphia Phillies infielder Tony Taylor passed away at the age of 84.

Taylor, who was born in Cuba, quickly became a fan favorite in the City of Brotherly Love thanks to his flashy glove and compact bat. During his 15 years with the Phillies, which ranged from 1960-1976 (Taylor was traded to Detroit in the early ’70s before returning to Philadelphia as a free agent in 1974), Taylor was able to acquire a BA of .261, rack up a total of 1,511 hits and smack 219 doubles. He also made the All-Star Game in 1960 and finished 16th in MVP voting in 1963.

Heartbroken today with the news of Tony Taylor’s passing. To me, he was more than a former teammate… he was my best friend and one of finest human beings on the planet pic.twitter.com/enXxCvzu1k

Although Taylor could swing the sticks, what made him such a special asset, was his sensational glove. In 1963, the flashy INF from Cuba led the National League with a .986 fielding percentage. By the end of his career, Taylor had acquired a career fielding percentage of .976, which is actually hard to fathom.

Taylor played a total of 1,003 games at second base for the Phillies, which ranks second in franchise history behind only Chase Utley. In 2002, Taylor was inducted to the Phillies Wall Of Fame, which honors the franchise’s most distinguished and accomplished individuals.

Tony Taylor, one of the best fielders in Phillies history, died this morning. He was 84.

“Tony was undeniably one of the most popular Phillies of his or any other generation,” Phillies managing partner John Middleton said. “His baseball talent was second only to his warm and engaging personality, as he would always make time to talk with fans when he would visit Philadelphia for Alumni Weekend.”

Taylor is survived by his wife Clara and his children. We here at Double G Sports send our condolences to the Taylor family.