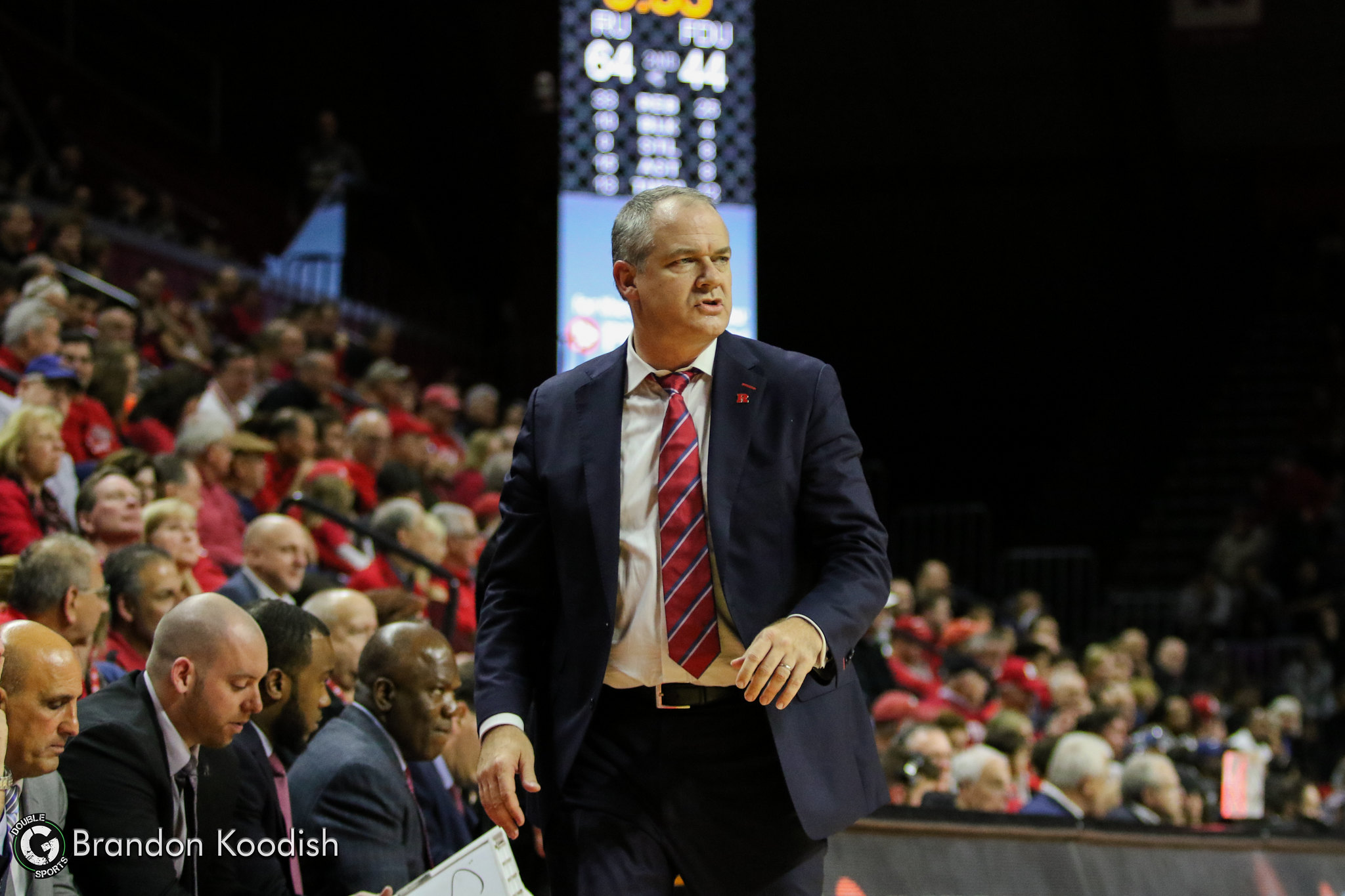 How important was Rutgers’ win over Wisconsin?

A 72-65 home win over the Wisconsin Badgers on Wednesday put Rutgers in the Big Ten win column for the first time this season. Now, a looming home sellout against in-state rival Seton Hall may cap off a defining week for head coach Steve Pikiell in his fourth season at the helm.

Pikiell has been credited with a program transformation since taking over in 2016, and is cited as athletics director Pat Hobbs’ best hiring. Under Pikiell, the program has crossed off several regular and postseason milestones in the conference. He has yet to finish with a winning record. Big Ten play has been precarious for Pikiell since taking over, sporting a 13-43 record within the conference.

This emphasizes the importance of the Knights’ second half rally against the Badgers. It was a statement win against a program that has been  top-third in the Big Ten over the past two decades. The victory pulls Rutgers to .500 in Big Ten play for the first time ever.

“I have tremendous respect for Wisconsin, coach Gard does an awesome job,” said Coach Pikiell. “They have 19 NCAA bids in the last 20 years. It was a hard-fought game, but we made some plays down the stretch and everybody that checked into the game really helped us.”

Maybe most importantly, it snaps a two-game losing streak and gives Rutgers some much-needed momentum heading into Saturday’s game against the Seton Hall Pirates. The Seton Hall matchup, which is always a big game for Rutgers, holds a place of particular importance this year for both Pikiell and Hobbs.

The game marks the team’s first sellout in a year with expectations as high as they’ve ever been. A win would make Pikiell .500 against the in-state rival, a big selling point in New Jersey’s battle for recruits going forward. It would also send a message to the fan base and campus that the team’s inconsistent play this year does not define them and their potential as they approach the new year.

The implications of Saturday’s game go beyond Pikiell’s resume. Hobbs, who got the job at Rutgers for the contributions he made to Seton Hall’s men’s basketball program, will be a kean spectator at the RAC for this one. He’ll be watching the the products of his own creation square off in a critical year for his current program and his job security. Coming from a men’s basketball background, Hobbs is credited with much of the progress Rutgers has made in the past few years.

Now, the general expectation is for this year’s team to be the program’s best since joining the Big Ten. Its biggest non-conference game of the season could go a long way in either vindicating Hobbs’ job performance, or undermining his work. Ultimately, it will give an indication of how far his best program has yet to go.

For Hobbs, Saturday might be a welcomed on-court factor in a semester that has been plagued by coaching scandals, belligerence, a dramatic coaching search, and cries for his dismissal. The Knights have proven that they are at their best at home, winning all seven of their home games. While their winless road record may haunt the team in the long run, in the short term they will look to ride the home win wave. The RAC has not been kind to visiting opponents. Rutgers has already cashed in on the first part of that homestand with the Wisconsin win, the biggest in the program. The team will look to continue the trend on Saturday.