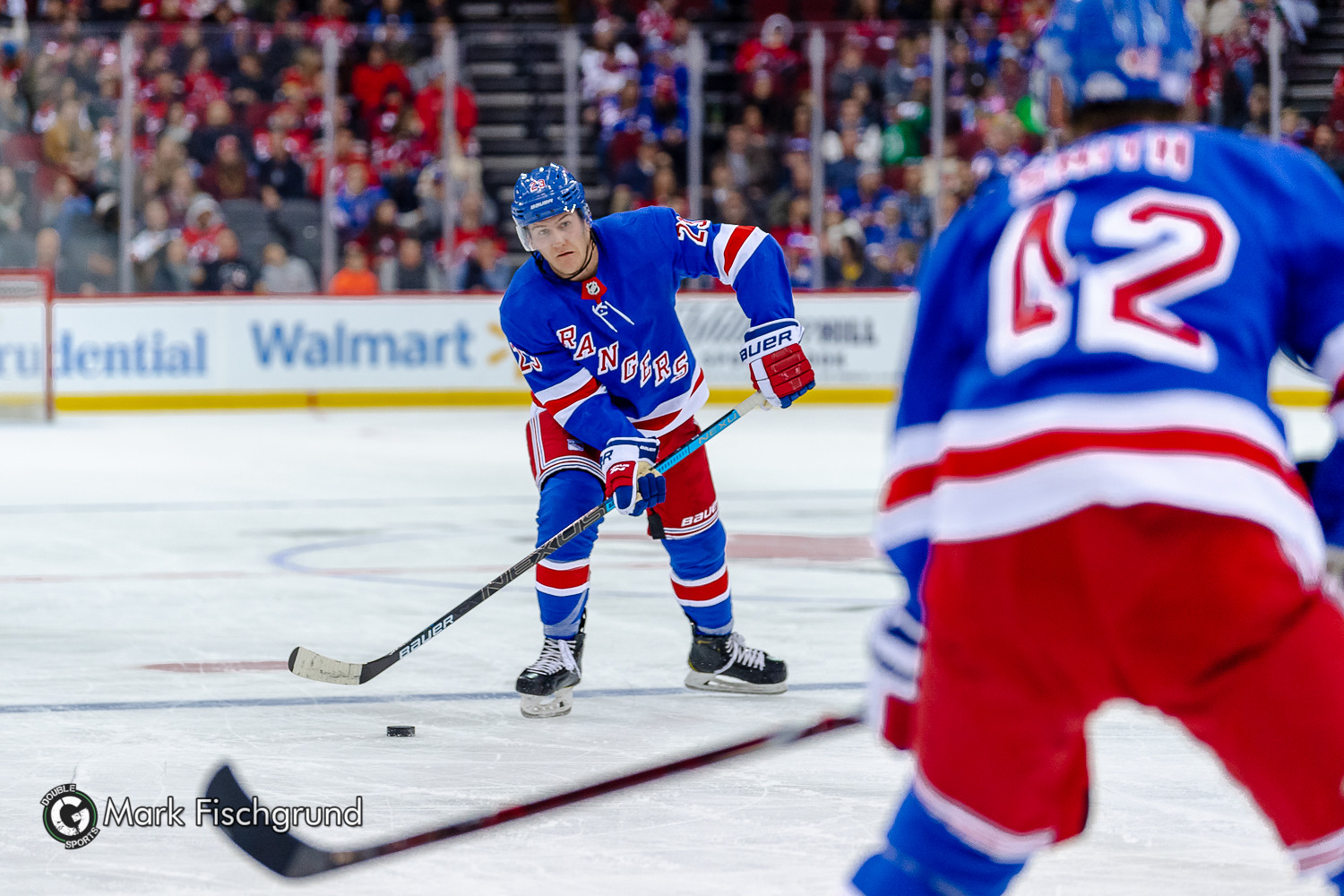 How the NHL’s Return to Play Format Affects the Rangers

Ever since the National Hockey League (NHL) paused its season on Mar. 12, hockey fans have been left to wonder if NHL hockey would come back this season. As recently as late-April it seemed possible that the NHL would be forced to cancel the 2019-20 season. That would have made it the first time that the Stanley Cup would not be awarded since the 2004-05  season.

On May 22, 2020, player representatives from 31 NHL teams voted 29-2 to “authorize further negotiations with the NHL on a 24-team return-to-play format.” Based on the new playoff format, the teams who finished in the eighth-through-12 seeds in both the Eastern and Western Conference will be given a chance to make the playoffs by playing a best-of-five play-in series. The Tampa Bay Lightning and Carolina Hurricanes’ player representatives were the only two who voted against the new format.

The NHLPA Executive Board has authorized further negotiations with the NHL on a 24-team return to play format, subject to reaching an overall agreement with the League on resuming the 2019-20 season: https://t.co/SIzQYyooEE pic.twitter.com/9TftmApiGJ

It has been reported that all NHL playoff games will be played without fans. The NHL will discuss ten centralized locations who could possibly host games during the playoffs and in the play-in round. In the meantime, the top four teams in each conference will play three games against each other in a round-robin. The teams with the best records will earn higher seeds for the round of 16. The teams who finished in the five-through-12 seeds will be divided into four “Play-in round” series. Now, the main question Rangers fans are worried about is, which team are the Rangers going to square-up with in the play-in round?

Play-In Round Preview: Hurricanes vs Rangers

The New York Rangers (11) will face the Carolina Hurricanes (7) in the play-in round. Fans of the Boys on Broadway feel like their team has a great shot at making the next round. The Rangers went 4-0 against the Canes during the regular season and have historically dominated their Metro Division Rivals.  Here is how the Rangers and Canes might stack up in a best-of-five series.

Since the 2005-06 NHL season, the Blueshirts have owned the ‘Canes with a 42-17-1 record in their favor. In the last 15 NHL seasons, and basically his entire career, Henrik Lundqvist has posted a 33-12-1 with a. 934 SV % against the Carolina Hurricanes. Due to the 38-year-old Swede’s record against the Canes, it will be interesting to see if Rangers head coach David Quinn would start Lundqvist over his precocious rookie goaltender Igor Shesterkin in the play-in series.

The Canes and Rangers squared-up four times during the 2019-20 NHL season and the Blueshirts won all four. It’s worth mentioning that Carolina outshot the Rangers in three of these four meetings. The most memorable game played between these two Eastern Conference rivals was on Nov. 7, 2019, when Lundqvist made a season-high 45 saves and allowed just two goals en route to a 4-2 Rangers’ victory.

Four different Rangers scored in the game, including Artemi Panarin and Adam Fox. For the Canes, Dougie Hamilton and Sebastian Aho scored. The Canes started out strong, but were in the end defeated by a strong performance from Lundqvist and an all-around offensive effort.

On Feb. 24, 2020, on the day of the NHL trade deadline the Rangers traded 2012 first-round draft pick Brady Skjei to the Hurricanes in exchange for a first-round pick at the 2020 NHL Draft. Skjei had played four seasons in New York, and was deemed expendable after the additions of Calder trophy candidate Adam Fox and veteran defenseman Jacob Trouba this year. It is an interesting storyline for the play-in series. Will the former Ranger, Skjei, make his former team pay?

In January alone, the Canes lost their two top goaltenders, Petr Mrazek and James Reimer as well as defenseman Dougie Hamilton to a season-ending leg fracture. Those three have since returned to the line-up, however reliable blueliner Brett Pesce underwent season-ending shoulder surgery and is out for the playoffs. Now the Canes really have no shot against the Rangers, right? Think again.

Carolina has one of the most talented offensive defenses that the NHL has ever seen. The Canes employ two of the best two-way defenseman in all of hockey: Jaccob Slavin and Dougie Hamilton, who are both big and physical as well as being great skaters. When the season was paused, Hamilton and Slavin each had a plus-30 rating– the third-highest in the NHL this season, behind the Rangers’ Artemi Panarin (plus-36) and Colorado Avalanche defenseman Ryan Graves (plus-40).

One of the Hurricanes’ top defenseman is Dougie Hamilton. The Toronto-native stands six-foot, six-inches tall and is very mobile for a player of his size. Hamilton scored 40 points in just 47 games this year and his plus-30 rating was tied for third in the NHL this season. Hamilton fractured his left-fibula on Jan. 16. against the Columbus Blue Jackets. Recently it has been reported that Hamilton will return to play for Carolina in the 2020 Stanley Cup Playoffs.

The Blueshirts definitely have the edge when it comes to offense, because they have a better top-six forward group. Among all 31 NHL teams, the Rangers finished fifth in both total goals (233) and goals-per-game (3.33). Mika Zibanejad (41), Artemi Panarin (33), and Chris Kreider (28) led the way for the Rangers offensively.

The Canes have a very talented first-line with Sebastian Aho centering left-wing Andrei Svechnikov and right-wing Teuvo Teravainen. However, none of these forwards have more than one year of playoff experience under their belts. One Canes player head coach David Quinn should look out for is Aho. The 23-year-old from Finland has scored three goals against the Blueshirts in four games this season.

Defenseman Jaccob Slavin has the most points with four assists. Looking at the Canes’ secondary scoring, centers Vincent Trocheck and rookie Martin Necas are solid two-way centers that the Rangers should defend smartly against. However, Trocheck went pointless against the Rangers in two games this season. Carolina’s collection of talent up front and on the back-end seems talented on paper but they still have a major hurdle to overcome and that is their play-in round opponent.

During the 2019-20 NHL season, the Hurricanes’ power play was eighth-best (22.3%) and right behind the Rangers 23.9 % power play rating. It would not be wise for either team to test the other team’s ability to score on the man-advantage. The Canes did have the fourth-best penalty-kill in the NHL this season, while the Blueshirts’ 23rd-ranked penalty-kill does not bode well for New York. Especially if the Canes power play catches fire against the Rangers struggling penalty-kill squad.

Let’s look at how Carolina’s netminders have fared against New York this season. Reimer played one game against the Rangers, where he surrendered five goals. Mrazek, who was Carolina’s more consistent goaltender, played the Blueshirts three times and lost all three games.

It is important to note that while the Rangers were 4-0 against the Canes this year, these two Metropolitan Division rivals have never met in a playoff series since Carolina’s first year in the 1997-98 NHL season. The Hurricanes may have a very strong defense backed by Slavin, Hamilton, and Skjei. Nevertheless, the Rangers will have two key advantages over Carolina that will be hard to overcome.