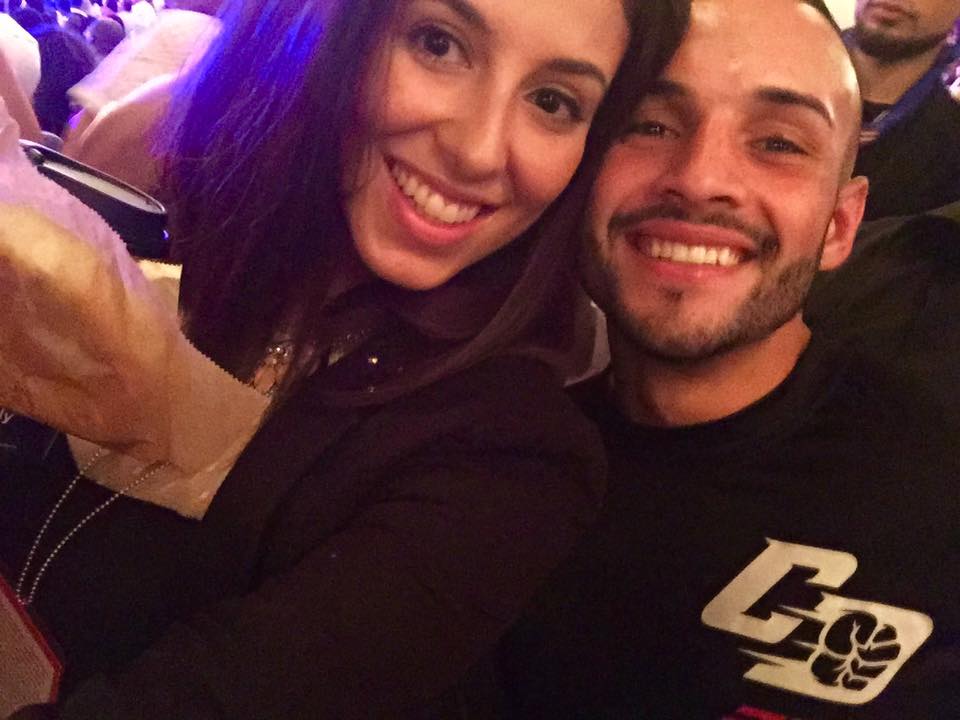 How to Take a #Selfie with a Professional Boxer 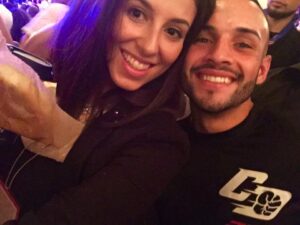 I’ll start this article describing my exterior appearance so readers could understand why this is so comical.

I guess you could say I am your typical 20-something-year old. Long dark hair, tall, and thin. If you saw me walking on the street you would assume I wouldn’t hurt a fly—which is half true. What you probably wouldn’t know is I am a former athlete, I’m incredibly assertive and I box for fun (don’t worry I’m not the next Ronda.)

I have covered hundreds of events since I was in college, but there is something special about covering boxing at “The Mecca,” of boxing—Madison Square Garden.

So naturally, I got extra dressed up—black dress, blazer, you get the picture.

I honestly had no idea what to expect from the Junior World Championship of Boxing, I’ve heard countless stories about my uncle fighting here back in the day and I’ve heard stories from my dad about going to fights, but I never actually went to one.

The Theater at Madison Square Garden is just as spectacular as I envisioned. The ring right in the middle, the lights, the fan spirit, it’s exactly what you look for when you’re covering a sporting event. People who are passionate about their country and their athletes, there’s nothing better.   And a Puerto Rican fighter just won on the eve of the Puerto Rican Day parade. It’s great.

Just like any other event I cover, I sit with the press, take some pictures and begin drafting my articles, (a full report on the fights will be coming.)

So now it’s intermission A.K.A snack time, or if you’re a total caffeine head like me, its coffee time. As I was walking back to my set I saw a huge heard of people.   Literally a heard—initially I thought that a fight between the fans had broke out.   However, it was the complete opposite. Christopher Diaz, the boxer who had just won his fight was walking up the aisles and a few fans noticed him.

And with one fan comes dozens along with their cell phones and selfie sticks.

The walkway is basically at a stand still at this point so I have two options stand around and wait patiently for it to clear up or use that assertiveness that I mentioned and push my way right through.   I chose option two. So I thought to myself, if I’m going to be pushing my way through the crowd I might as well get a selfie with a professional boxer while I’m at it, I mean when else are you going to get a picture with a boxer right after his fight.

However, there is just one problem—and it’s a big one. I just got my beloved coffee. I could ditch the pretzel, I mean who needs the carbs anyway, but the glorious Madison Square Garden black coffee that will keep me going until I have to venture back to Jersey, I cannot let that go.

So with my coffee in hand I begin to push, I mean what are these guys going to do hit a girl? I don’t think so and although my trainer might not believe me, I would hit right back. And I throw a pretty good right hook if you ask me, but only ask me not my trainer. I gave my phone to my friend who I met at The Garden in hopes of getting the typical full body pic, (I lost six pounds this month due to boxing let me live,) but this clearly this elaborate semi-professional picture was not happening.

So here I am—dress, coffee, pretzel and cell phone in a heard of crazed fans just trying to get my selfie. And let me tell you, these guys are not letting up every time I try to politely ask Chris Diaz for a pic, someone grabs him—literally they grab him. At this point, I kinda feel for him because the fans are treating him like a shiny new toy not a person. I know it’s cool, but boxers are people to you know.

Maybe 30 seconds go by and I’m in the background of three of the selfies that these grown men are taking and Diaz is starting to walk away. Another fan tries to get a pic and that’s it I had it. Coffee and all I scream “Ayo let me get a pic,” grab him and what do you know selfie taken. Coffee still in cup, pretzel still in tact and the best part—I look great.

So there you have it, not only did I get to watch an amazing fight—I got the #Selfie.