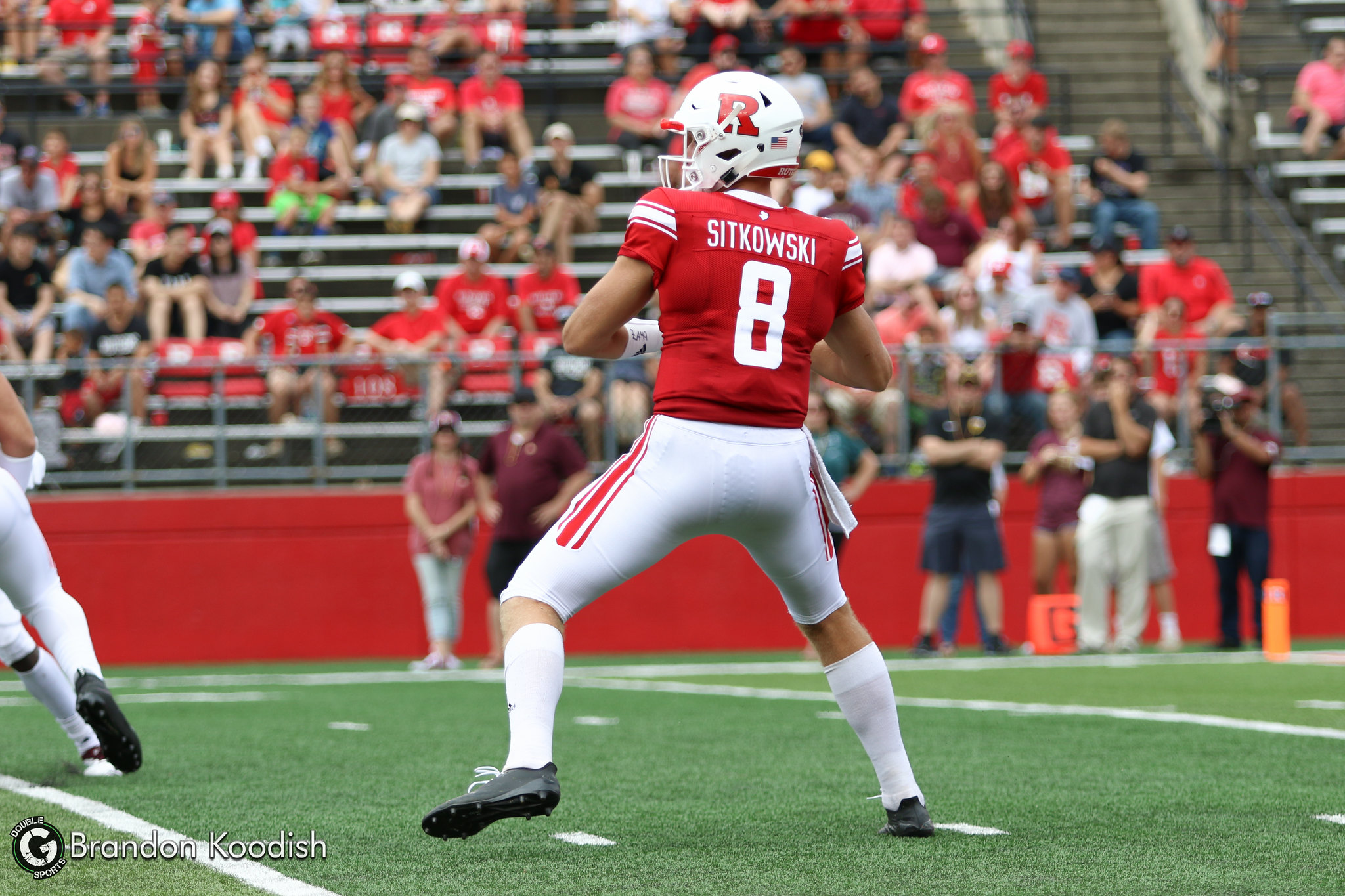 Can they cover? It’s been said that, “Good teams win, but great teams cover!” I read that, actually, on the back of a t-shirt while hanging out at the Westgate Hotel amongst various Supercontest contenders. It’s a saying that stuck, and for the most part, out here in Vegas, it’s what matters.

So, for those who care about the betting angle, Rutgers is relevant. Very relevant! In fact, so much so that this past week, when they faced Michigan, there was talk around town, that it would be wise to look at the game in a way that gave Rutgers more respect than in the most recent previous years. Of course, that might be due to the fact that Michigan is struggling.

Speaking of Michigan, will Jim be the next one to go?

While Rutgers searches to fill its head coaching position after Chris Ash was let go on Sunday, the oddsmakers have put them as a 14.5 home underdog for Saturday’s matchup with Maryland. The over/under for the game is 55.5., which might be a tad high. Unless, of course, Rutgers manages to put some points on the board.

Last year, the score between these two teams was 41, with Maryland racking up 34 of those points in the first three quarters. Rutgers scored its lone touchdown in the last quarter. The year prior, it was Rutgers who managed to come out on top, scoring 31 of the total 55 points scored. That year, Rutgers managed to. put. up 17 before the half, and scored double digits in the last quarter.

So what can we expect this year? Well, if you look at some of the polls done by ESPN, Maryland has over 82% of the votes. The matchup predictor gives Rutgers a 17.8% chance at victory.

Remember though, it takes a great team to win and cover, and the question one might need to ask, is “Is Maryland a great team?”

With all that’s going on at Rutgers, there is probably little chance that they can win this game, but there’s always a chance. So if you’re looking to bet, keep in mind that it’s gambling, and that being said, it’s never a sure thing.

The best bet might be to take Maryland on the money line and stay clear of the points. Then again, it might be better to stay away from this one. Rutgers might be looking to make a statement, that they are relevant, and not just in Vegas.