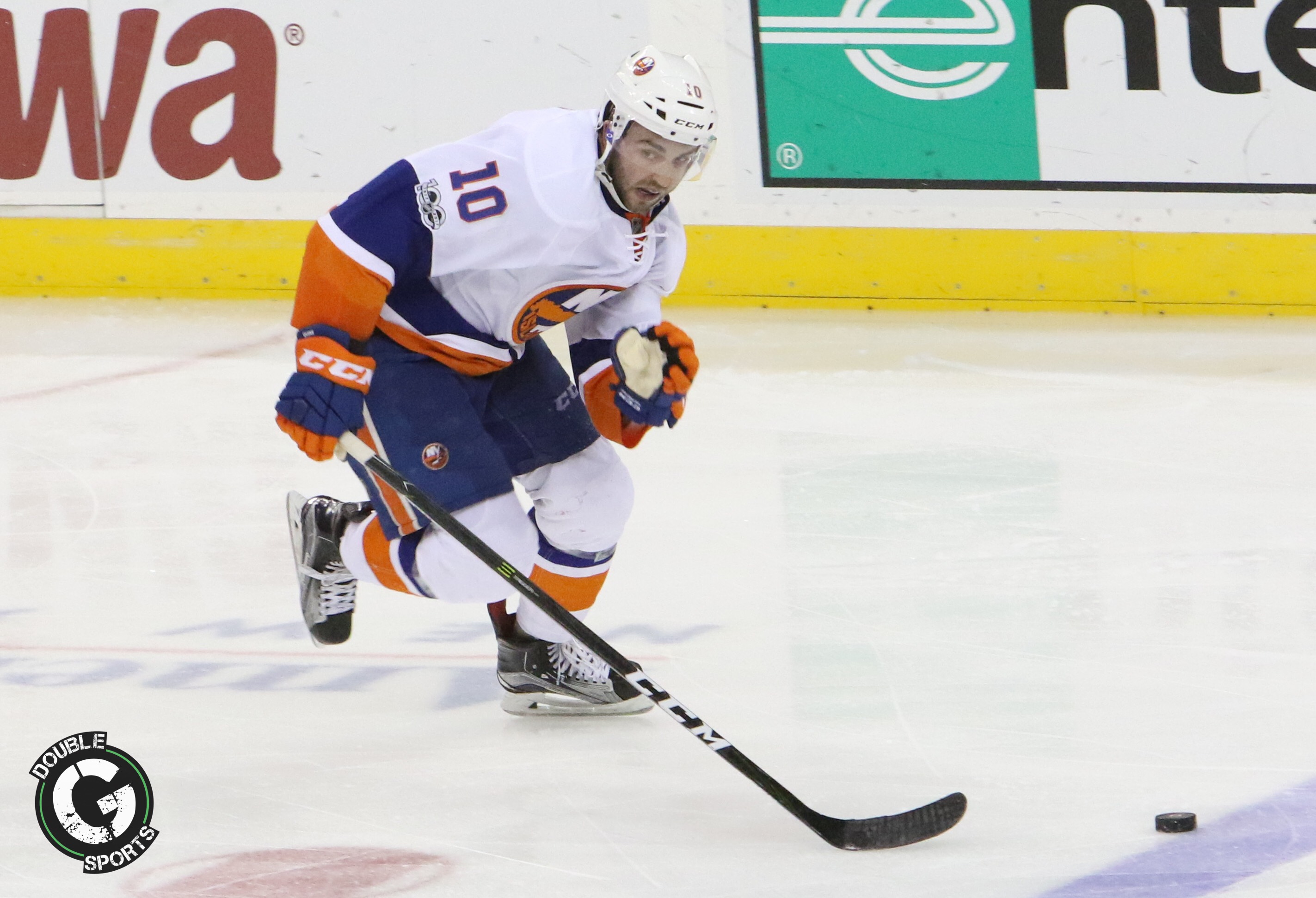 Well Islander fans, the Islanders who we thought they were.  They are a young, talented team with lots of flaws on both ends of the ice and maddeningly inconsistent effort from game to game.  One game they look like they’ll win the Stanley Cup, and they next they look like a lottery team.

This week was no different as they beat the best team in the Western Conference on the road where they’re near unbeatable, then lose to a bad Florida Panthers team.  On top of that, they put up an absolute dud against the Toronto Maple Leafs.  Doug Weight needs to figure it out, the defense needs to figure it out, and Garth Snow needs to FIGURE IT OUT.  If John Tavares is going to re-sign with the Islanders he must be shown something other than giving up five goals a game.

It was a beautiful game to stay up late for and to be quite honest I didn’t really want to stay up for it knowing just how bad the Islanders can be.  I was completely wrong as the Islanders played the best game of the season against the feisty and uber-talented Vegas Golden Knights in a raucous Vegas atmosphere.

Calder candidate Ross Johnston does what most Islanders refuse to do;  Throw the puck at the net.  He scored his first goal of the season after throwing the puck in the slot and having Cody Eakin deflect the puck into his own net.  It’s a long time coming for Johnston, who could become the new Matt Martin on the Islanders’ new fourth line.

The Islanders tightened up their gaps in the second period and gave nothing up for the majority of the game.  The passes were crisp, they got the puck out of their zone, and played a simplified game.  The Islanders need to do more of this as they have a tendency to get too cute with the puck on their sticks.

Jordan Eberle sniped a shot over Marc-Andre Fleury’s shoulder after a beautiful feed by Mat Barzal.  I think you’ve heard that combination before.  The Islanders could not keep the shutout for Jaroslav Halak, who was excellent again, and gave up a PP goal to Erik Haula late in the third.  The Islanders battled to keep the puck out of the net after a huge Vegas rush, and they came away with a win.

The Islanders were back to their old tricks by playing down to their competition.  Florida is on their third goaltender, Harri Sateri, and he looked like Martin Brodeur against the Islanders.  Mike Matheson scored in the first and the Islanders never had a shot.

Evgenii Dadonov scored halfway through the second to make it 2-0.  The Islanders had plenty of opportunities to tie it up but could not get anything going.  Florida’s gaps were good but the Islanders didn’t help themselves by constantly turning the puck over in their own zone and refusing to play dump and chase.

Keith Yandle scored off a deflection in the third from the point and Jaro Halak DID NOT look happy.  Adam Pelech tried to get the Islanders back in the game with a goal of his own but it was too little too late.  Vinny Trochek fed Jonathan Huberdeau to put the game away late, and the Islanders lost another bad one.

This one was over from the start as the Islanders looked like they were skating in molasses.  It’s a little unfair that they’re playing back to back nights, but what kind of decision is Doug Weight making by putting Dennis Seidenberg in for Sebastian Aho after the kid has had such a good rookie season?  Kasper Kapenin took advantage of a poor Islanders backcheck in their own zone to stuff home a goal early.  Auston Matthews added another halfway through the period to put this one away early.

Mitch Marner made it 3-0 halfway through the second to embarrass Thomas Greiss once again.  Travis Dermott scored his first of the season to make this another Dougie Blowout, and from there it was all downhill.  The Islanders have some serious reflecting to do because they’re falling deeper and deeper out of a playoff spot.  They need to learn how to play without the puck and not try to force things.  Even the Captain himself is guilty of that.

Justin Holl, just called up for his first NHL game, finished the scoring off in the third to make it a 5-0 game.  Overall, Thomas Greiss faced 50 shots in consecutive starts and the Islanders looked absolutely lifeless.  They’ve been outscored 9-1 in their past two games.

Islander fans are happy that the Isles are returning to the Coliseum.  It was a long time coming, as the Islanders and Governor Andrew Cuomo announced they would play 12 games at the Coliseum next season and split the next two seasons between Barclays Center and the Coliseum.

Realistically like Gary Bettman stated, the Coliseum is going to go through additional renovations to make sure it’s an NHL ready arena.  The concourse is still small, there are almost 3,000 less seats, and there are still few amenities that make the Coliseum an enjoyable experience.  Of course it’s still the Barn, so it will be filled every single night.

Doug Weight and his coaching staff have been abysmal as of late with their lineup decisions.  There is absolutely no way that Dennis Seidenberg should be getting playing time over Sebastian Aho, and having Alan Quine, Brock Nelson, and Jason Chimera getting consistent time over a grinder like Ross Johnston is despicable.  On top of that, GM Garth Snow has done nothing to address any of the Islanders problems.  There may not be much available but he needs to do SOMETHING to get this team going.

If you really want to keep following this team, check me out @SupRos22 and @DoubleGSports on Twitter.