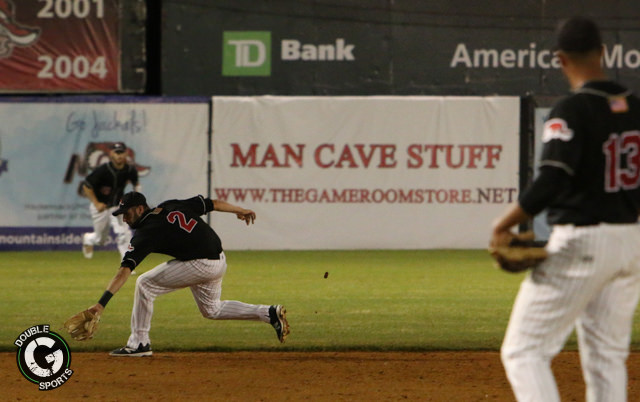 The New Jersey Jackals wrapped up a stellar regular season in the CanAm League back on September 5. They clinched a playoff spot way back on August 23 when they split a doubleheader in Sussex County. The Jackals would go on to win 12 of their final 18 games of the season in a tight race to the finish in first place. It would come down to the final days of the season but ultimately the Jackals would prevail and clinch the regular season league title on September 4 over the Rockland Boulders.

The Jackals had one off day before beginning their playoff series with fourth seeded Ottawa. Wednesday, September 7 marked the opening of Can-Am post-season play.

The Jackals got off to a promising start with a very convincing 11-2 win on the road. Game 2 was a hard fought battle in which the home town Champions would come out on top 4-3, knotting the series at one a piece. The series would head back to Yogi Berra Stadium in front of a faithful fan base eager to witness a deep playoff push. Unfortunately the Jackals would drop the first home matchup 8-3 on Saturday the 9th. This would put the Jackals on the brink of elimination. The Champions capitalized, not letting the potent Jackals offense to get things going. The Champions pitching held the Jackals to only 2 runs and their offense got the job done. The Jackals season would ultimately come to a close after this 7-2 loss.

It was a heartbreaking way to end the season after the Jackals finished the regular season with a promising 62-38 record. Many Jackals players would go on to take home some league hardware and have their names written in various record books but it will be difficult to look back on this season without a sour taste in their mouths.

The Ottawa Champions fresh off their upset of the Jackals will take on the Rockland Boulders who finished the season in second place, in the league championship series.