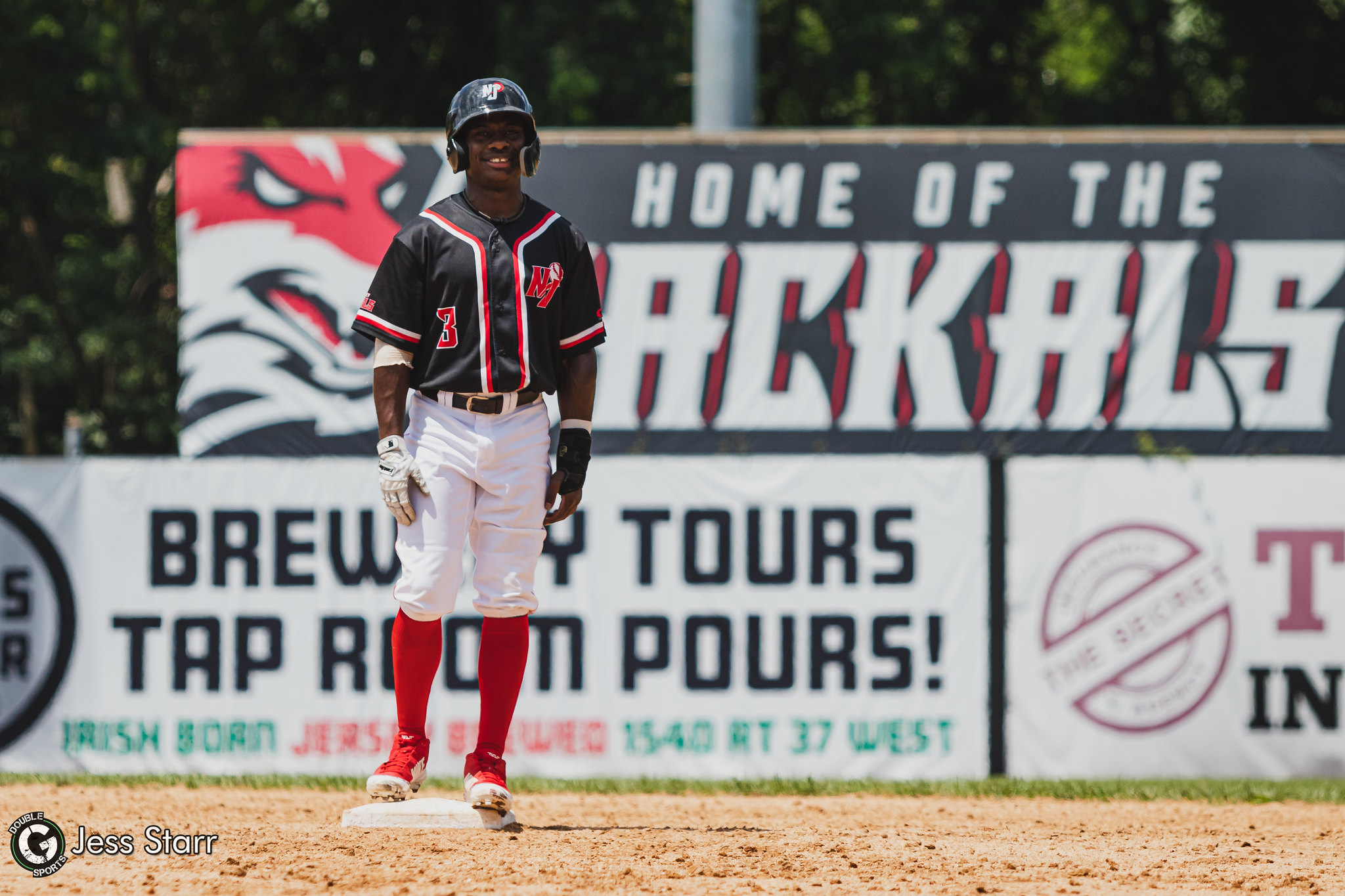 The 2019 Can-Am League Finals started with the New Jersey Jackals defeating the Sussex County Miners in a thrilling Game 1.

Ladies, gentlemen, and independent baseball fans. The 2019 Canadian American Association of Professional Baseball season has finally reached its peak. That, of course, would be the 2019 Can-Am League Finals. The three-seed New Jersey Jackals, who finished the regular season with a record of 48-46 and defeated the two-seed Trois-Rivières Aigles in five games in the semifinal, face the defending champion and one seed Sussex County. The Miners finished the regular season 61-33 and defeated the four seed Rockland Boulders three games to one in the semifinal. Game 1 took place on Sept. 10 at the Jackals home, Yogi Berra Stadium.

“Our mentality is ‘We’re about to come and get this.’,” said Jackals leadoff hitter and right fielder Demetrius Moore. “That was our mentality. After the last series in Trois-Rivières, we knew that we had the team, the pitching staff, the hitters, the defense, to do what we can do. We just believe. We never not think we can get it; we always believe we can get it.”

New Jersey had the first scoring opportunity of the game in the bottom of the first inning. Demetrius Moore led off the inning with an infield hit that stayed just fair for a leadoff single. Conrad Gregor followed by hitting a ball that dropped into the outfield for a single, giving the Jackals runners on the corners. Unfortunately for New Jersey, Alfredo Marte proceeded to ground into a double play to end the threat and the inning. In the bottom of the second, David Harris and Nelson Ward hit back to back singles to give New Jersey runners on first and second with one out. However, back to back putouts ended the inning for the Jackals.

The Sussex County Miners also had their struggles capitalizing on scoring opportunities early on as well. In the top of the third, Gavin Stupienski doubled to give the Miners runners on second and third with one out. Two batters later, Jose Brizuela took first on a hit by pitch to load the bases with two outs. Mikey Reynolds flew out to end the possible big inning.

This theme of low-scoring baseball would be present thanks to a pitchers duel between Jackals ace Brendan Butler and Miners ace Frank Duncan. Butler pitched 7 1/3 innings allowing two runs (one earned) while striking out nine. It was Butler’s eighth start in his last nine of allowing two earned runs or less, as well as his sixth of his previous eight allowing no more than one. Duncan was impressive as well, pitching 7 1/3 innings of his own with six strikeouts.

After four and a half scoreless innings, New Jersey would finally break through and score first. Nelson Ward led off the bottom of the fifth with a single, then took second on a wild pitch. Isaac Wenrich then hit a line drive down the right-field line for a double. Ward scored as the Jackals took a 1-0 lead in Game 1.

However, Sussex County would not go quietly into the sunset. In the top of the seventh inning, Audy Ciriaco hit one to deep left field off the scoreboard for a leadoff solo home run to tie the game. In the top of the eighth, Jose Brizuela singled allowing Cito Culver to score on a very close play at home plate, giving Sussex County the 2-1 lead. Both Culver and Jackals reliever Dylan Brammer was shaken up on the play, with the former having to exit. Reece Karalus then came in to pitch the rest of the game.

Like we’ve seen many times this season, New Jersey has shown the ability to produce comeback victories. Tonight was no exception. It began in the bottom of the eighth inning. Santiago Chirino singled and Conrad Gregor walked to bring Alfredo Marte to the plate with one out. Marte came up big hitting an opposite-field grounder that found a hole for single. Chirino scored and the Jackals tied the game up at 2-2. This would end up sending the game into extra innings. Karalus pitched a scoreless top of the ninth and tenth, sending the game to the bottom of the tenth inning.

Both Moore and Chirino drew back to back walks to give New Jersey runners on first and second with no outs. Gregor and Marte both proceeded to strike out to bring Richard Stock to the plate. Sussex County then intentionally walked Stock to load the bases for David Harris. On the third pitch of the at-bat, Miners pitcher Ryan Newell had one get away and go the backstop. Moorer scored on the wild pitch, giving New Jersey the 3-2 walk-off victory in game 1.

“Honestly, first thing that went to my mind was ‘We won!’,” Moore said, describing his reaction when he saw the ball hit the backstop. “I mean the first thing I could do was throw my hands up and I was just so happy, so ecstatic. Right before that second strike, they said, ‘Hey, look for a dirt-ball.’ We got the dirt-ball and we ended up winning.”

With their victory in game 1, the New Jersey Jackals go up 1-0 in the best of five championship series. The Jackals host Game 2 of the Can-Am Finals at Yogi Berra Stadium before the series goes to Sussex County.