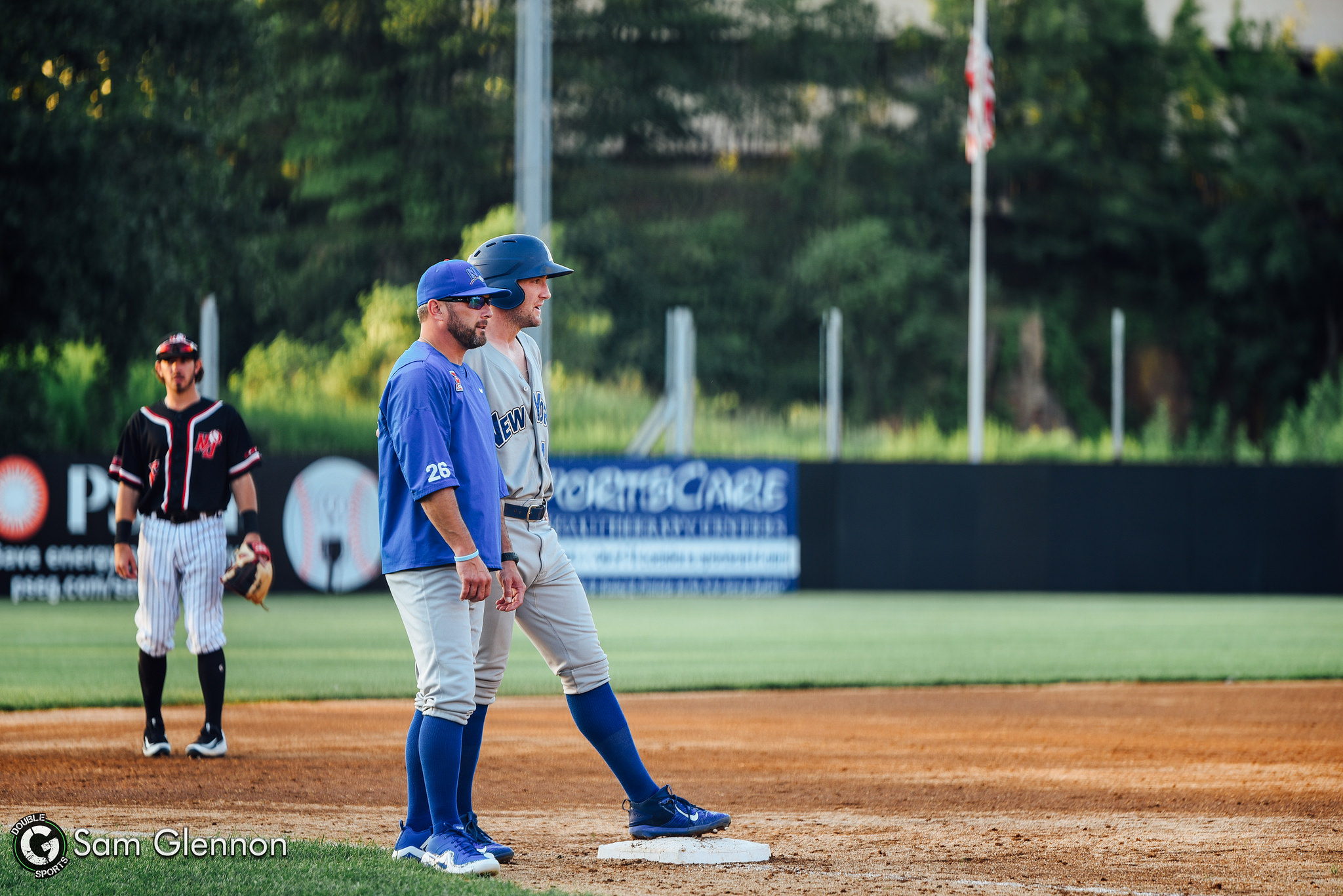 Jamie Keefe spent six seasons as the manager of the Rockland Boulders in the Can-Am League, compiling a 344-260 record. He was a three-time manager of the year and earned his 700th career win as a manger on June 22, 2017 against Ottawa. Keefe led Rockland to their first Can-Am League Championship in 2014, back-to-back Can-Am League regular season titles and five straight postseason appearances.

After all that success in the Can-Am League, Keefe felt the opportunity to become the first manager of the expansion team High Point Rockers in the Atlantic League was too good to pass up.

The fact that former Boulders Team President Ken Lehner holds the same title with High Point made the transition much smoother. As well, former Rockland Director of Public Relations and Communications Christian Heimall is the Assistant General Manager.

“I graduated as low as you can in the Can-Am League in Pittsfield to go as high as you can working in Rockland and joy to take over there and never had a winning season,” said Keefe. “To go 49-51 in my first season and turn the corner in my second year and win a title. Five straight years in the playoffs is something special and wishing them nothing but success.”

“The most important person I want to thank is Shawn Reilly who gave me the opportunity and wanted me as a candidate,” continued Keefe. “Bringing me in 2013 to step through those doors and another shot in 2014. We have a great relationship and always will and biggest supporter in this move and happy for me and my family.”

“My thanks go out to the Rockland ownership group. Shawn Reilly, John Flaherty and Ken Lehner for giving me an opportunity back in 2013 and happy to be part of that organization and will always bleed Boulder Blue. My family and I are going to miss Rockland and hold it dear to our hearts. A long drawn out process but my boys had a huge factor in the decision and understand the game of baseball. Robyn and I sat down and wrote all the pros and cons and only con it’s further away from home but it was Brooks at 12 years old said you are where you need to be.”

“There were 22 guys plus coaching staff that made the number 27 or 28 and put on the uniform every single night for 6 years. I made sure those guys represented Rockland and didn’t matter what the record was but we had a bunch of professionals represent the community in the right way and leave their mark that was important.”

Talking about team trainer Lori Rahaim and Boulders fans, Keefe added, “She has done an incredible job in the time she has been there and big part of what we did. Behind those doors on a daily basis and put up with a lot of BS that me and the players gave her.”

“The people you see every single day, season ticket holders and sponsors on a weekly basis you run into. You see them supporting you every night whether it’s 40 or 105 degrees they are there and big part of it. If I could I paint a picture of it all together it would be in Game 6 at New Jersey in 2014 and that vision of getting ready to go into the bottom of the ninth and seeing smiles on people’s faces and know what we were going to din a few minutes.”

Having just arrived in High Point, North Carolina a couple of weeks ago, Keefe has his work cut out for the next several months leading up to Opening Day on April 26, 2019 against the Lancaster Barnstormers.

Joining Keefe on the staff is new pitching coach Frank Viola. Viola pitched 15 years in the MLB, helping the Minnesota Twins win a World Series while named MVP, won the AL Cy Young Award in 1988 and a three time All-Star. The past eight years Viola spent in the New York Mets organization.

“I’m excited and humbled to take the post, put my fingerprints on the first manager of this ball club and new stadium and town that has not had a ball club before and special with Ken (Lehner) at the helm and being the captain of the ship,” Keefe said.

“He is good at opening up these places, coming in for two or three years and getting up this thing and running and excited about it. When you have the best involved it’s great and lucky enough he came at me as hard as he did and come to an agreement and pick me for the first manager.”

“Every year you are trying to get better and to the next level. This is the premier independent league in the world and three, four or five guys will end up in the big leagues next season. We are all striving to get to the highest level and challenge yourself and this is my big league job right now. Going take my bumps and bruises but throw a bunch of lefts and rights as well.”

“Look at Frank’s body of work the past eight years in the Mets organization and bringing (Steven) Matz, (Noah) Syndergaard and (Jacob) DeGrom along and done pretty well. He has had success at the big league level and thought he would get a shot at the pitching coach but didn’t and able to come to a spot where winning counts. Going to take a little time but having a partner on a day to day basis and putting this roster together and making most out of the bullpen.”

Having called Provident Bank Park/Palisades Credit Union Park home for six years that seats a capacity of 4,506, Keefe is in awe of BB&T POINT and what it means to the town and community.

“To come down here and put my flavor in this stadium I can’t explain it and different feeling and first coaching staff going into this place. There are no words to explain the excitement in this community and people are excited and gravitating towards the ball park and it brings to the city. A big mud pit right now but coming together with the going up of outside walls, foundation and inside of the ball park being built and last thing is the field. People noticed me in the newspaper and know who you are and coming over to say hello and it’s Southern hospitality down here.”

A Change of Scenery on Horizon for Sonny Gray
Yanks Miss Out on Top Target Corbin
Posting....