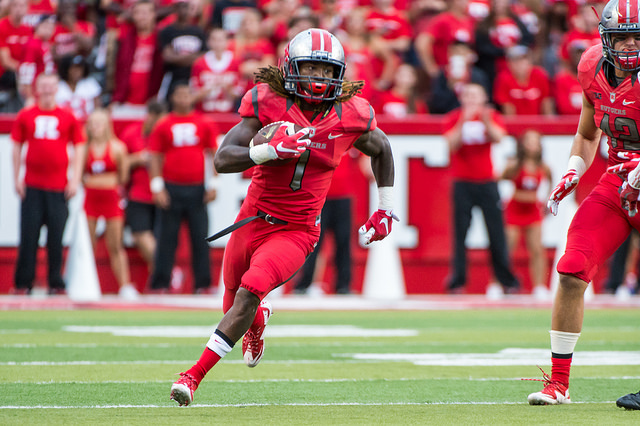 Confetti, fireworks, and a canon blast filled the stadium after Janarion Grant gave Rutgers its first lead of the day over Washington State. The junior speedster returned a kickoff 100 yards down the sideline for a touchdown.

Then, with his team down 30-27 late in the fourth quarter, the Trilby, Fla. native returned a punt 55 yards to the house for his second special teams touchdown of the day.

The next Devin Hester anyone?

“Yea I was surprised (that Washington State kept kicking toward him), but that was up to them though,” Grant said to the media after the game. “I just had to do what I had to do best.”

“It feels great that I achieved something,” Grant said. “That’s what I’ve been wanting to do since I came here. Everybody’s been talking about it, but it finally happened.”

The electrifying wide receiver/returner wasn’t all smiles though as his Scarlet Knights still lost 37-34 after giving up a crushing touchdown with 13 seconds remaining.

“It’s real heartbreaking. You put your all into it, trying to your best for your teammates and putting your body out on the line and at the end we just didn’t come up with the W, but congrats to that team.” 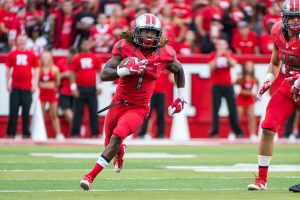 The owner of five career punt and kickoff return touchdowns, Grant received praise from his fellow wide receiver mate in senior Leonte Carroo on how he helps the offense.

“(He) helps our offense tremendously,” Carroo said. “What he did tonight as a receiver [and] specialist is just tremendous. He has the ability to take over games. The more and more confidence we gain, our running backs, our receivers, the better our offense can be.”