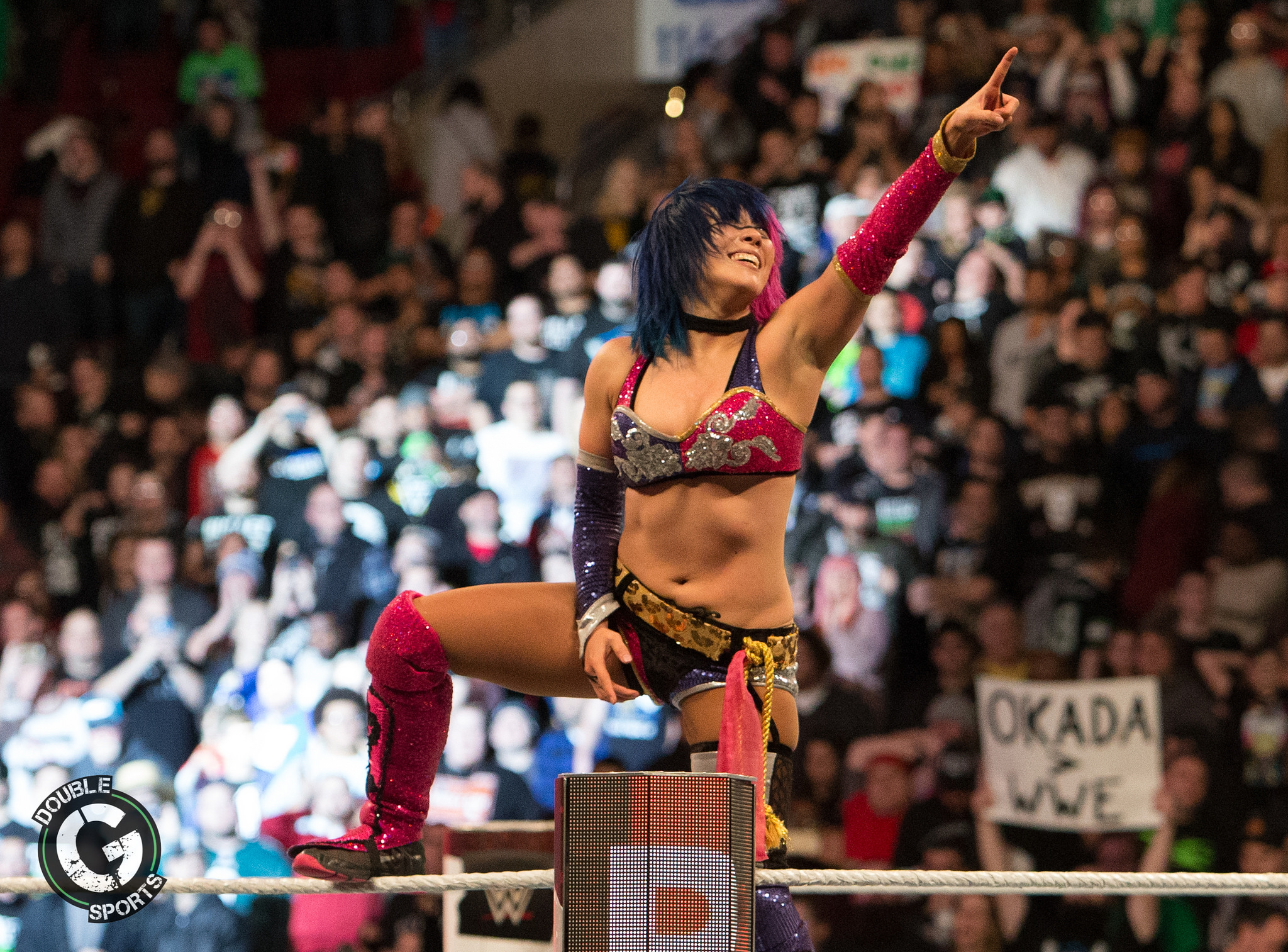 For one night, everything a fan could want at a WWE event took place, as Asuka and Shinsuke Nakamura win the men’s and women’s Royal Rumble match

After last night’s Royal Rumble PPV, the road to WrestleMania 34 has officially kicked into high gear! The event took place at the Wells Fargo Center in Philadelphia, and what a show it was. History was made as there were two Royal Rumble matches, one for the men and one for the women. For the latter, it was a long time coming, and everyone involved took advantage of the situation they were in. In the end, two stars walked out of the ring victorious, while creating a path that will lead them to championship matches at The Grandest Stage of them All in New Orleans. Emotions ran high, fun was had by all and January 28, 2018 will go down in the history books.

Let’s break down the Royal Rumble matches, shall we?

The men’s Royal Rumble match, normally the main event, went first (second on the match card). While surprising, it made sense considering the history WWE was trying to capitalize on with the women’s match. Rusev and Finn Balor started off the match, and the crowd was already molten hot. Two of the most over but under-appreciated wrestlers WWE has got their moment to shine. While Finn did not end up the winner, he was a true iron man in the match, lasting 57 minutes and 38 seconds. It was a star-making performance by the leader of the Balor Club.

As expected, there were a few surprises in the match. First, after having a Match of the Year candidate bout against Johnny Gargano at NXT TakeOver: Philadelphia, Andrade “Cien” Almas entered the Rumble. The NXT Champion impressed in the 30 minutes he was in the match. Sami Zayn took Tye Dillinger’s spot at number ten after attacking him backstage, but was eliminated quickly. The Hurricane made his return after several years away, and just in time to save the cruiserweight division. While he was eliminated quickly, his return opens the door for endless possibilities. After having a star-making performance against Aleister Black at NXT TakeOver, Adam Cole (Bay Bay) made his WWE debut when he entered the Rumble. As a member of the Undisputed Era, his mantra of “Shock the System” doesn’t just mean NXT, but anywhere in WWE.

Finally, Rey Mysterio made his return and actively competed in the company for the first time since 2014. He looked in amazing shape, better than his entire WWE run. While he made it sound like that was a one night only appearance, nothing is impossible in the world of pro wrestling.

Towards the end of the match, the final six were John Cena, Mysterio and Randy Orton on one side of the ring, with Balor, Shinsuke Nakamura and Roman Reigns on the other. It was almost like a scene in a movie, with the old guard facing the new sheriffs in town. In the end, it was down to Reigns and Nakamura, and Philadelphia was losing their minds at this point. A few years ago, Reigns won the Rumble in Philly, and it was controversial to say the least. Knowing there are rumors that Reigns will face Brock Lesnar again for the Universal Title did not help his chances in gaining crowd support. This time, WWE made the right call by having Nakamura eliminate Reigns to win the Royal Rumble.

The King of Strong Style will now go on to main event WrestleMania, against a familiar opponent. He chose to face AJ Styles, in a rematch of their epic Wrestle Kingdom 10 encounter. If you were unsure if you were going to watch WrestleMania before, the idea of this match should change your mind right away.

And now we go onto the women’s match. Having the men’s match first became an interesting move. After an emotional start to the evening, how would fan interaction play in for the women? By the end of the night, the fans were exhausted, but they were able to muster enough energy to make the women’s Royal Rumble memorable. Starting off the match were two pioneers for the modern day Women’s Evolution, Sasha Banks and Becky Lynch. It was a wise move pitting two members of WWE’s Four Horsewomen against one another. Since there were only 17 women from the main roster appearing in the event (Alicia Fox got injured before), there had to be a few surprises to fill up the 30 spots. There were of course, and boy did they deliver.

Coming in at number five was Lita. Her run in the Attitude and Ruthless Aggression Era’s paved the way for this match. A great moment that seemed to go unnoticed was Becky and her squaring off. Becky has openly said Lita was one of the reasons she started wrestling, so their interaction was a great passing of the torch moment. Another surprise came right after Lita in the form of Mae Young Classic winner Kairi Sane. She impressed with the limited time she was given, showing off her amazing flying elbow drop twice in the match. The surprises continued, as Torrie Wilson, Molly Holly, Michelle McCool, Vickie Guerrero, Kelly Kelly, Jacqueline, NXT Women’s Champion Ember Moon, Beth Phoenix, The Bella Twins and Trish Stratus all came out to standing ovations.

By looking at this match and the people who came out, there were a lot of stories to tell. Seeing stars who truly paved the way, (Lita, Molly Holly, McCool and Trish) get an extended moment to shine was a thing of beauty. It’s their just due after all these years. Seeing Beth Phoenix interact with the powerful Nia Jax was a spot to remember, and her moment with best friend Natalya was a true throwback. What got the fans going was Trish and her old pal Mickie James going against one another for the first time in years. Who could ever forget the classic rivalry these two had that made headlines leading up to their WrestleMania 22 encounter. Sasha turning on her friend Bayley may also be the final nail in the coffin of their friendship after months of speculation.

Just like the men’s match, the final participants involved had an old v. new style. Sasha and Asuka were on one end and The Bellas were on the other. The final two were Nikki Bella and Asuka, and in the most creative spot of the match, Asuka used her submission moves to attack the surgically-repaired neck of Nikki. One kick later, and Asuka became the first winner of the women’s Royal Rumble match. When she had her chance to choose between facing Charlotte Flair or Alexa Bliss for their titles, she was interrupted by a debuting Ronda Rousey. While who she will face is unknown, Asuka holds the keys to the castle. She can cement her legacy by remaining undefeated and winning a title at WrestleMania.

In the end, two Japanese stars ended up on top of the world. This is the first time true Japanese wrestlers won a match as big as the Royal Rumble. While Yokozuna was billed as Japanese, he was actually of Samoan decent. Nakamura and Asuka were the hottest thing heading into WWE and proved it in their time in NXT. After a slow start on the main roster, they will be headlining one of the biggest WrestleMania’s of all time. That is especially true for Nakamura. Who would have thunk it?

The 2018 Royal Rumble event was everything fans wanted and more. When’s the last time you heard that? Get ready folks, with two sensational superstars leading the way, the road to WrestleMania should be something.