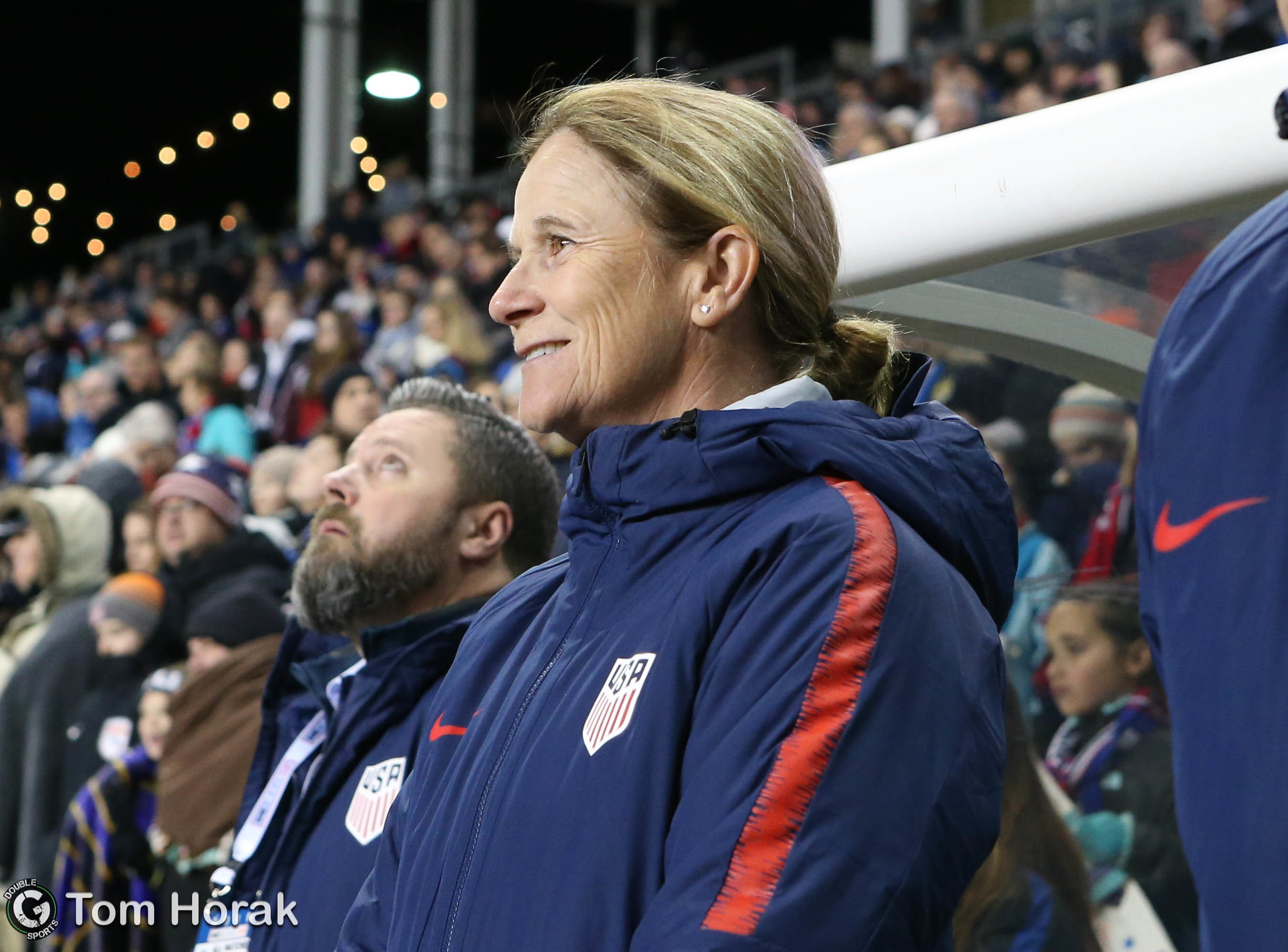 Jill Ellis steps down as coach of USWNT

Chicago, IL: There is a time in everyone’s career to move on to something better or just call it a career and US Soccer would start to find out it would be hard to replace someone who has had a lot of success.

On Tuesday, US Soccer would drop news that would rock the entire soccer world as US Women’s National Team Coach Jill Ellis is stepping down as coach after winning back-to-back World Cup titles.

BREAKING NEWS: Jill Ellis is stepping down as coach of the #USWNT after winning back-to-back World Cup titles. She will remain with the team through its five-game victory tour.

US Soccer Confirmed the report:

In a statement, Jill Ellis said the following:

“The opportunity to coach this team and work with these amazing women has been the honor of a lifetime, I want to thank and praise them for their commitment and passion to not only win championships but also raise the profile of this sport globally while being an inspiration to those who will follow them. I want to sincerely thank the world class coaches and staff with whom I’ve had the privilege to work – they are quintessential professionals and even better people. And finally, I want to thank the Federation for their support and investment in this program, as well as all the former players, coaches, and colleagues that have played an important role in this journey.”

The US Women’s National Team will begin their Victory Tour this weekend and the question is, will Jill Ellis be part of the tour. The answer is yes, as she will remain with the team through its five-game victory tour.

Jill Ellis will still have a role with US Soccer for at least the next year in the role of an Ambassador, which will include representing the Federation at various events and speaking engagements.

U.S. Soccer President Carlos Cordeiro on Jill Ellis:
“The U.S. Soccer Federation and the sport in general owes Jill a debt of gratitude, Jill was always extremely passionate about this team, analytical, tremendously focused and not afraid to make tough decisions while giving her players the freedom to play to their strengths. She helped raise the bar for women’s soccer in the USA and the world, and given the history of this program, the level of success she achieved is even more remarkable.”

Jill Ellis is indeed stepping down as USWNT coach, confirming news first reported by @JeffKassouf. Walks away off two straight Women’s World Cup titles. No other coach can claim that.

This is some valued points here:

1. Who's the GM? (I hear the choice has been made, but the name isn't public yet and the deal might not be done.)

2. Which of Vlatko Andonovski or Laura Harvey sees their season end first?

3. What is Sarina Wiegman's contract status in the Netherlands?