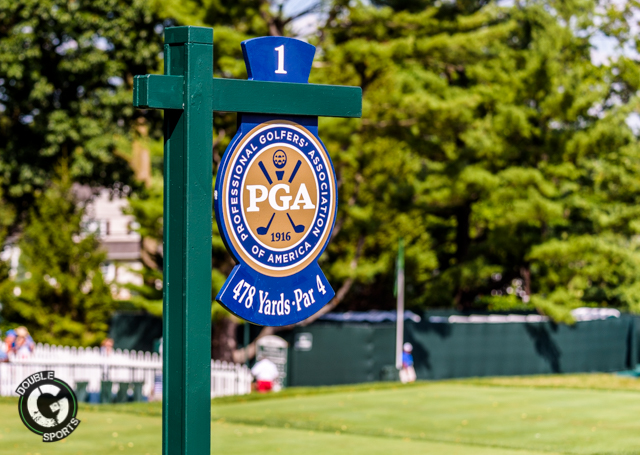 Jimmy Walker, Robert Streb Tied Atop Leaderboard After 2nd Round at PGA Championship

Jimmy Walker and Robert Streb certainly are making it feel like they both have been here before.

Walker posted a 4-under 66 and Streb posted a sizzling 7-under 63 to both move into a tie at 9-under atop the second round leaderboard heading into the weekend at the 98th PGA Championship at Baltusrol Golf Course in Springfield, New Jersey.

Streb becomes the 28th player ever to shoot a 63 in a major championship and both Streb and Walker tied for the lowest 36-hole score in PGA Championship history (131).

Walker, who is looking for his first major win and who had never led after any round in any major before in his career, had two birdies on the front nine on holes five and nine and made three consecutive birdies on 12, 13, and 14 to finish a solid day.

“I’m sure I’ll be excited and nervous. It’s not like nervous, oh, my gosh. It’s more like, man, this is going to be fun,” said Walker. “It’s not a negative. It’s just a new experience, and it will be fun. I mean, I’ve been in these situations before but not in a major. It’s still golf, and you want to go out and win. And you still have to go perform. Doesn’t matter what tournament it is. I’m excited.”

“You know, most of the year has been a big struggle, even since the PGA last year. I kind of felt like I kind of found something with my golf swing the last two weeks,” said Streb. “I started hitting it kind of solid, feeling a little bit like my golf swing again, and obviously made a bunch of putts today.”
Argentina’s Emiliano Grillo had another solid day, posting a 3-under 67, and defending champion Jason Day fired a 5-under 65 to both remain two shots back.

Open Champion Henrik Stenson rounds out the top five at 6-under, three shots back, after carding his second straight 67.