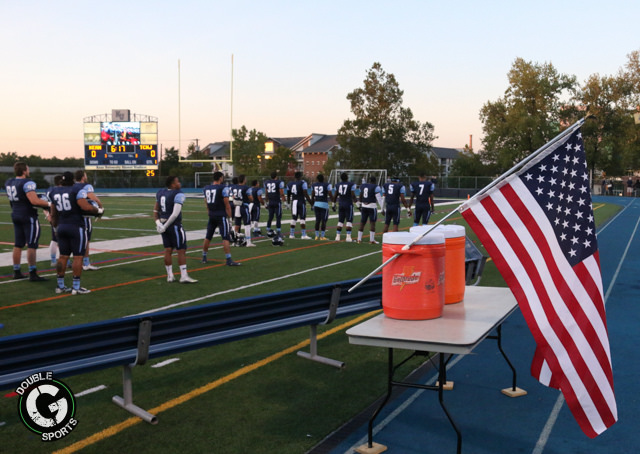 The Kean Cougars traveled to Springfield, MA to take on Springfield College. It was Kean’s season opener.

They didn’t get off to a great start as they gave up a 51 yard rushing touchdown to Springfield running back Jordan Wilcox. That would prove to be the lone score in the first quarter for both teams.

Like the first quarter, it was the only touchdown Kean’s defense gave up in the quarter. They trailed 14-0 at halftime.

After 10 minutes of scoreless football in the third quarter, Springfield quarterback found Wilcox on an eight yard touchdown pass. Springfield was in control, up 21-0. Once again, it was the only score of the quarter.

In the fourth quarter, Eglintine rushed for a one-yard touchdown to make the score 28-0 in favor of Springfield. It was looking as if Kean was going to get shut out.

However, in just two plays and 75 yards later, Kean got on the board when quarterback Charles App found running back Brian Matthews for a 15-yard score. The Cougars succeeded on a two-point conversion and made the score 28-8. That would prove to be the final score as Kean dropped their season opener.

App finished 10-16 passing for 122 yards and the touchdown to Matthews with four minutes left in the game. His longest pass went for 60 yards on their scoring drive in the fourth quarter.

To go along with his 15-yard touchdown reception, Matthews rushed 11 times for 111 yards, with his longest being 42 yards. Wide receiver Ben Guarino led the team with three catches for 70 yards.

Kean’s offense struggled with ball control, as well. Both Damian Corredor and Dylan Dzadik fumbled the ball in this game. Kicker Aryeh Moslavi missed his only field goal attempt of the game.

The Cougars (0-1) will head home to host Salisbury University in their home opener. Kickoff for that game is set for 1 p.m. ET.