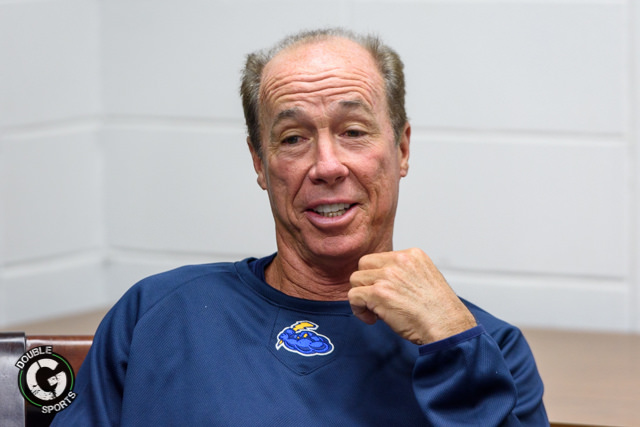 Trenton Thunder re-signed manager Bobby Mitchell after an 87 win season in 2016 that concluded with a loss in the Eastern League Championship Series. Mitchell, however, says this year’s team is set to be even better.

With the Yankees shedding bloated contracts and committing (mostly) to rebuild, there is a buzz of excitement around the clubhouse.  Mitchell stated a key factor this year will be to keep the stress level down so these new players can enjoy their experience and focus on development.

Trenton will feature three of the top ten Yankee prospects this season.

Gleyber Torres was named the Yankees top prospect and will start at shortstop in their season opener at Erie. Torres will get his first taste of Double-A ball after a productive spring in Florida. The 20-year old was confident in an interview on Tuesday, saying he will take it a game at a time and will adjust to the higher caliber of pitching. Torres also expressed gratitude to all the leadership he received from veteran players in Tampa. Alex Rodriguez specifically took a liking to the youngster.

Adams had a spectacular 13-1 record with 2.33 ERA last season in 127.1 innings. He will be given the start in their season opener.

Sheffield also posted a modest 3.09 ERA in his 125.1 innings. Sheffield was quick to mention on his own veteran mentoring received this spring, forging a special bond with all-star C.C. Sabathia.

The Thunder look primed for another winning season. Their mix of returning players and new talented prospects should make this a very exciting season for Trenton fans.