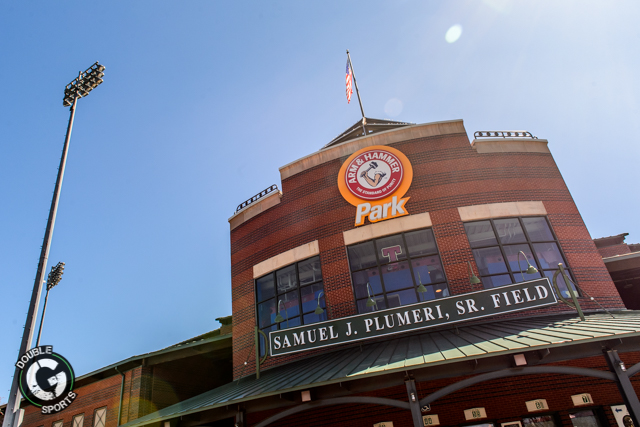 Last Dance Championship to be Played at Arm & Hammer Park

The 220-team Last Dance World Series is scheduled to conclude with a championship game on July 31.

The Trenton Thunder are the Double-A affiliate of the New York Yankees but the stadium has remained empty since the COVID-19 pandemic caused the cancellation of minor league baseball. FirstEnergy Park in Lakewood was also considered as a championship game host tournament organizers said.

Last Dance is scheduled to begin July 14 with pool play, before teams begin to be eliminated. Skylands Stadium in Sussex County, FirstEnergy Park and TD Bank Ballpark in Bridgewater are all expected to host single-elimination games leading up to the final.

The tournament is sanctioned by the United States Specialty Sports Association, not the NJSIAA. While many of the rosters will look like that of their high school seasons, none of the 220+ teams in the tournament are directly affiliated with New Jersey high schools. Teams are not allowed to wear high school uniforms.

Schedules, host sites, and teams participating in the Last Dance have not officially been finalized as tournament paperwork is not due in until June 26.

The tournament’s primary goal is to give those seniors who lost the spring season to COVID-19 one last dance as a high school baseball player. On Tuesday, the NJSIAA classified the tournament as a youth sporting event, which will allow high school coaches to participate and coach players from their school teams. However, due to summer recess guidelines by the NJSIAA, those coaches are not permitted to be involved until July 13. Any practices prior to July 13 will need to be organized by parents or volunteers.

Double G Sports has been a proponent of high school athletics and are glad to see many seniors get one last chance to play baseball at the high school level.