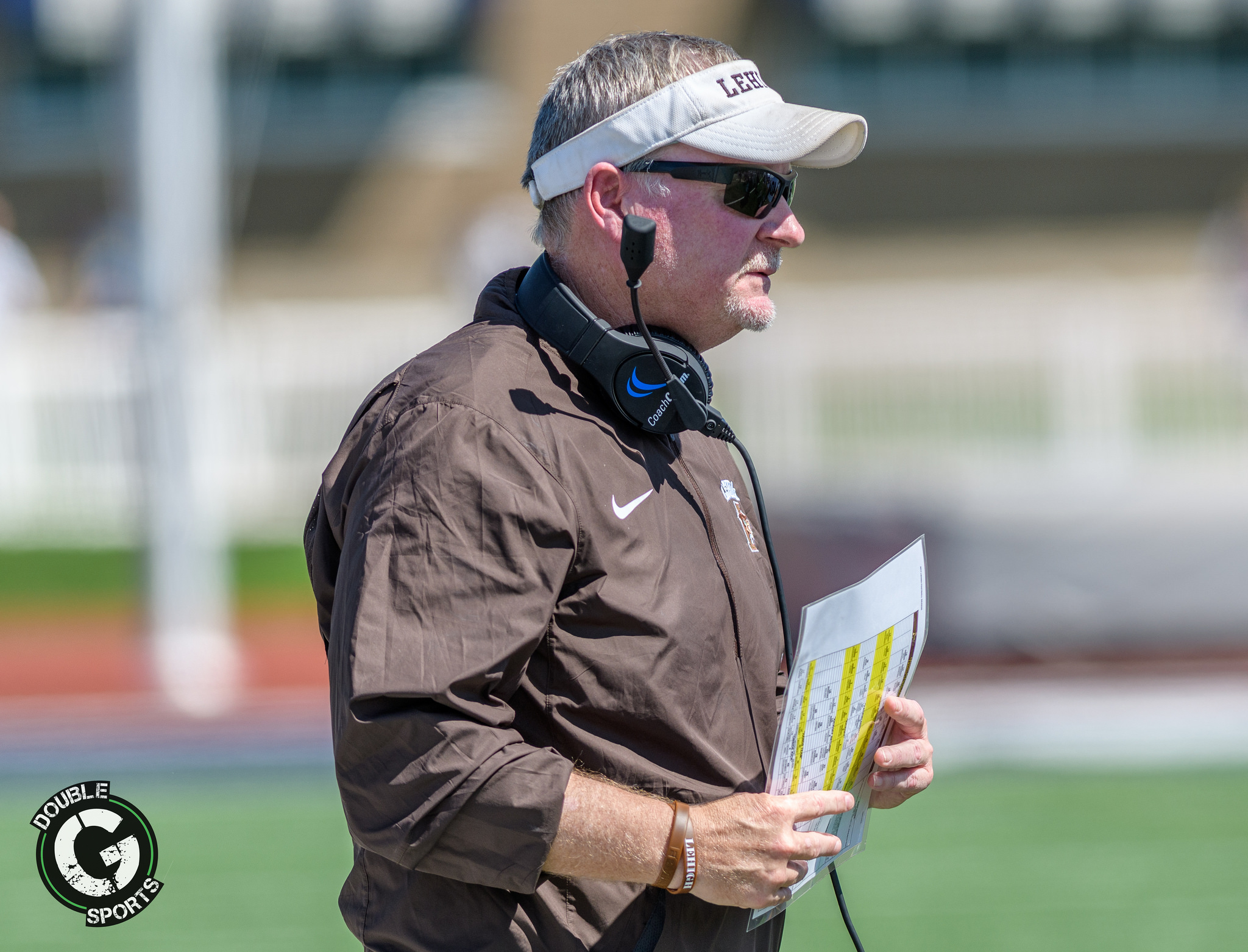 On an unseasonably warm first-fall-football-Saturday, the Lehigh Mountain Hawks found themselves on the losing end of a 65-47 high-scoring game against the visiting Pennsylvania Quakers. The looming question remains whether the Lehigh defense can stop the run. Or the pass. The Mountain Hawks have proven they can score with anyone in the country.

Lehigh Quarterback Brad Mayes threw for 444 yards and receivers Gatlin Casey and Troy Pelletier each amassed over 100 yards receiving (193 and 106 yards respectively) only to be outshined by the Quakers team total 366 yards rushing. Quaker running back Karekin Brooks gashed, slashed, and bashed his way to a 268 yard, three touchdown afternoon. When you score 47 points at home, you should win. Lehigh didn’t.

The final outcome doesn’t convey the game’s closeness. Through three quarters, it looked as though the team who possessed the ball last would win. The fact that this game featured a combined total of two punts is surprising, the fact that the combined total of 112 points set a Goodman Stadium record isn’t. But for a few untimely turnovers and penalties, the pendulum could’ve swung the other way. If Lehigh, down 49-35, managed to stop the Quaker offense on a key, early 4th quarter 4th down, momentum may have turned.

Facing 4th and 4 from the Lehigh 42, the Quakers flawlessly executed the Option. The play not only achieved a first down, but caught the Lehigh defense flatfooted and took the ball to the 18. Three running plays later, the Mountain Hawks were down 56-35, and the home crowd began heading for the exits.

The mental lapses and turnovers are fixable. The agony of losing close games against tough opponents is character-building.

Is 0-4 the end of the world for the Mountain Hawk faithful? The Lehigh University football team finds themselves winless in their first four games for only the third time in the Andy Cohen era. That’s bad news.

The season is still young and Lehigh has enough time, and enough schedule, left to right the ship. The good news is they have their full host of Patriot League games remaining. Not to mention, Andy Cohen is a proven coach – and proven winner.

If Lehigh can manage to shore up their run defense while still scoring at their current, torrid pace, there will still be hope for postseason football on South Mountain.