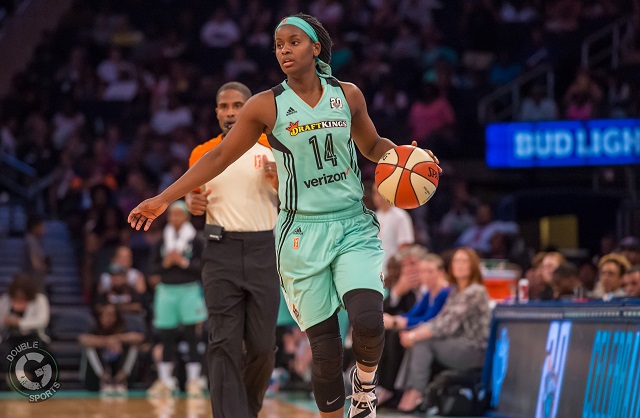 The New York Liberty made great strides during their latest three game set on the road this past week. They learned they are deep, can win without Tina Charles when necessary, and that Sugar Rodgers has taken the next step to near-elite status.

But the other side of the coin is playoff positioning and how important those first two slots are. New York inched closer to Minnesota when they defeated them on the opening game of the trip. The second win over Phoenix implied a shot at Los Angeles, who had lost only once to that point. The Liberty appear to have a legitimate opportunity for the second slot only as they went 0-for-3 against the Sparks, falling again 77-67 at the Staples Center.

The unique aspect of the 2016 WNBA playoff set is having a major effect as those who don’t get the top two spots will miss their chance to get straight to the semi-finals instead of the three and four seed bye which gets you to start in the second round and a single all or nothing game to advance. The Liberty are currently third overall but need to keep winning and hope teams take games off the Lynx and Sparks. Los Angeles in the first half look to be the team the beat so far. The defending WNBA champion, Minnesota did too until the three game skid that hit them but still remain three games ahead of the Liberty in that regard.

The Liberty return home tonight against Seattle at Madison Square Garden followed by a Sunday morning match against San Antonio. Two chances to chip away as we approach the halfway mark. New York will battle the retiring Lauren Jackson and veteran Sue Bird, reminders of the Storm glory days, a place New York, in its 20th season, would like to experience once.