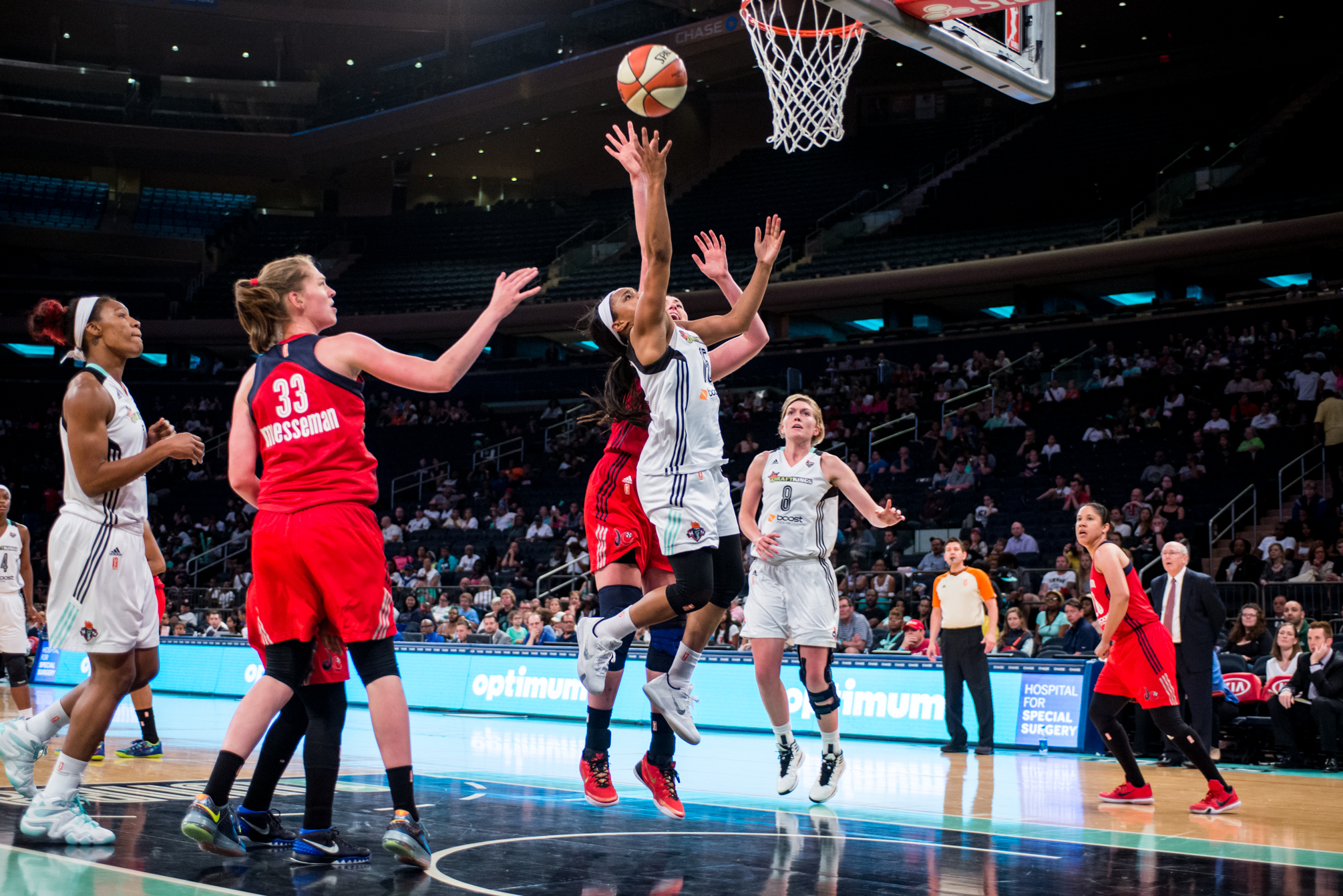 The Washington Mystics came in to Madison Square Garden a hungry basketball team. They were fighting for playoff position while the New York Liberty had nothing to play for as they had already wrapped up the league’s best record and home court for the 2015 playoffs. The results showed.

The highlight of the night was the pre-game festivities honoring the memory of the victims of 9-11-01. Then, the two teams proceeded to switch identities in a perverse kind of Freaky Friday way.

The Mystics (18-15) came out quick and were defensively active. They ran the Liberty off the court and shot the ball well too. New York (23-10) repeated the one-shot and done mantra. Though losing a game was not out of the question, the manner in which they got handled on their homecourt and probably against their first round opponent next week, did not bode well. Washington has won three of four matchups against New York this year.

“This is one of those catch-22 games where you want to come out with the energy and focus required across the board to win a basketball game and we didn’t,” Liberty head coach Bill Laimbeer responded. “I get it from a player’s perspective that it’s really tough, but at the same time this is still a professional basketball league.”

In games like this, you look for positives. Erica Wheeler scoring in double digits after being held scoreless in her debut was encouraging. Avery Warley-Talbert showed that rust from limited minutes all year did not dull her edge by scoring twelve points. But for the most part, New York was in third gear. To prove that its never to late to learn, Swin Cash reminded everyone what happened here cannot become a habit.

“They came in here and wanted it more,” Cash explained. “It is embarrassing, we move forward and we’ll learn from this.”

The Liberty tried hard but that desperation to win every ball was not on display tonight. Only one game remains, in Indiana, before its gets serious on Friday for the opening game of the playoffs. The only fear is that by taking the foot off the gas, it will be difficult to put it in first gear on the fly. However, Laimbeer is not that worried. He has ridden this team hard and for the most part they have responded. He has pointed out again and again that the players will ultimately decide their destiny.

“We are not concerned about it, our record speaks for itself,” Laimbeer said. “The player’s feel worse than anybody else. They’re angry with themselves. Hopefully this is where it ends.” The season ends Sunday but the second season begins Friday night at Madison Square Garden against an opponent to be named later.

Liberty Clinch Home Court Advantage Throughout WNBA Playoffs
The Knicks Trading Carmelo Anthony? Let’s Get That Idea Out Of Our Heads