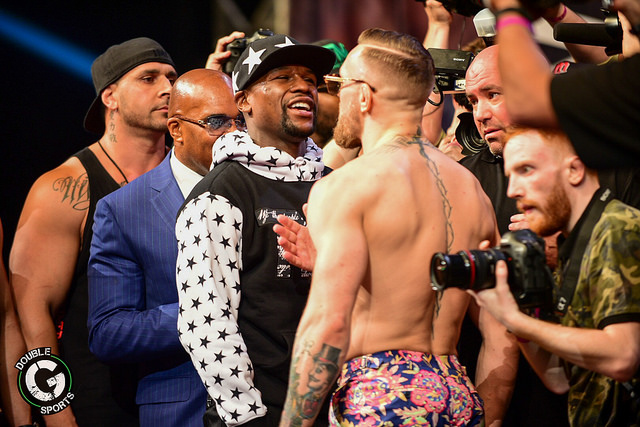 It’s almost here! The fight between two of the best fighters of their respected sports is this Saturday, and the entire world will be watching. Before they do, Floyd Mayweather (49-0 boxing record) and Conor McGregor (21-3 MMA record) will test each others’ mic skills one last time. They will speak to the press today at 4pm ET at the KA Theater at the MGM Grand in Las Vegas, Nevada. The “Showtime pre-show” begins at 3:45pm ET.

You can watch the live conference here:

It has been a while since we saw these two together. The last time that happened, they were dropping Pipe Bombs on one another during the Mayweather v. McGregor World Tour.  They went from Los Angeles to Toronto, straight to Brooklyn and made one final stop in London. While tiring, the two exchanged some brutal remarks about one another.

What can we expect from today’s press conference? Controversy for one, and a lot of jokes from both sides. The atmosphere may be like the U.K. crowd during the final days of the tour; a heavy contingent of Conor fans have made their way to Vegas for the fight. That shouldn’t bother Floyd all that much, due to the fact that the sport of boxing is his area of expertise.

Before the fight either excites you or disappoints you, we have one more appetizer to enjoy. Just sit back, relax and enjoy what should be quite a show.