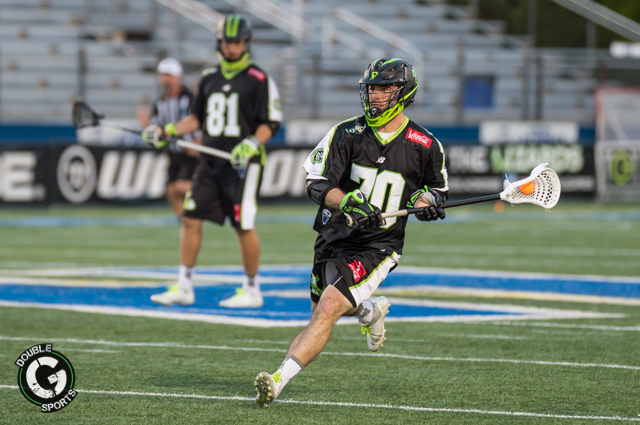 Lizards drop both on weekend, on three game losing streak

Well if last week wasn’t bad enough when the New York Lizards got blown out by the Ohio Machine 25-13, the ‘Zards dropped both their games this weekend as well.  Neither games were blowouts, with the Lizards losing 16-12 to the Denver Outlaws on the road and 16-14 at home against the Atlanta Blaze, but they are doing the exact opposite of what needs to be done during this tight MLL season.  Every team is competitive, every team is capable of winning the Steinfeld Cup and the Lizards are plummeting down the standings with each loss.

The Lizards made their way to the Mile High city after defeating the Outlaws at home in their opening day game, but luck was not on their side.  The Lizards took the lead in the first quarter but wound up being down by a goal by the end of the first half, 6-5.

The second half did not start off too favorably, with the Outlaws scoring four straight goals to pad their lead to four goals.  The Lizards responded early in the fourth to get the lead back to one goal, but Eric Law made sure the comeback was for naught, netting a goal that made it 14-11 and essentially put the game away.

Rob Pannell was the start of the Lizards again, potting three goals and assisting on two goals.  Paul Rabil had another two goals and Joe Locascio had a hat trick of his own.  This game was extremely chippy but the Lizards were undisciplined in their own end, racking up multiple unnecessary roughness and delay of game penalties.

Lizards lose to an inferior Blaze team at home

This loss stung much more than the Outlaws, as the Lizards could have coasted to a win if they had just protected the two point line.  The Lizards racked up the points in the first half, firing shots from all angles and using Mike Bocklet’s hat trick to propel them to an 8-3 lead in the first half.

The lead meant nothing because Deemer Class was a one-man wrecking crew.  He scored THREE two-point shots in the second half, giving the Blaze the offensive spark they needed.  Drew Adams was good for most of the game, but fell apart during the third quarter, giving up seven goals including two of Class’ two pointers.

The Lizards had a few opportunities to tie the game but Matt Gibson, formerly of the Lizards, was able to score an empty net goal to put the game away.  A mix of bad penalties and a five hole shot by Rob Pannell that JUST managed to stay out of the net contributed to a bad Lizards’ loss.  If they’re going to make the playoffs, they need to be better.

Brendan Fowler was excellent at the faceoff circle, winning 21 of his 30 bouts.  Rob Pannell was excellent once again, scoring four goals and adding four assists.  Paul Rabil had another two goals (consistent as ever) but for the most part the Lizards were shut down by the Blaze defense.