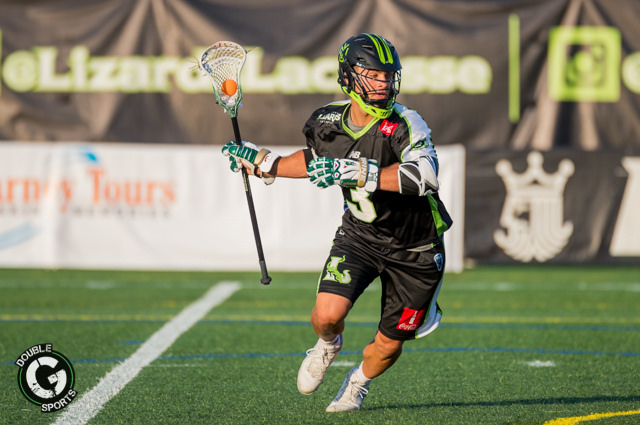 The New York Lizards ended a disappointing season with a 17-14 win over the Charlotte Hounds.  Unfortunately, their fate had already been sealed by that point as they were eliminated from the playoffs by the Ohio Machine on the road.  The Lizards finished with a 7-7 record and missed the playoffs for the first time in four years.

Long Island’s lacrosse team is looking to recapture some of that magic they had during their 2015 championship run.  Some of their mainstays have left the team, but most of their cornerstone players are still with the Lizards.  They were busy during last season’s trade deadline, acquiring UMASS standout Will Manny and Joe Locascio from the Boston Cannons.  In addition, this offseason has been a hectic one, acquiring Matt Landis from the Cannons and former NCAA Tournament MVP and Wantagh native Brendan Fowler from the Charlotte Hounds.

In addition to their trades, the ‘Zards selected 13 players in this year’s MLL Supplemental Draft.  There are plenty of new faces on the team, but the mission is still the same;  Take home the Steinfeld Cup.  Head coach Joe Spallina and his coaching staff are ready to take the next step again and become a championship caliber team.  They have the talent, they just need to put it all together this season.

Probably the most well-known lacrosse player in the world outside of Casey Powell, Paul Rabil brings a swagger and creative flair to the Lizards’ offense.  Rabil was the MVP of the 2015 Steinfeld Cup and has been a winner everywhere he goes.  He is the heart and soul of this Lizards team and when he is on his game this team can score goals in bunches.  Look for Rabil to have a hot start to the season.

Another long-standing member of the New York Lizards, Pannell comes into this season looking to repeat his season-high 74 point performance during the 2016 season.  He is an extremely talented scorer, and the Cornell graduate is looking to take his game to an even higher level.  The combination of Pannell and Rabil could be deadly given enough time and space.  Pannell will be able to play off his teammates and should return to his Player of the Year form from just two seasons ago.

The young midfielder feels right at home, playing his home games where he played for years at Hofstra University.  Another Long Island native (as most are), DeNapoli brings a fire to the team down the middle of the field.  He has a knack for scoring, tallying 55 points over his MLL career.  He brings veteran leadership and some serious speed to the midfield core of the Lizards and will be a key player all season.

One of the few Team USA members currently on the roster, Hartzell also brings a lot of experience to the Lizards, participating in his fifth season with the team.  The defenseman is the stalwart of the tight defense the ‘Zards play and will be relied upon heavily during the season.  He has the accolades to back it up, being a four time All-Star and First Team All-Pro throughout his illustrious career.

The elder statesman of the team and the backbone of the Lizards, Adams is now in his ninth season with the Lizards.  Adams is a five time All-Star and also a member of Team USA.  The team runs through him and his ability to make spectacular saves is what keeps the fans coming back.  If he can play as steady as he has the past eight seasons, the Lizards will be in good shape.

How the Lizards win another championship

Get off to a hot start

This may seem pretty simple to say, but the Lizards must get off to a good start if they want to dream about making this year’s MLL Playoffs.  The league is as competitive as ever, and there is parity throughout.  There’s no such thing as an easy game anymore as every team in the league is stacked.

The Lizards fell into a 2-4 hole after losing three straight at the beginning of the season.  They were better in the second half but were never able to erase the big deficit they put themselves in after such a poor start.  If they’re going to make the playoffs, they need to win at least four of their first six games.  Anything less will leave them susceptible to missing the playoffs by just one game, as they did last season.

Replicate their past faceoff success with Brendan Fowler

As mentioned before, the Lizards traded with the Charlotte Hounds for standout faceoff specialist Brendan Fowler.  Fowler has shone in the past that faceoffs mean everything, as he won MVP of the entire NCAA Tournament during Duke’s 2013 championship run.

Fowler replaces fan favorite and legendary faceoff man Greg Gurenlian.  Gurenlian was actually the one scouting Fowler all along, as he announced that he would retire at the end of last season.  The veteran was able to convince the Lizards’ brass to trade for Fowler and Fowler should bring some much needed grit to the team.  If Fowler can be the man he was for the Hounds, the hometown kid will become a fan favorite and a game changer.

Joe Fletcher is a former All-Star defenseman and was the 2015 MLL Defensive Player of the Year.  He has had a down two years, as the Lizards gave up nearly 200 goals last season.  Fletcher, along with Kyle Hartzell, is one of the most important players on this year’s squad.

Fletcher can be a game-changing defenseman and has shown to be extremely durable.  He hasn’t missed many games in his five year career with the Lizards and will look to continue that trend this season.  If the Lizards can cut down their goal differential by just ten goals it could mean the difference between playoffs or bust.

At the end of the day, the New York Lizards have all the talent in the world.  They have two of the top five scorers in the entire league, an All-Pro goaltender and one of the best defensive corps in the MLL today.  Bringing in fresh blood like Manny and Fowler can only help, and I foresee the Lizards having a much better season than they did last year.  It may not be championship or bust, but it sure feels that way.  The season starts this Saturday, April 21st at Hofstra.  Long Islanders, make sure to come out and support your team.  It’s going to be a great season, and hopefully it ends with a victory in the Steinfeld Cup.