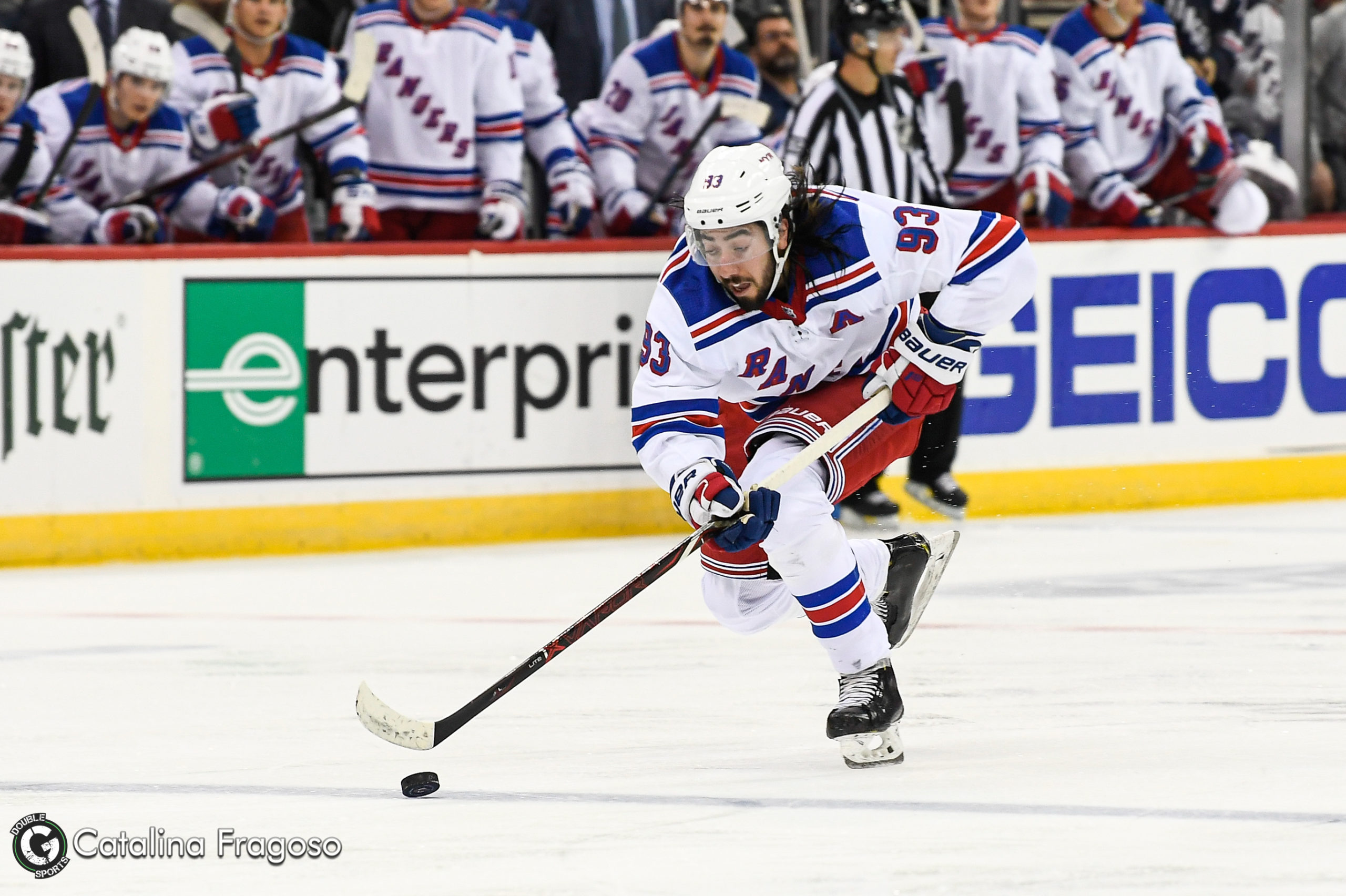 The trade deadline looms and the local teams will be right in the thick of things. The Islanders and Flyers will look to gear up for playoff runs, the Devils will sell off pieces and the Rangers need to choose which side to be on. We had four voters this week including myself.

The Rangers have suddenly appeared as a playoff threat in the east. A 3-0-0 week has put them just four points out of the final Wild Card spot. They began in Chicago where a five-goal third period helped them get the best of the Blackhawks. Chris Kreider had three points as part of a five-goal third period which either gives him more trade value or is more of a reason to keep him depending on who you ask. It was a wild period with total goals scored in 11:04 but New York came out on top 6-3. Their next game was in Carolina against another Metropolitan Division team looking for a playoff spot. It was Mika Zibanejad’s turn in the spotlight as he had three points to help the Rangers to a 5-2 victory. Most importantly, the Canes got no points out of the game. New York finished the week at the Garden with a matchup against the Sharks. Joe Thornton gave San Jose a 2-1 lead in the second but Zibanejad tied it up late in that period and Jesper Fast got the game-winner in the third to give the Rangers seven wins in their last eight contests. Igor Shesterkin made 44 saves to improve his record to 9-1. With the deadline on Monday, the Rangers will need to decide if they are contenders or if familiar faces, like Kreider or Henrik Lundqvist, could be on the move. Either way, big games sit ahead for New York, beginning with their final matchup of the season with the Islanders and then one in Montreal before a home-and-home with the Flyers to end the week.

The Flyers won some huge games this week en route to a top-three spot in the Metropolitan Division. They began with a crucial home-and-home with the Columbus Blue Jackets. Philly would dominate the first game at home, chasing Elvis Merzlikins and handing the Jackets their sixth straight loss in a 5-1 victory. The second game, in Columbus, was a little closer. The Flyers rallied back from a 3-1 second-period deficit to force overtime where Kevin Hayes would snag Philadelphia the extra point. Those two games gave the Flyers a net-gain of five points in the standings on their division foe. A 4-2 win over the Winnipeg Jets behind two goals from Scott Laughton capped off a perfect week for the orange and black. Not too much news has come out of the Flyers’ camp with the trade deadline approaching but anything is possible. Postdeadline, Philly hosts the Sharks before another crucial home-and-home, this time with the Rangers.

The Islanders’ offense was nowhere to be found as they finished a 0-4-0 road trip this week but things looked promising once they returned home. After going eight full periods without a goal, New York got on the board in Arizona thanks to an assist from the newest Islander, Andy Greene. It was too little too late, however, as they fell 2-1 to the Yotes. They suffered a similar too-little-too-late fate in Colorado when Brock Nelson saved them from being shut out with a late goal in a 3-1 loss. The Islanders were outscored 11-2 on their four-game road trip. Returning home brought new life for New York as the team bounced back to defeat the Detroit Red Wings 4-1 following John Tonelli’s jersey retirement ceremony. Maybe it was just that the Wings are bad. Regardless, Jordan Eberle got his first hat trick as an Islander and Greene, the noted offensive defenseman he is, picked up his second assist with the team, this time on the power play. Greene has slid right into Adam Pelech’s slot in the lineup and performed much the same way, eating up minutes in 5-on-5 time and on the penalty kill. He didn’t get a point in the Islanders’ next game but captain Anders Lee carried the day with two goals and an assist to help lead New York to another 4-1 win. The Islanders briefly fell out of a playoff spot but worked they’re way back to within a point of the Flyers for third in the Metro with a game in hand. They have tough games coming up this week, facing the rival Rangers. defending Stanley Cup Champion Blues and the President’s Trophy race leading Bruins.

A positive week for the Devils didn’t start that way as they were shut out by Jordan Binnington in St. Louis in a game where New Jersey managed just 17 shots on goal. Back home, the Devils got two wins, beginning with a tilt against San Jose. PK Subban broke a 1-1 tie early in the third and the score would hold as the Sharks took their first of three losses to local teams this past week. Two nights later, Alex Ovechkin notched his 700th career goal but Damon Severson got the last laugh, recording the game-winner with just under two minutes to play, lifting New Jersey to a 3-2 win over the Metropolitan Division leaders. Mackenzie Blackwood made 69 saves over the two wins. This week, the Devils make a stop in Detroit on their way out to California for matchups in Anaheim, Los Angeles and San Jose.

Devils Handle the Sharks on Thursday, but up Next: Ovi and the Capitals on Saturday
Flyers Add Depth at the Deadline
Posting....